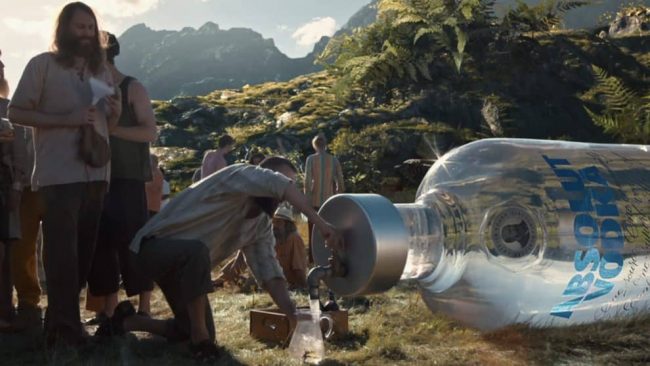 So the family got together tonight and watched “Downsizing” on iTunes. It became available for home rental last week.

I’d seen the trailers for this movie last autumn and I thought the premise looked quite interesting. It’s billed as a comedy. The world is in ecological turmoil and Norwegian scientists have come up with a solution: an irreversible cellular miniaturization process that shrinks folks down to about 5-inches tall. The small people have less of an impact on the environment, hence the world will last longer.

The movie starts out as the trailer depicts and is quite interesting. Seeing how the small people live, the miniaturization process, how much further money goes when you’re buying small versions of everything, stuff like that. It took me a few moments to figure out why everyone had big antennas stuck to their miniaturized iPhones and then I appreciated the, pardon the pun, little details that brought authenticity to this alternative universe. A quick aside, some of the special effects were not as good as I expected them to be in a 2017/2018 movie.

The problem was about a third of the way into the movie I started wondering what the point and/or the plot was. Where was this movie headed?

Apparently the director or producer realized the same thing and the entire movie takes a sharp left turn into whack-a-doo world where being tall or small doesn’t really matter anymore. In fact, near the end when we see the “smalls” flying in their special section of an airplane to return from where they had all this weird twist to the plot, I was like, “Oh yeah, they’re smaller than everyone else, totally forgot about that.”

The problem is, the plot was so weak, we took a break to make snacks and ask ourselves, what is the point of this movie? Characters just disappeared. Scenes that appeared in the trailer are nowhere to be found in the actual movie and the whole whimsy small people on a ferris-wheel vibe is mindlessly absent from the finished project.

I’m happy we chose to watch this movie via iTunes because we were only out $5.99. We probably should have checked Netflix and watched it as part of a monthly rental package.

Had we experienced “Downsizing” in the theatre we would have definitely been out too much money.

This was more than a small disappointment.