A couple of weeks ago, when Earl and I were at the Hollywood Casino in Tunica Resorts, Mississippi, I hit the jackpot on a slot machine. As I mentioned in that blog entry, I was quite happy about the whole ordeal and I instantly knew what I was going to do with my winnings.

I bought Earl a new computer. He’s been using the same MacBook Pro for a few years and it’s getting tired. It works but it’s slow. We’ve copied the data from previous computers over and over again to the point that his 2010 MacBook Pro still has settings for Sprint Dial-Up Internet service. This has made his fast computer very slow.

Talking it over, he decided that he’d like a desktop computer, since he doesn’t take his laptop with him anymore, he travels with his personal iPad. We went to the Apple Store and looked over the options and decided on a 21.5-inch iMac with Retina Display. It arrived today.

This thing is gorgeous. 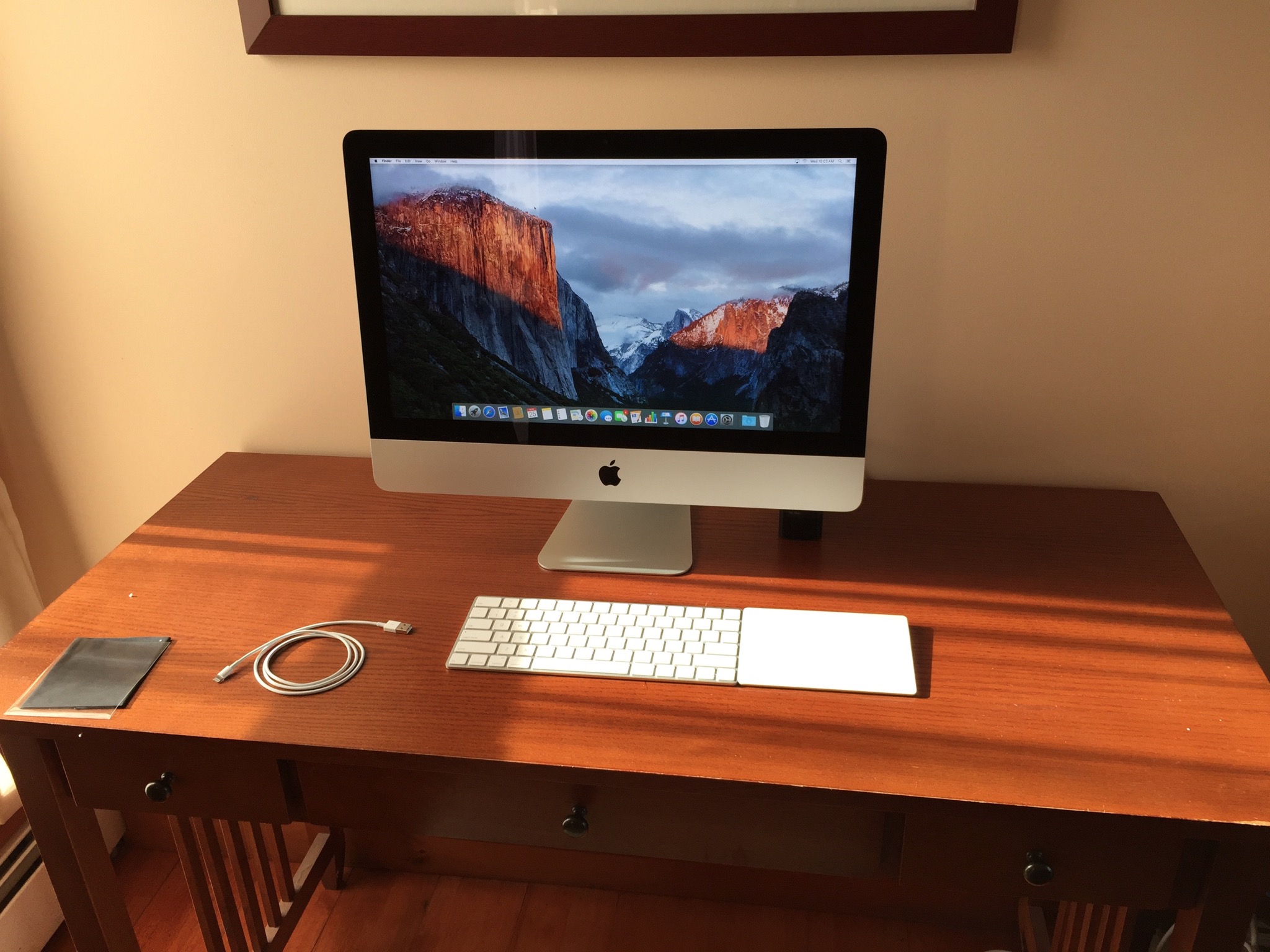 One thing that we decided on was that we were not going to copy over the data from his old computer, but start from scratch. Apple still makes this quite easy; you sign in with your iCloud credentials and the stuff you have backed up to iCloud fills in the blanks on your new computer. It doesn’t carry over all the old sludge, just the pertinent information you need to get up and running: passwords, mail account information, web browser bookmarks, etc. In less than an hour Earl was up and running at full speed on his new computer.

Buying this computer was important to me. In 2002 I hit the jackpot on a slot machine at the local casino and promptly bought myself a computer, without even considering our financial needs at the time. Earl and I had a pretty good fight about it (it’s called the “That Time I Was A Dick in 2002 Incident”, not to be confused with “The Great American Incident of 1999” which involved flying potato chips) and that decision has haunted me every time I’ve walked into a casino for the past 13 years.

Earl would never buy himself a computer; he won’t admit that his laptop is hideously slow, but it is and I can see the frustration in his face when he’s using it. It meant a lot to him that we decided to buy this new computer together and he’s already enjoying it very much.

And now I’m ready for the next jackpot opportunity!