I took Earl for his first flight with me as Pilot-In-Command. We decided that it would be a short flight and that we would highlight just a few things in the immediate area. We flew over the house, flew over Earl’s work and I showed Earl a couple of landmarks around the house. It was a great way to get him acquainted with flying in a single-engine airplane and with his husband as the Pilot-In-Command.

Earl had a wonderful time and took quite a few pictures. The flight was smoother than he thought it would be and he was impressed by my landing skills. He wishes airline pilots could land their airliners as smoothly as I landed the Cherokee 140.

We took this selfie at 3000-feet. He’s not sitting in the backseat, but rather just with the seat all the way back so he had plenty of leg room. 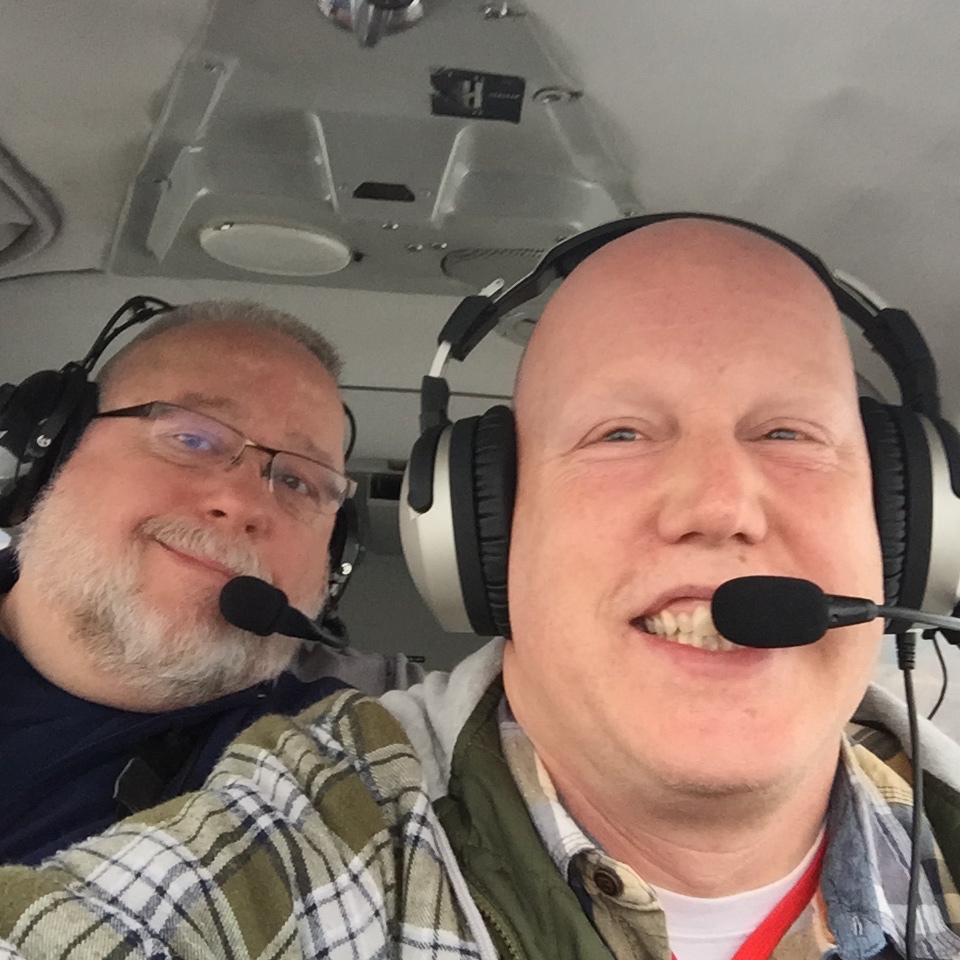