This may come as a surprise to some but I am excited beyond belief to type this next sentence:

I had my first student pilot lesson today! 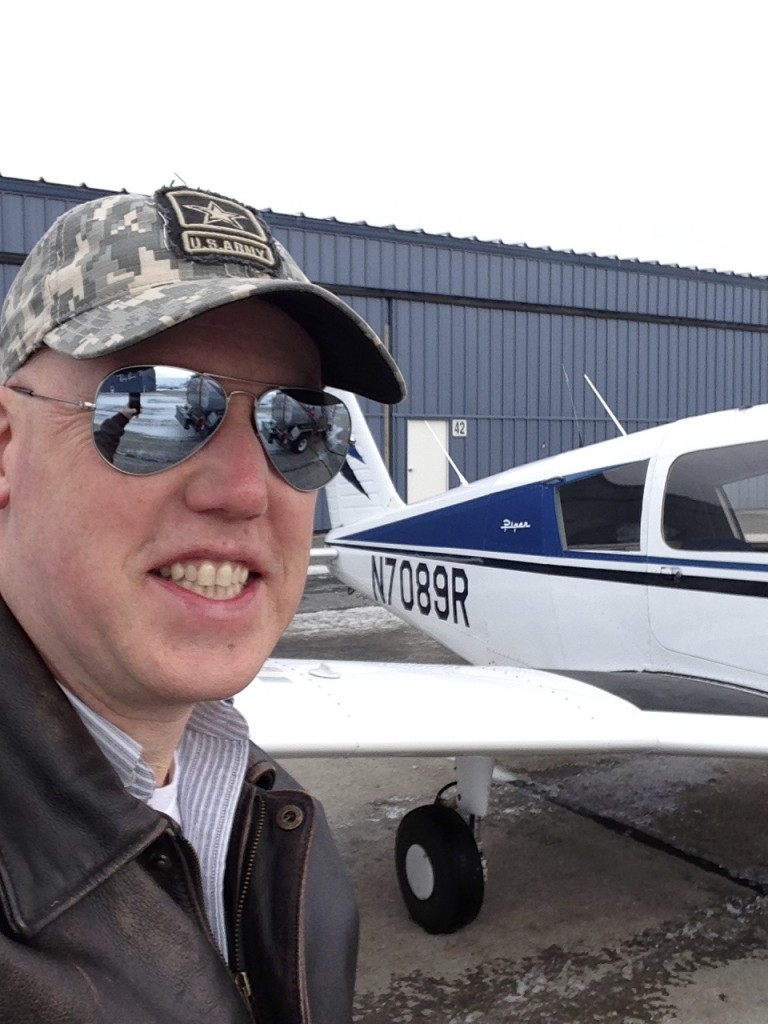 Technically it was my introductory lesson, but after take off of the VERY long runway at Griffiss International Airport in the Piper Cherokee 140, my flight instructor said to me, “Congratulations, you are flying!” And indeed I was, in the pilots’ seat, behind the controls of the Cherokee. My hand was on the throttle, my other hand on the yoke, my feet on the rudder pedals and my eyes on the horizon. 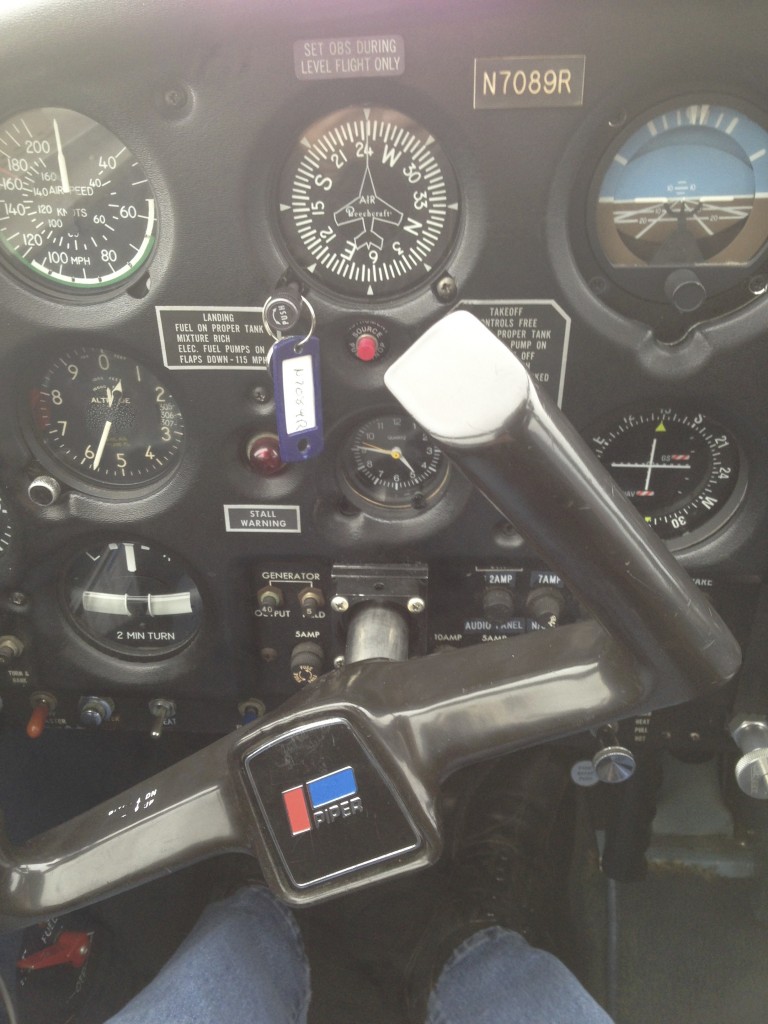 (Taken after we landed).

Starting as a young kid I flew in small planes with my dad and my grandfather and friends of the family over the years and I have always enjoyed every moment of those experiences, even the times I flew with my grandfather (he was a little jerky with his movements in the cockpit in comparison to riding with my dad). While I sat in the pilot seat of a Cessna 150 a few times, my experience has always been as a passenger in the co-pilot seat. Dad said “here, take the stick” quite a few times and I would do just that, but takeoff and landing was always handled by the pilot. Today, I took off and landed and flew around with a whole bunch of instruction from the flight instructor. 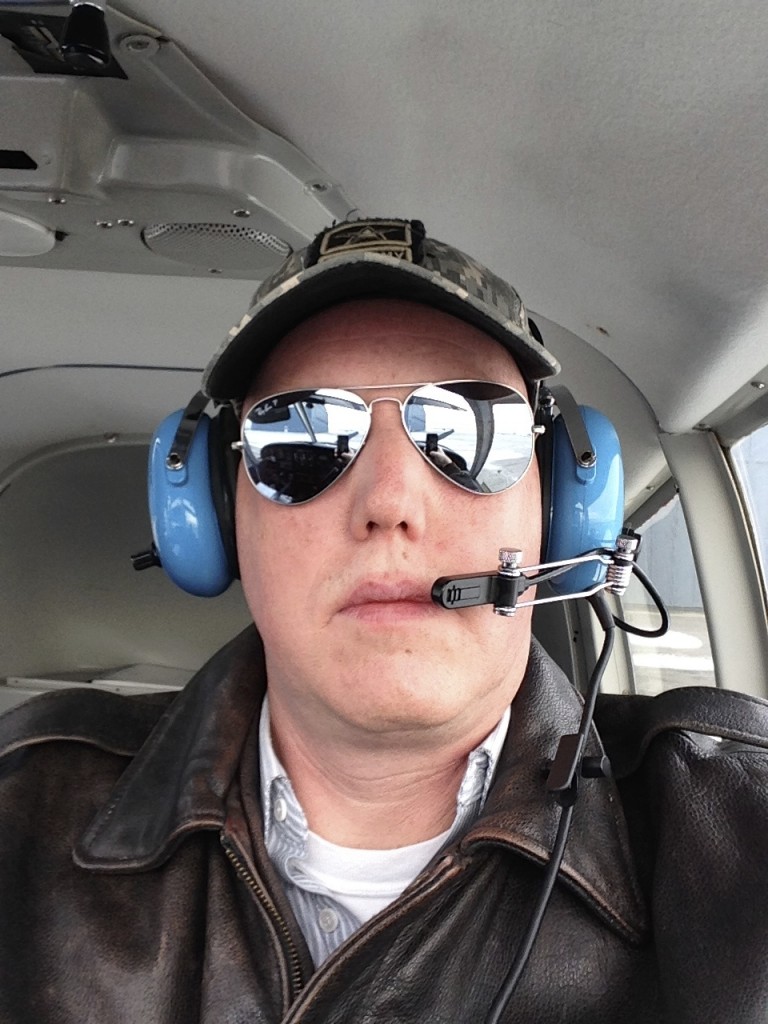 My experience in small planes was always at small airstrips which most of the time amounted to a mowed down section of a hay field, so as we were coming in for a landing at Griffiss, I said to myself, “holy shit that’s a long runway” (Griffiss’ runway clocks in at 11,820 feet). We landed long so we wouldn’t have to taxi forever to get back to the hanger. Wow, that runway is huge.

After talking about the requirements to get my private pilot certification, we went out to the plane and went through the pre-flight checklist and the like. I made a bunch of mental notes and then we went flying. We spent a little less than an hour in the air in the “student practice area” west of the airport. Learning to use visual navigational aids, I did what I thought was a nice turn at 3200′ around the hotel tower at Turning Stone Casino. Just to get a feel for the controls, on the way there I did some turns between the airport and Sylvan Beach on the eastern shore of Oneida Lake. After a few more maneuvers, we headed back to Griffiss and landed on that really long runway. After the plane was fueled and put away in its hanger, we went back to the aviation club room where I met some of the other club members and hung out with the guys for a bit. It was very reminiscent of hanging with the pilots in the picnic area at the airport near my Dad’s house on a Sunday afternoon.

The only thing missing from this experience today was being able to call up Dad and tell him that I became a student pilot today. After sharing the experience with Earl, I called my Mom and told her the news. She could tell by the excitement in my voice that I was very excited about the whole experience and that I was really looking forward to this new adventure in my life. 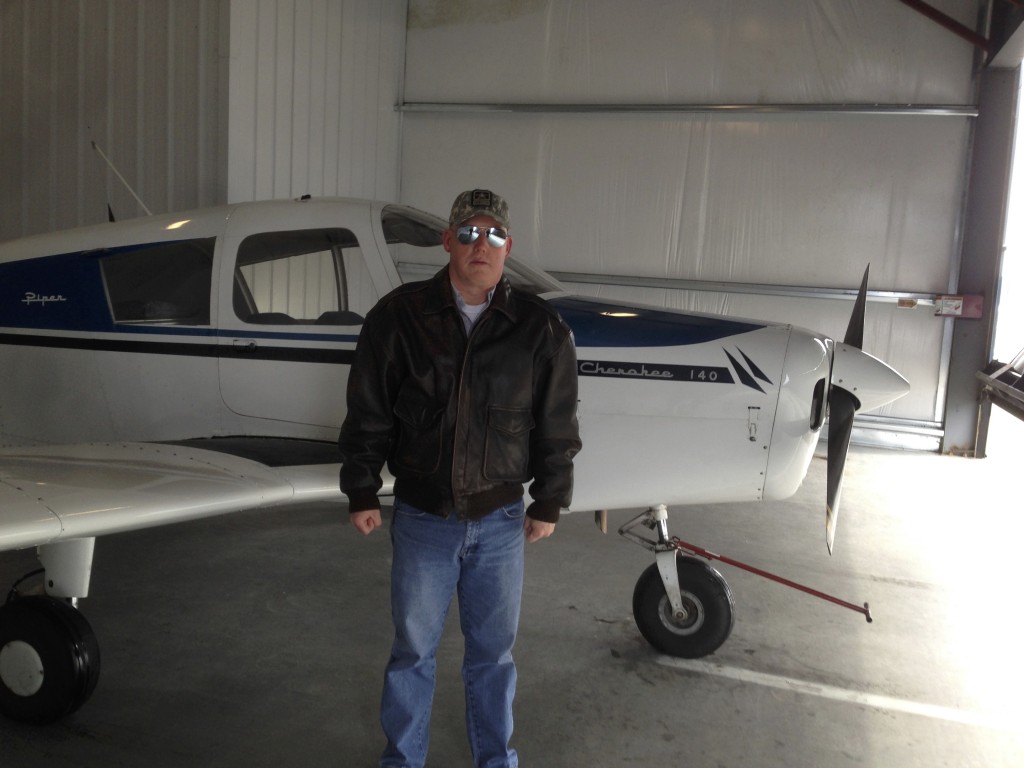 I am so happy that I took this first step and I am really looking forward to my next lesson. I kept saying, “THAT was awesome!”. I have to admit that I was nervous when we first took off but after a few moments I started calming down and I was starting to feel the beginnings of confidence. The instructor kept saying how much he loved to fly and I couldn’t agree with him more. Looking out over the snowy landscape, with Oneida Lake off in the distance and me actually in the pilots’ seat was like a dream come true.