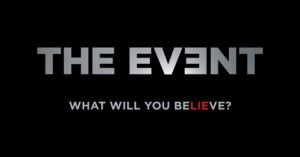 I mentioned a while back that I really enjoyed the NBC series “The Event”. True to NBC traditional behavior, the network canceled the series before we ever really found out what the event actually was, but that’s what network executives do nowadays.

I’m feeling that way in life right now. I don’t know that there is an event on my horizon as much as I want an event to be on my horizon. Perhaps this is yet another chapter in some sort of mid-life crisis. I’m basically a happy guy and I love my life, but I feel like there’s something that I should be doing or something that should be happening that hasn’t been done or happened yet. I worry that I might be missing out on something. Whilst many parts of my life wade into the deep water, I feel like there’s way too much going on in the shallow. Do we need to move? Am I challenged enough? Are my current challenges too predictable? Am I in the wrong museum, looking at the wrong big picture, yet again?

I don’t think that last question is the case. I like what I do, I like with whom I do it and I don’t feel a need to change there. That goes for all facets of my life. All of my relationships are rock-solid and I wouldn’t change a thing there. Maybe it’s the landscape. Maybe it’s the last vestiges of cabin fever, though we’ve been traveling enough that one would think that wouldn’t be an issue. Perhaps it’s a fear of a rut.

Maybe I need to jump out of an airplane or something.