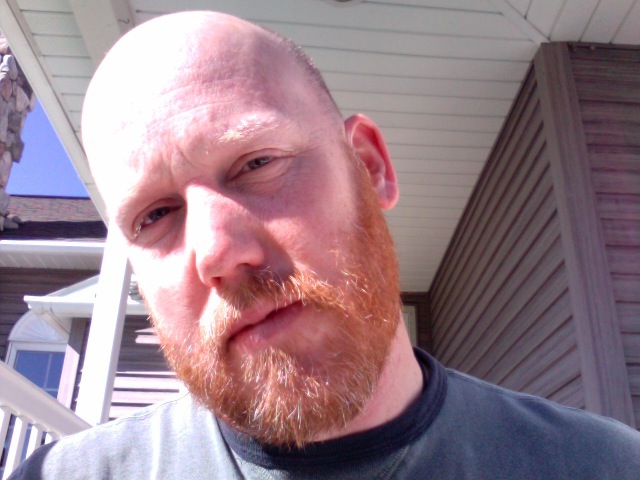 I called in sick for the first time in around 15 years today. I’ve been fighting a bit of a cold for the past 48 hours and this morning I just couldn’t get my head off the pillow. I was up most of the night with the sniffles. I’m hoping that a day at home resting will help the situation so that I can get back to work tomorrow.

I’m not a fan of calling in sick. I don’t really believe in it. However, I felt that I would be doing more harm than good by going into the office: I would prolong whatever it is that I have and I would not get any better due to being in the office. The new landlord of the building has decided that the lease agreement with the company I work for is unfair to him. Said lease agreement includes utilities. He thinks they should pay extra for utilities. To make his point, he has decided to not turn on the heat until November. It has been between 55 and 60 in the office all week. Thank goodness for sunny afternoons, it has allowed the office to warm up to a generous 62.

I don’t mind working in cool environment, but it’s probably better to be moving around to keep warm. My job involves sitting at a desk, talking on the telephone and troubleshooting various components of networks that span hundreds of miles. Aside from the brain power, there’s not a lot of moving around. I can’t help but think sitting in the cold allowed whatever wanted to make my body ill to make it’s move on my system. Therefore, I have sniffles.

Hopefully the company (and it’s team of lawyers) will win the skirmish and we’ll have heat soon. Today, I lie in bed, lie on the couch or lie in the sun in an effort to keep warm.