Back in June during the big Apple iPhone hype I said that I wasn’t going to get an iPhone. I found them to be a little too expensive and quite frankly I wasn’t in the mood to stand in line for days for a cell phone. Well then Steve Jobs announced a couple of weeks ago that effective immediately, they were dropping the price by $200. While still a tad on the expensive side, the 8GB model was something that I could handle.

Guess what we bought tonight. 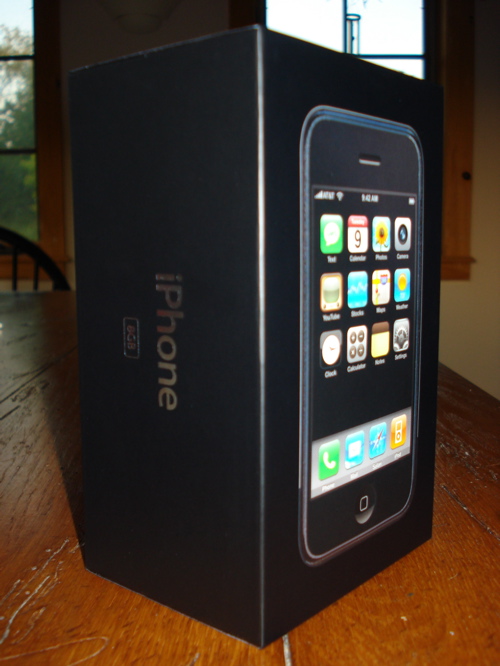 Aside from the fact that my Motorola Razr has not held up well over the past year, I wanted something that I could manage my school deadlines and assignments and whatnot easily with. I’ll admit it, I also wanted to be one of the cool kids on campus. I haven’t seen an iPhone in use yet at school, I’m hoping to be one of the popular trendsetters.