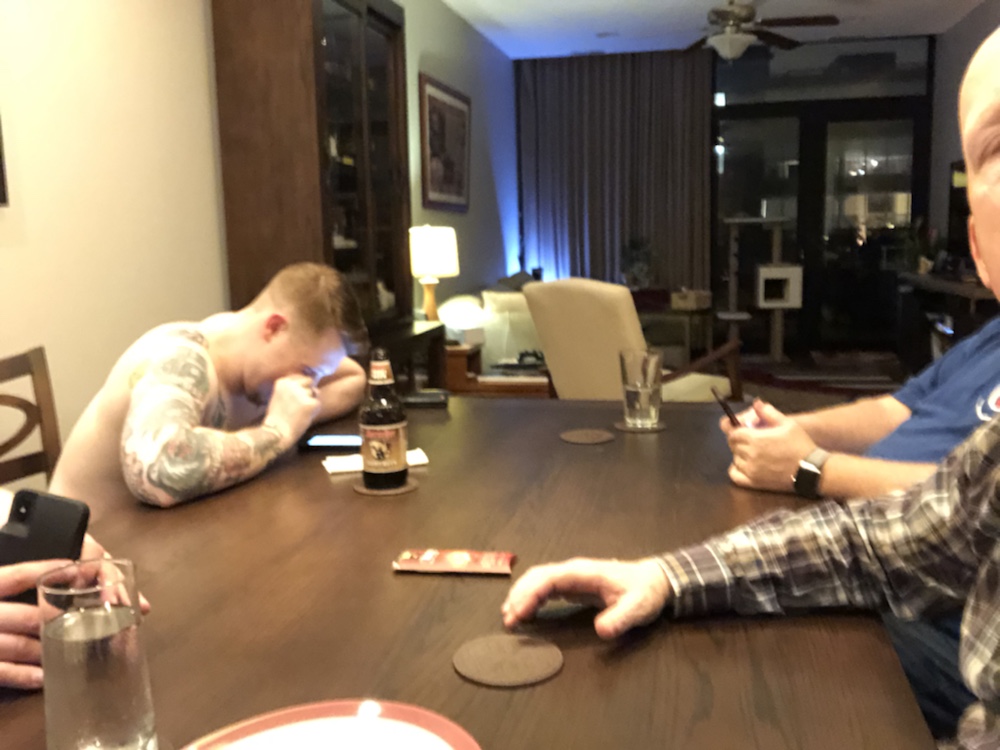 Smartphoning together is part of our glue.

Remember when television schedules were populated with soap operas? They were all the rage when I was growing up in the 70s and 80s. Every afternoon folks were sitting down to watch their stories. My grandmother was fond of “The Edge of Night”. My mother was fond of “Another World”.

Have the soaps been gone long enough for a generation to get surly and start trying to turn real life into a soap opera? Ever since Trump took office I feel like I’m trapped into either a hideous Reality Show (what will the next ‘twist’ be?) or a soap opera.

This afternoon my Twitter feed started populating with something about Bezos Going After Mr. Pecker.

Interestingly, the MAGA crowd, both human and bots, are going after Mr. Bezos on social media for being rich and allegedly having a mistress.

Because Trump is above all that?

Now I realize we are talking about the National Enquirer here, but there’s a lot of discussion around this story claiming this latest stunt by the Enquirer is being pursued as a favor to Trump because Bezos owns interest in The Washington Post. And we all know the one dipped in marmalade screams “fake news” every time he reads something in The Washington Post that he doesn’t like.

I’m a little worried that all of this endless drama has established a new norm for politics in this country. Now politics have never been that great to begin with, but we have firmly planted ourselves into the depths of the deepest septic tank with this administration.

I’m hoping that 2020 will bring about change and we will move toward some sort of civility in this country again.

Let’s leave the soap operas to Mac, Rachel, and Iris.