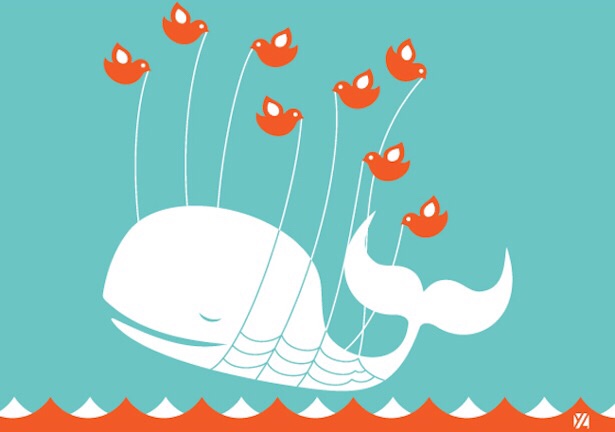 So Earl bought me a new iPhone X this evening. While we have been discussing the purchase for the past several days, I say that he bought me the phone because he gave the OK to spend our money to purchase this new piece of technology. I must give a special shout out to a close Apple employee who shares his “Family and Friends” discount.

As I was setting up my new iPhone X, I wondered if I wanted to just restore my phone from a backup of my old iPhone 6s Plus or if I wanted to go ahead and install everything from scratch. The pivot in this decision was Twitter. If you follow my Twitter feed (see sidebar), you’ll notice that I have been fairly critical of the platform and in particular, the CEO and decision makers at the social media company. The fact that Twitter allows Donald Trump, and others in position of power, tweet in an unbridled fashion, sharing videos of pro-Nazi activity, making threats of nuclear war against another country, etc., bothers me. I can understand if Twitter allowed this sort of activity from Trump if he was using the *official* POTUS account on Twitter, but he’s not, he’s tweeting from his personal account and other users would not be allowed to be so aggressive on Twitter. Users have been blocked or bounced for much less. The disparity in treatment is what bothers me.

Earl and I were talking about this; we don’t agree on the subject and in the long run it’s fine that we don’t agree. He’s the sensible one of the family, and I think he’s the brighter bulb in our chandelier, so I always listen to what he says. I might rant and rave about a topic; he’ll just counterpoint and say, “why are you yelling.” It’s what’s kept up together for over 21 years.

As we talked over dinner, I told Earl that I was frustrated by Twitter and he said he thought I could do better at sharing positive things through the platform. Bust through the negativity with a positive attitude. The light always beats the dark.

We were reminded of a wedding we attended a couple of years ago. We were the older folks in the room and seated with a bunch of people younger than us. We had a wonderful time as the mood was festive that night. Every time something witty or remarkable happened, a young woman with crazy hair seated across from us, Lee, would shriek “I have to tweet this!” and then her fingers would dance across her smartphone and it’d all become part of the public record. While it may be ridiculous that every moment, anecdote, belch, etc. was being shared on Twitter, the theme of the moment was that Lee was having fun, wanted to share that fun with the world, and more importantly, was laughing and having a good time as she tweeted.

As I munched on my bacon wrapped shrimp tonight during this reminiscing, I was reminded about how much I missed laughing and having a good time as I tweeted.

I’ve wretched about this sort of thing a lot since the 2016 Elections. I miss feeling a positive vibe in the world. If Twitter is starting to suck in my eyes, it’s not the time to run away, it’s time to make it suck less.

As I looked around the restaurant, I made the observation that the mood around us was cheerier than what we would encounter in restaurants where we used to live in Central New York. Having moved from a decidedly red part of the country (some described it as a ‘snowy Alabama’) to a very blue city in the Midwest, I’ve noticed that not only are the people more diverse in nature, they seem to be happier. There’s less scowling and more smiling. Now, I’m not saying that everyone is tip-toeing through the tulips in the Windy City and that everything is champagne and caviar, but there is a more positive disposition here and that’s one of the reasons I wanted to move.

I should bring more of that positive disposition to Twitter.

I still strongly feel that Jack Dorsey, Biz Stone and crew at Twitter are more concerned about building engagement numbers and ad revenue than they are about free speech and giving everyone ‘their say’ via Twitter. I still think that Twitter is nothing like it was intended to be when it was introduced to the world over a decade ago, but I don’t think it’s a hopeless case yet. I’ve met some groovy people on Twitter, folks that I genuinely like and look forward to meeting up with in 2018. We can still make great connections via social media. They key to success in this endeavor is being positive about it.

Sometimes you have to jump over the ditch to get to the green grass on the other side.