It’s not secret that I am fascinated by “connected clocks”, or clocks that are synchronized by some method, whether it’s wired, wireless or smoke signals. I have a collection of old slave clocks wired throughout the house. They were all made by The Standard Electric Time Company and were commonly found in schools, factories and other industrial buildings. The clocks in the house advance once a minute with an audible click-click. They are controlled by an old computer in the basement running Linux and a program I wrote years ago in BASIC. My collection of clocks span manufactured years of 1920 to 1955. I’ve been fascinated by connected clocks since my first day of kindergarten in Mrs. Mosher’s room, Room 5 at Lura Sharp Elementary School.

A lot of airports have connected clocks of some sort. I’m typing this blog entry at DTW, Detroit Metropolitan Wayne County Airport. The terminals here at DTW are quite nice and modern. There are clocks everywhere. I don’t know this for certain, but I believe the two terminal buildings were built at different times. Someone obviously made the effort to try to make the airport experience cohesive, the building housing the B and C gates is smaller but similar in design to the building housing the A gates. Remarkably (at least to me), the clocks in what feels like the newer building have the same design as the original, however, they’re not made by the same company. 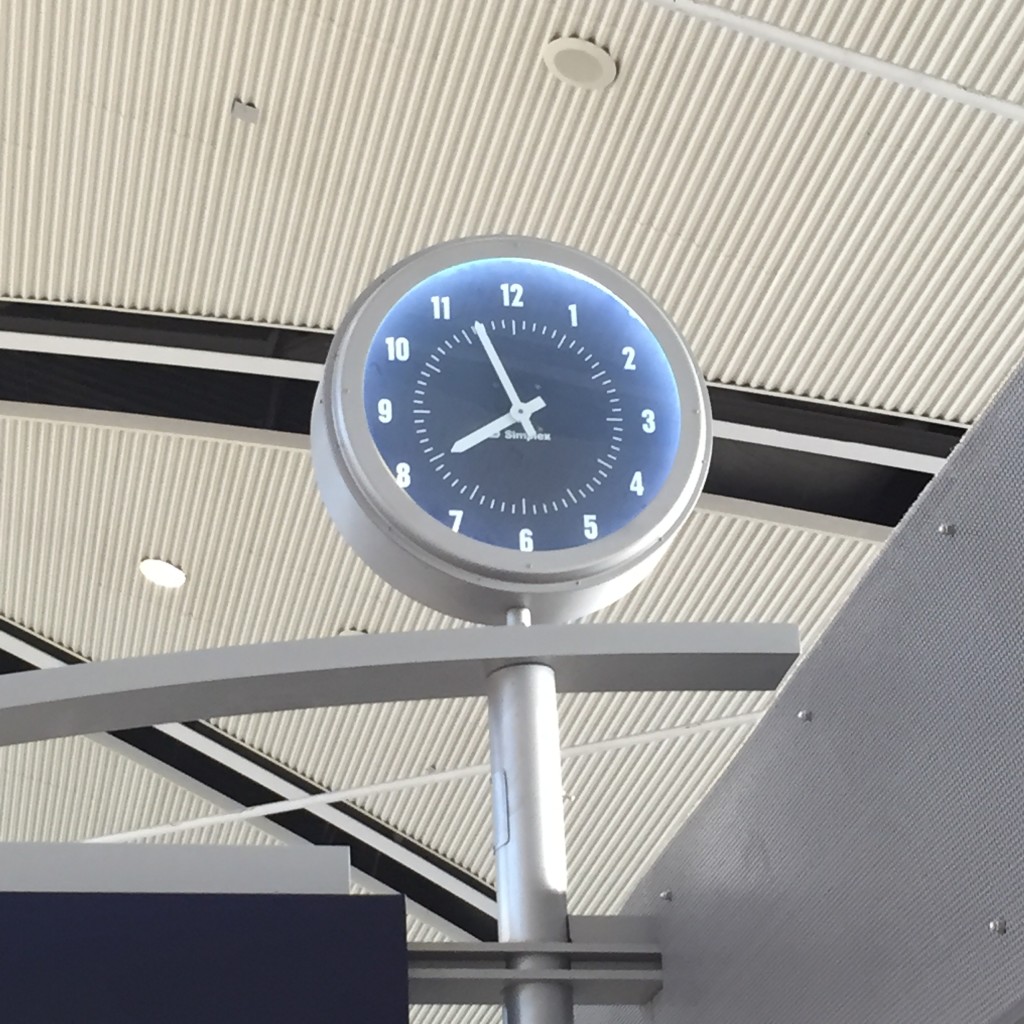 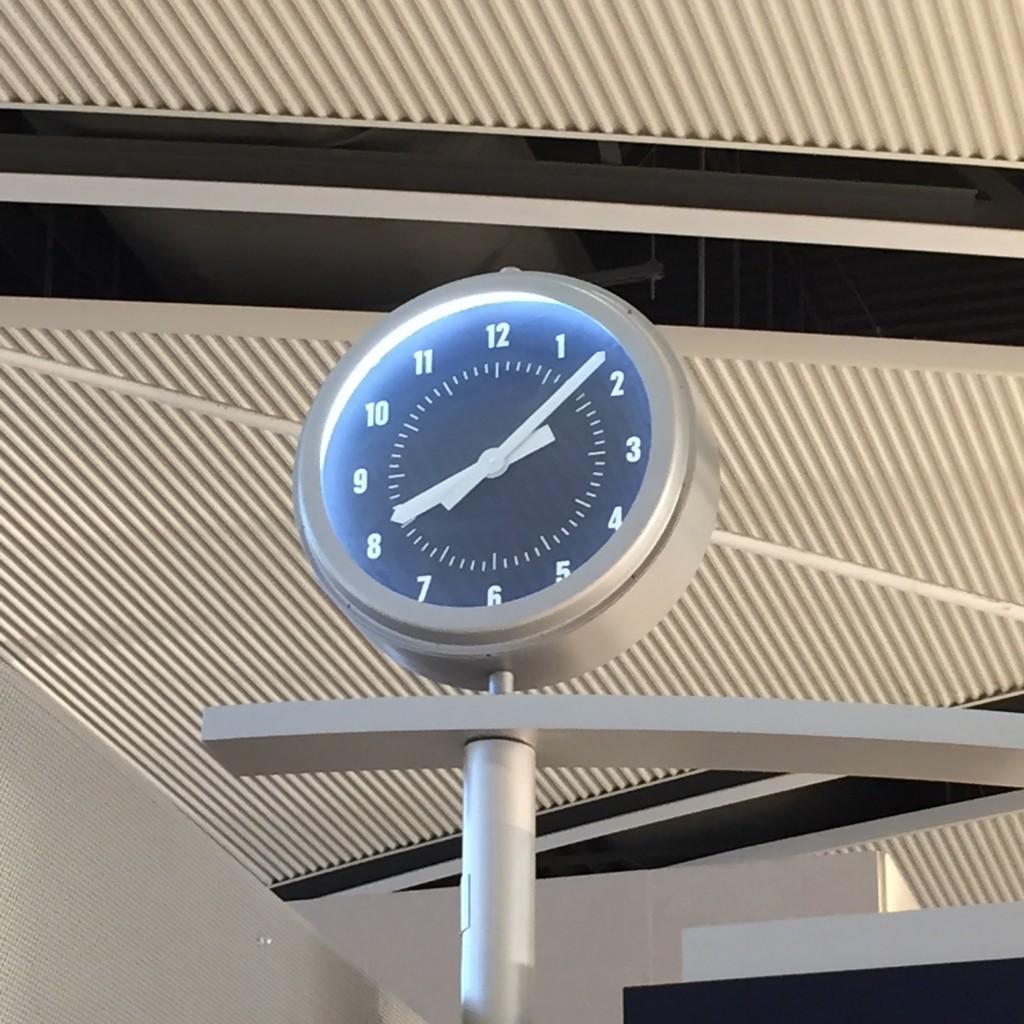 Ordinary people would take a passing glance and might notice that the clocks are the same throughout the airport. On closer inspection, one can tell that Terminal A’s clocks are made by Simplex but Terminal B’s clocks are not marked with the name of the manufacturer. I suspect that the latter was made by American Time and Signal, a small company in Dassel, Minn., but I can’t be certain with asking someone.

My OCD tendencies demand that clocks all read the same time. As a child I couldn’t stand it if the VCR was a minute off from my alarm clock or something of that nature. Luckily, today’s connected world lends itself to clocks more likely reading the same time.

And even though it’s been over 40 years since I sat in Room 5 in Kindergarten, I find all of these connected clocks to still be quite fascinating.