One of my Christmas gifts from Santa was a new camera. I did not expect this gift at all, which made the surprise that much more special.

The new camera is a Canon G15 point-and-shoot type affair. Apparently Earl watched me fumble with Canon DSLR enough at places like Walt Disney World and the like to decide that I needed something that was a little more point-and-shoot friendly. My iPhone 6 has a great camera built into it, but I’m not a huge fan of taking photos with my iPhone, even though that’s what’s encouraged these days.

I decided to try the new Canon out for a night shot tonight. The moon was hiding behind some clouds and I thought it made for a somewhat interesting photograph. Here’s what I captured from our driveway about 30 minutes prior to the composition of this blog entry. 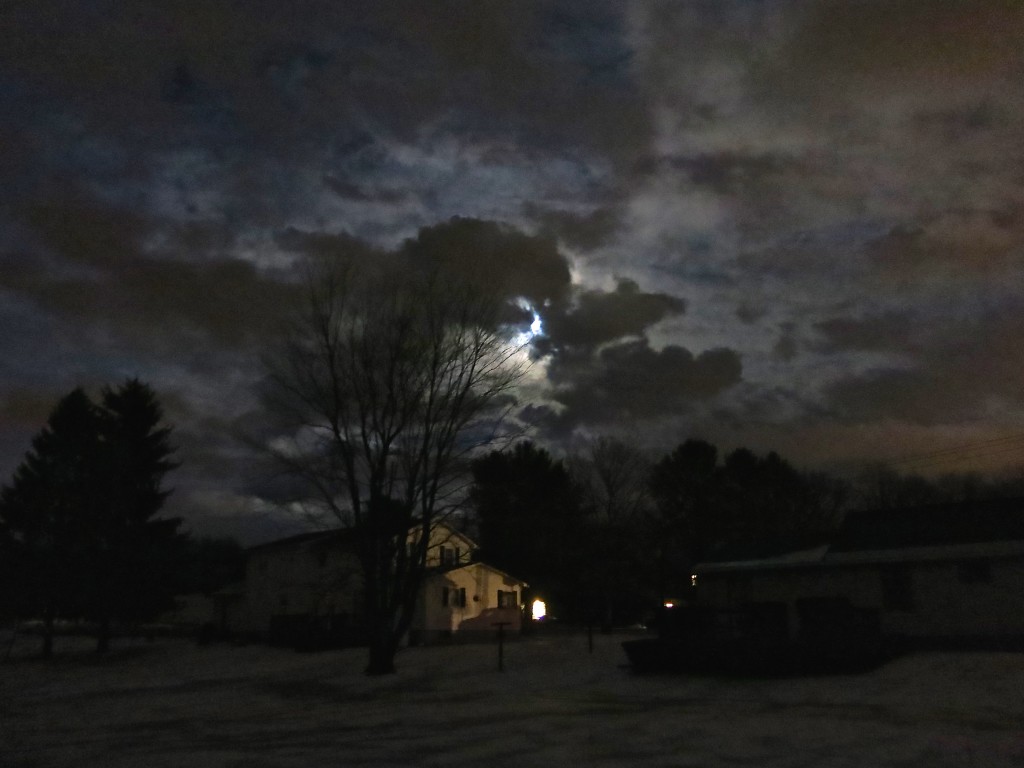