So I dreamed about Rosie O’Donnell last night. It was a pleasant enough dream; I guess that Rosie was doing some sort of reunion show of her talk show from the late 90s/early 00s and we were in the audience watching the show, just like Earl and I did that one time back in 1998. There wasn’t anything that could qualify as remarkable about the dream, it was just there, but it made me wake up with a smile on my face. I can think of worse ways to start a day.

The other night I apparently talked in my sleep as Earl heard me saying things “Griffiss Ground” and “Airport in sight” at 3:30 in the morning. Why I would be telling Griffiss Ground that I have the airport in sight must have been left to the dream (that would have been to “Griffiss Tower”), but I do recall dreaming about flying that night even though I don’t remember the details.

My dreams have been vivid again for the past couple of weeks and I have felt more rested. All of this is good. I think the vividness has returned with the approach of spring (though it doesn’t feel anywhere near spring yet). On the other hand, as the various stresses in my life are managed, perhaps I just am able to get a better night’s sleep.

Either way, I’m not complaining about it. It’s a curiosity and nothing more. 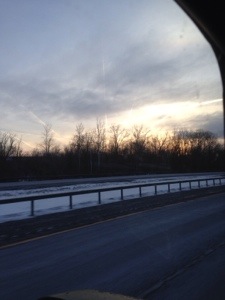