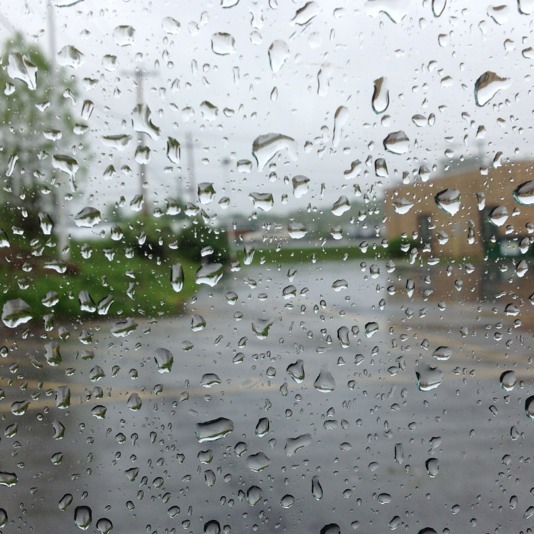 So it has been raining since yesterday afternoon. And I’m not talking about a mere shower here and there; I’m talking about a steady, soaking rain. Last night I almost had to pull over to the side of the road and wait for a passing downpour to do its thing on a couple of occasions during the ride home, but I usually don’t do that sort of thing, I tend to drive into the middle of storms and make sounds of elation.

Folks have talked about how mild last winter was (we barely got enough snow to say so) and now they realise that this is the price we pay for it. This is the snow we were suppose to get, it’s just a little bit late. Mother Nature always wins.

At least we won’t be in a draught conditions anytime soon.

The rain isn’t bothering me all that much. The only nature related thing that has bothered me in the past week or so is that our lilac bush didn’t produce that many flowers this year. I don’t know if the late frost in April put a damper on it or what, but the tree that is usually covered in lilacs only produce a few displays here are there on the tree. The ones that did appear smell and look beautiful, though, so I can’t complain. The lilac is my favorite flower. It makes me think of my Grandma City.

I think the constant rain has put a damper on the mood at work a little bit, but I’m feeling more like my sunny self today. Making forward progress on work projects is more than important to me, it is exciting to me. It’s important to have excitement in my life. It’s just the way I’m wired.