Some days you just have to grin and bear it. Thank the gods that Monday is almost to a close. 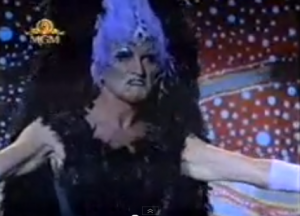 So Earl and I went on a drive on Saturday. Because we both drive the Thruway on a daily basis, it was our mission to travel the Empire State without driving on “New York’s Main Street”. I’m not a fan of the Thruway. It’s not very scenic.

We ended up driving along Lake Ontario between the port city of Oswego and the bigger city of Rochester. I tried following Old Route 104 for a while… 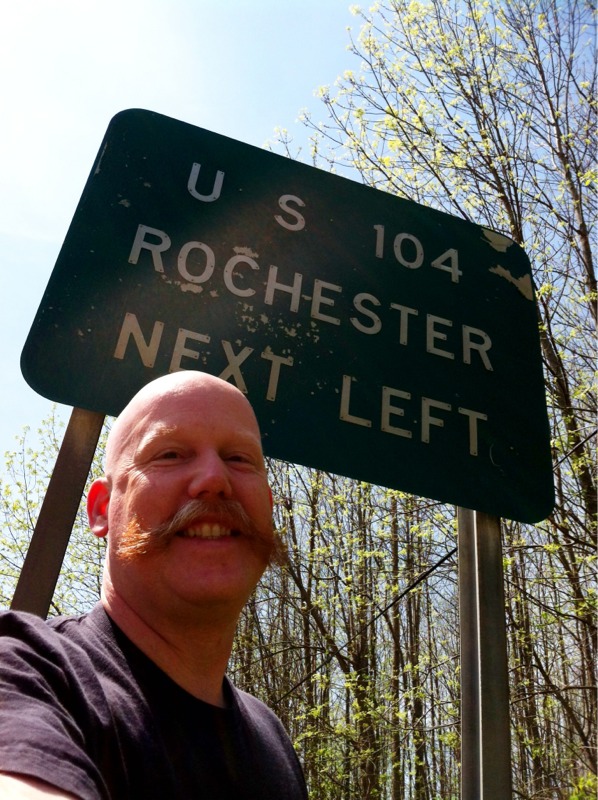 … (U S 104 hasn’t existed since 1972 or so) but I got distracted and ended up driving Route 14 to Sodus Point, which I didn’t even know existed. From there, we drove along the Lake Ontario shoreline along the appropriately named Lake Road. What a pretty drive! I was so busy driving that I didn’t take any photos.

We hit the always popular Eastview Mall to stretch our legs and grab an iced tea at Starbucks. It was busy with a bunch of young girls making clucking and clattering noises. 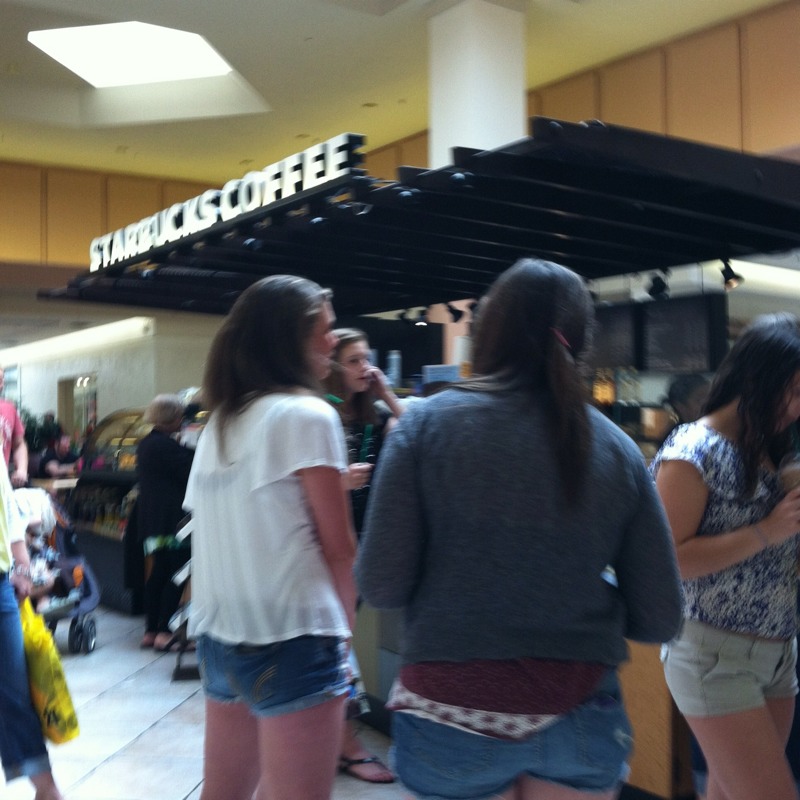 I don’t particularly enjoy the clucking and clattering. After the iced tea and walking the mall, we ended up at Dinosaur BBQ in downtown Rochester, where we were repeatedly asked where the hostess stand was while we waited for our turn to be seated. 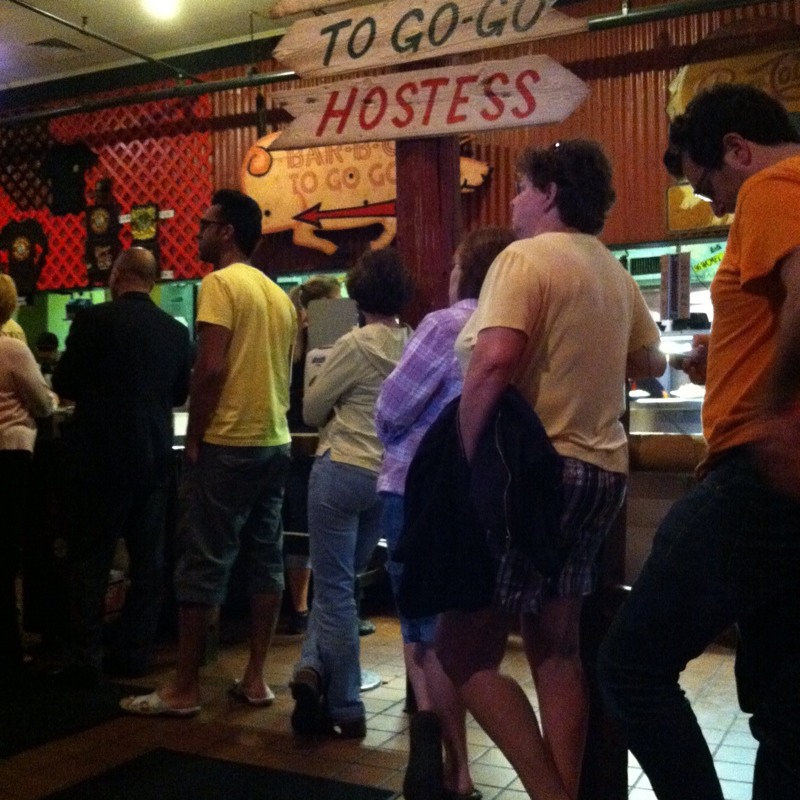 Once we were seated and we met the lovely server named Jennifer (she completely rocked), Earl and I looked over the menu. Earl needed an assist… 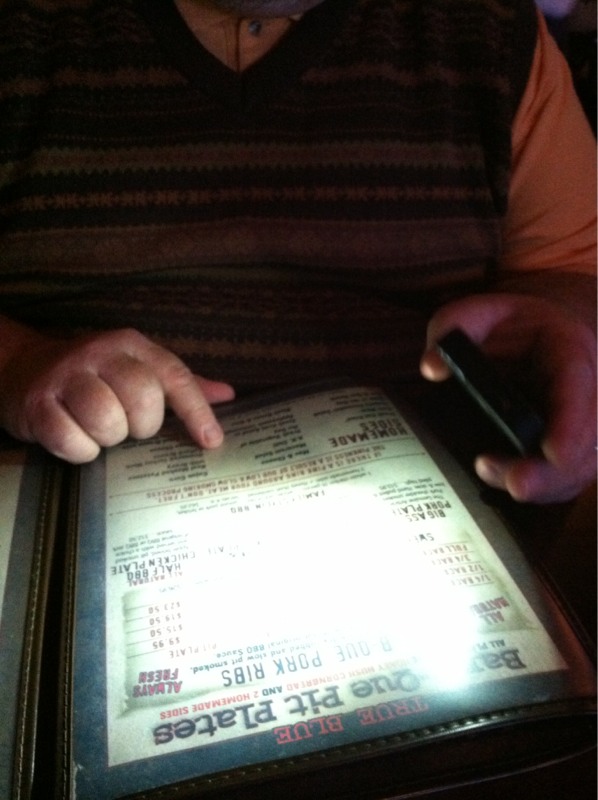 … yay for the flashlight app on his iPhone!

On the way out of the restaurant I took a photo of the Genesee River simply because I could. 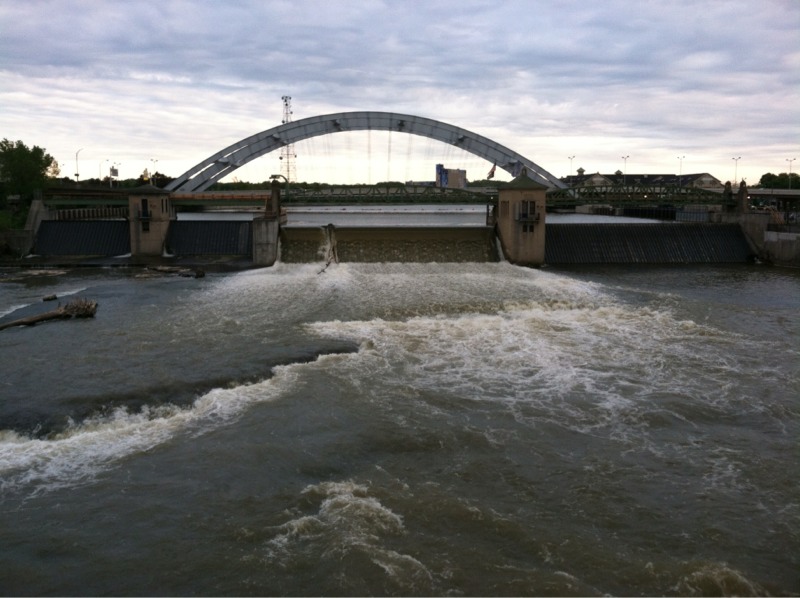 And from there we headed home the back way. There was much rejoicing.

The next day, Earl made a “small salad” for lunch… 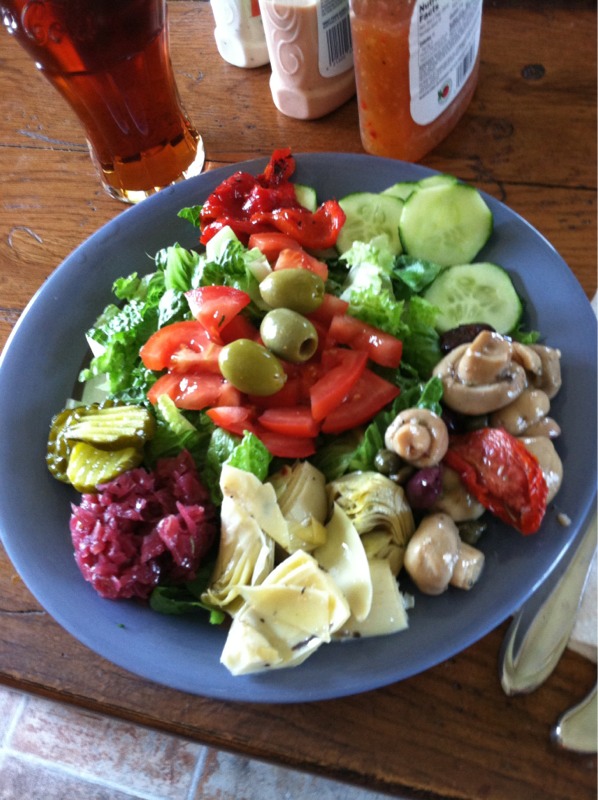 … and then later in the day we visited with my Mom for Mother’s Day, which was a wonderful experience. 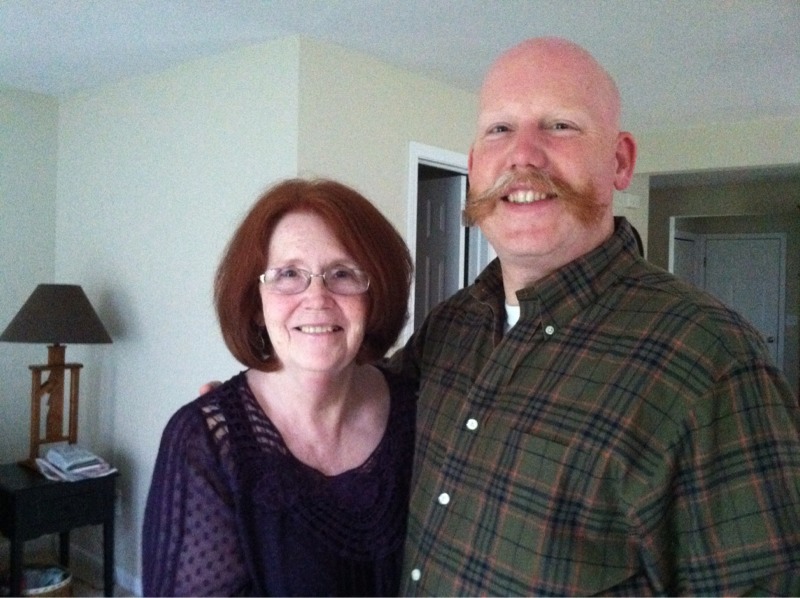 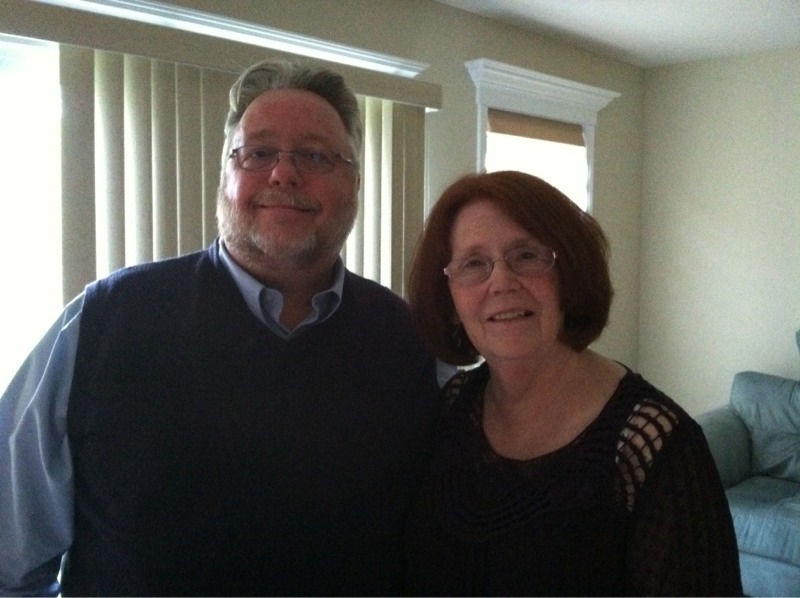 and then on the way home I took a picture of a set of powerlines because I’ve stared at these powerlines along Interstate 81 since I was a very young tyke. And besides, I’m geeky enough to take photos of powerlines on a regular basis, now that we don’t have to pay for film and all. 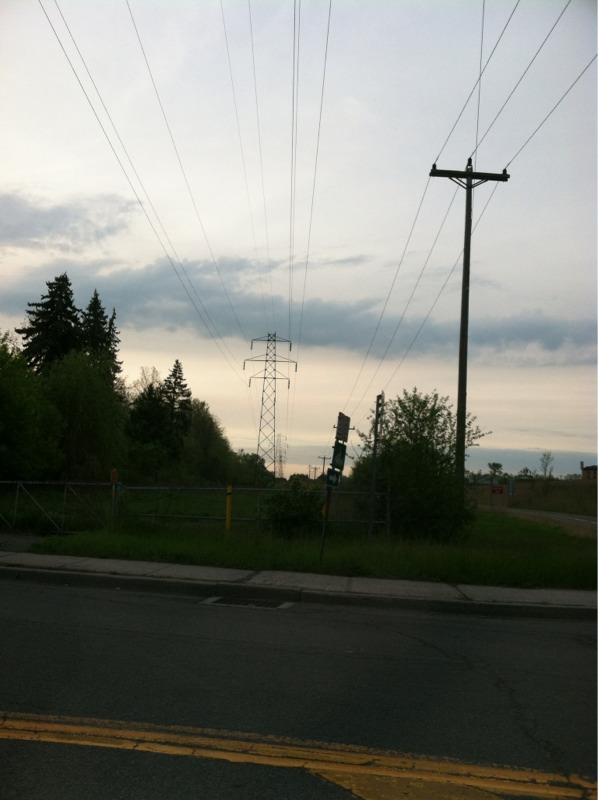