Well the 48 hour bug that plagued me starting in the wee hours of Saturday morning was kind enough to make a hasty departure in the wee hours of Monday morning. I have been feeling much better today. Now I’m left to wonder where the heck the weekend went. It doesn’t seem possible that I am going back to work tomorrow morning. I guess three days go by quickly when you’re in a NyQuil induced haze.

I have heard on the street that some folks purposely consume too much NyQuil in order to hallucinate. I find this incomprehensible, because NyQuil just makes me mean. Back when I would consume more alcohol than I should, I wasn’t a mean drunk, but there’s something in the over the counter cold and allergy medications that makes me just mean. I’m snappy and cranky and not in a sitcomy, sarcastic sort of way. I should just stay away from the stuff. I probably will.

Earl and I celebrated New Year’s Eve by watching two movies courtesy of iTunes: “Friends With Benefits” and “My Idiot Brother”. They were both enjoyable movies for what they were, though I have to admit that I enjoyed the former more. “My Idiot Brother” was kind of like “Little Miss Sunshine” in spirit, but it didn’t quite come to the same level of twisted comedy like ‘Sunshine’ did. This afternoon we went and saw the latest installment of “Sherlock Holmes.” Â How I enjoy the twists and turns of a good plot and this particular movie did a fairly good job of keeping me engaged as far as the plot goes. Truth be known, I think the cinematography is what really kept me engaged. I loved the slow motion effects that were employed generously throughout the movie. The female lead, Noomi Rapace, looked a little bit like Jennifer Saunders (from AbFab) in her gypsy gear but looking at photos online I guess she doesn’t really resemble Jenn in real life. Well, maybe a little bit. 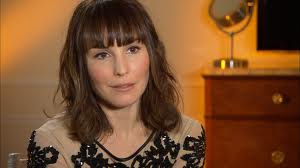 Earl and I caught up on “Hot In Cleveland” courtesy of the DVR over the weekend as well. I have a new straight man crush, and that title for 2012 goes to Sean O’Bryan, who played Melanie’s boyfriend Andy in the 12/28 episode, “One Thing Or A Mother”. I guess it was because they were calling him a ‘Pooh Bear’ throughout the episode, but he was rather woofy in his soccer uniform. I wonder if there are photos of him somewhere online where he has a beard, because he could easily be an honorary bear if that is the case. 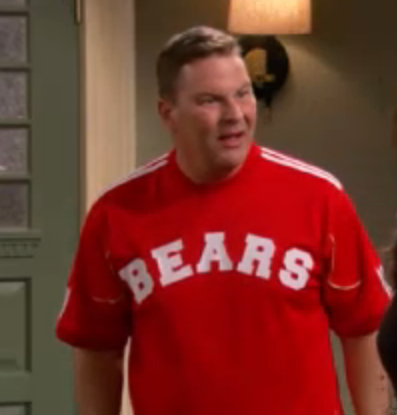 Not the best picture of Sean O’Bryan.

I find it humorous that OS X Lion tries to autocorrect “woofy” to “woody”.

So tomorrow I am back to work and ready to go crazy with The Big Project. I’ll be writing code to my little heart’s content for the next several weeks. I do not find this to be unpleasant.

Despite the 48 hour bug that visited for the proper amount of time, I feel that 2012 is off to a good start. As I said on Twitter and Facebook, “Rock it like it’s the last year of the Mayan calendar!”