An undoubtedly random post again, the second one this week.

The husbear returned home last night and there was much rejoicing at The Manor. He works hard. He makes me proud. But when he’s away things are a little off kilter. I am surrounded by family and friends that make me smile, but the husbear is in a class all by himself. He is one of a select few that truly get me.

We were awakened by the sounds of a plow truck this morning. As the driveway was being cleaned out, it was noted that about 8 inches or so of snow fell last night. The commute this morning wasn’t horrible, but schools were canceled anyways. Parental litigation fears fuel this absurd approach to snow days. One of the local schools has used up their season of snow days already and it’s only mid January. They will be complaining when their spring break is taken away. When I was a kid we were tough. That’s what all the old people say.

Nevertheless, today has shaped up to be a gorgeous day. Let’s hope the picture I want to appear below actually does so. 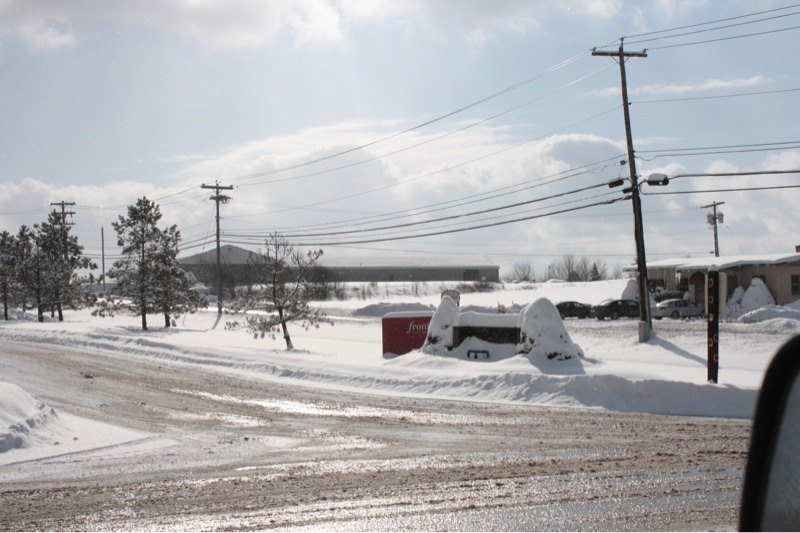 A view from the Jeep in the parking lot at work.

I did a little research on calories and found that my Friday cookie treat is more than double the calories of a McDonalds hamburger. So today I went for the hamburger instead. Plus, there is less sugar content. 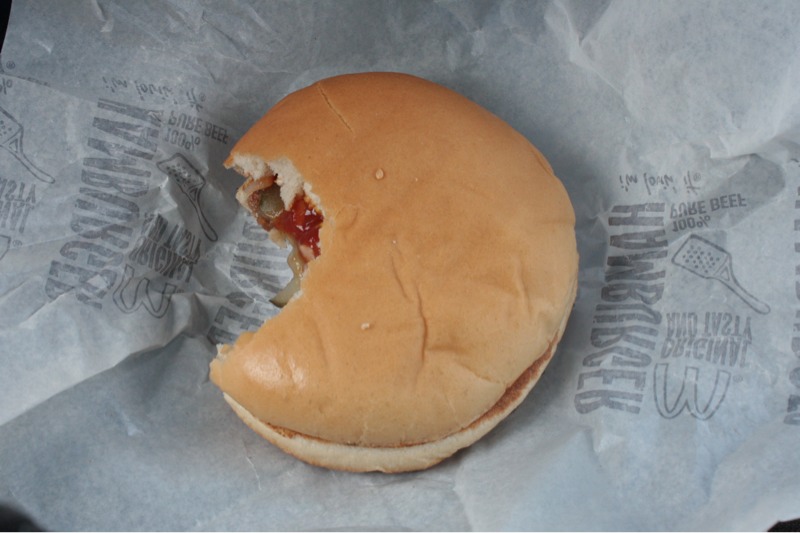 One would hope that a hamburger had less sugar than a chocolate chunk cookie, but with today’s food wizardry it’s hard to tell. Perhaps I should eat an apple or something. At least I had a vegetable in the form of catsup, as we were properly taught in the 80s.

The Jtown McDonalds is being revamped and no longer looks like a traditional McDonalds. I guess they’re replacing the rock ‘n roll theme with a more basic plywood and temporary food stand theme but I assume they have other plans for the finished product.

Today the workers raced to put the eyebrow on the rebuilt exterior of the building before the 25 MPH winds and several inches of snow returned, as predicted by the National Weather Service. 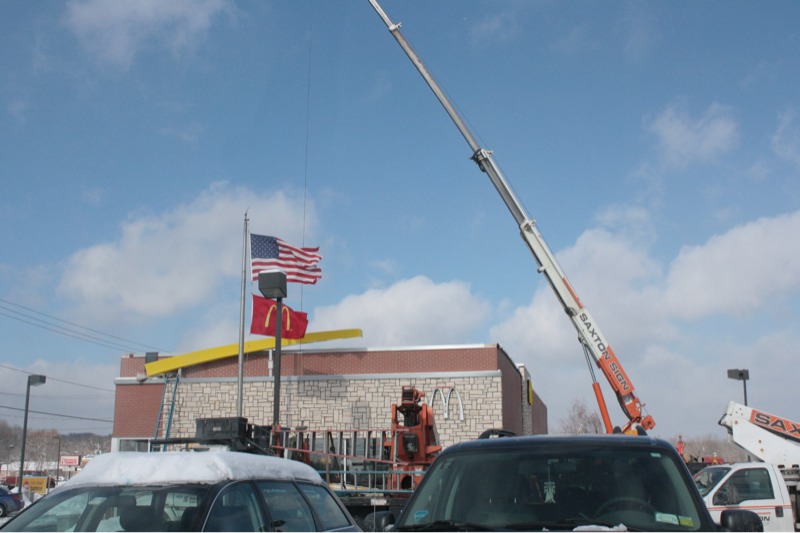 If the pictures appear as ordered in this entry I will be quite pleased. This iPad thing might catch on after all.

-Posted using BlogPress from my iPad