With traditional television having little to offer these days, Earl and I often find ourselves watching Logo, the “all-gay” channel owned by Viacom, parent of CBS, MTV and that whole bunch of stuff. One of tonight’s offerings was “Kyliefever 2002”, Kylie Minogue’s 2002 concert in Manchester during her “Fever” promotional tour. What a fun concert to watch! Energetic, colorful and full of catchy tunes, I really feel the need to go out and grab the DVD so I can see it without commercial interruption. I wish I knew about this concert sooner! 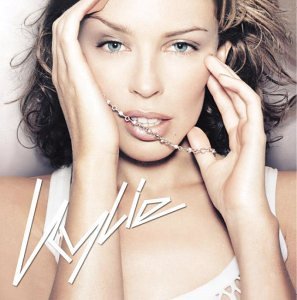 Kylie Minogue has been around since the late 1980s. She began her career as a star on the soap opera “Neighbours” and then hit the charts as a female vocalist for the production team of Stock, Aiken and Waterman, who also produced a bunch of other music at the time including “Together Forever” and “Never Gonna Give You Up” by Rick Astley, “That’s What Love Can Do” by Boy Krazy and Donna Summer’s late 1980s album “Another Place And Time” which includes the single “This Time I Know It’s For Real.” Her early singles included “I Should Be So Lucky” and the number one remake of “The Locomotion”.

Kylie’s fame was then pretty much limited to Europe and Australia, though she maintained a gay following here in the states. In 2000 she made her comeback here in the states with the album “Light Years”, which featured the single “Spinning Around.” It was popular in the clubs, but not that big on the radio.

I have always been a fan of Kylie Minogue, so I tried to help her along here in the states by programming “Spinning Around” into heavy airplay back during my radio days. The song is fun and was very “Wow Worthy” at the time. I didn’t even get an autograph for my efforts. (At least Madonna sent me a gold record for helping out with “Ray of Light”.) Oh well.

Kylie then released the album “Fever”, featuring the songs “Can’t Get You Out Of My Head” and “Come Into My World”, the former being written by a dance diva from my baby DJ days, the wonderful Cathy Dennis. 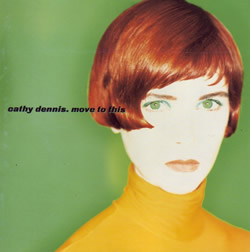 Many remember Cathy Dennis for her 1990 album “Move To This”, which includes “Touch Me (All Night Long)” and “Just Another Dream”. Side note: Contrary to popular belief, Rick Astley did NOT sing the male backups on “Just Another Dream”, they were sung by D-Mob’s Dancin’ Danny D.. Cathy stepped out of the limelight and became known for her songwriting. In fact, if you’re a fan of American Idol, you hear her ever week; she co-wrote the theme song and she’s the voice of the “Oh Whoa Whoa”.

It’s music like this that gets me jazzed about being a DJ. It’s totally fabulous.