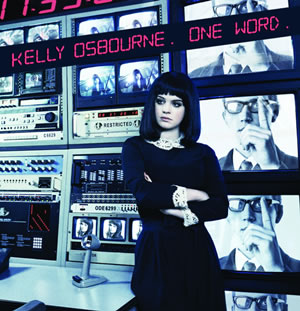 For new readers to “Life Is Such A Sweet Insanity”, a “Wow worthy” song is a dance track that would be an excellent fit to the radio station I used to be Director of Operations for: Wow-FM, The Beat of Central New York (WOWZ-FM/WOWB-FM). Wow-FM bit the dust in 2001 when it was consumed by a huge media conglomerate and turned into a generic “Kiss” station. My program director’s ear occasionally finds a song that would fit the station really well if it still existed today.

I’ve found my first favorite dance track for 2006, and that dance track is “One Word (Chris Cox Radio Mix)” by Kelly Osbourne. I was led to this track by blogger god Joe. My. God. in a reference to a group of guys called The Mischievious Boys.

Who would ever believe that I would be diggin’ a Kelly Osbourne track? It’s a typical J.P. tempo’d song, has a great, slightly haunting vibe and a memorable hook. As a bonus, the flip side is a damn true-to -the-original remake of “The Sound of the Crowd” by The Human League!

Both tracks have already been loaded on my club mixing gear after one listen. Go buy it if you don’t have it already (it’s been around a while), it’s available on iTunes.