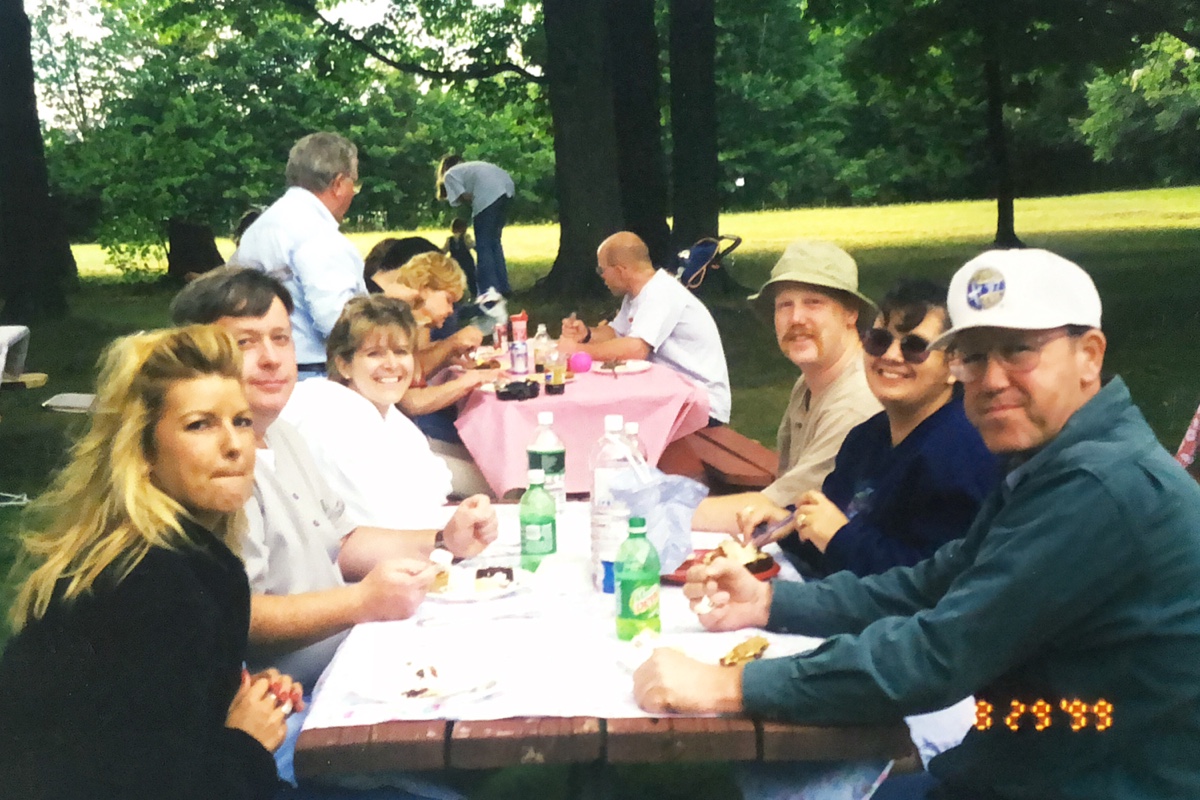 My husband and I will be celebrating 25 years together later this year. When it comes to capturing memories for nearly a quarter century, our relationship is distinctly “before digital camera” and “with digital camera”. Earl mentioned “we have a lot of photos”.

In my iCloud account I have over 35,000 photos taken since 2005 or so. We have hundreds or thousands of standard photos in boxes and albums as well. And I refuse to get rid of any of the “analog” photos.

If you’re not familiar with the application, Google Photo Scan is a nifty little app on your iPhone that uses your camera to scan in photos. You center the photo in the frame on your phone, click to capture, and then follow the arrows to capture the corners of the photo. Google Photo Scan puts all of this together into one image that doesn’t have glare or distortion from any bends in the photograph or anything. The photo above was part of a collage put together by my cousin for my Dad’s funeral services nearly a decade ago. While still part of the collage, I used Google Photo Scan to grab the image and save it to my iCloud account.

Now, I’m not usually a fan of Google services simply because it feels like Google drops support of a service as part of a random action from their company. I don’t like that and I still pine for the days of Google+ and Google Reader. But if you have some old photos to capture that you want to preserve digitally, get yourself Google Photo Scan while it’s still around.