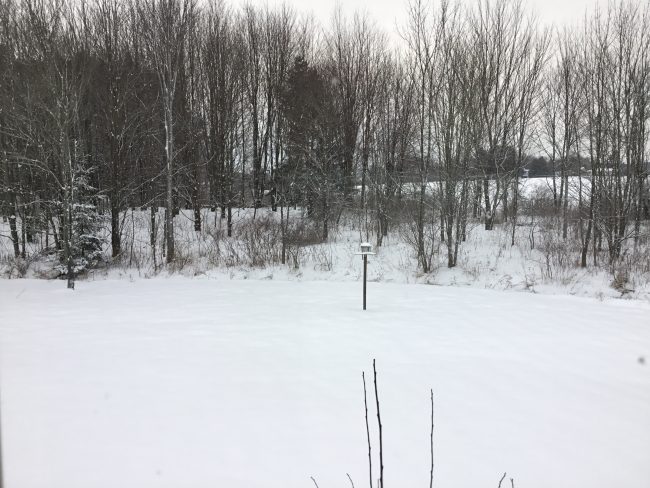 Earl and I have decided that we will be relocating in 2017. We are still working on the details, so I won’t comment right now as to where we will be moving to as that part is still up in the air, but we have decided that at ages 48 and 56, it’s time for us to have another big adventure together.

The Mohawk Valley is relatively close to my native land. In the past I’ve always described it as being comfortably far enough away that we wouldn’t have to worry about family dropping in while we were running around the house naked (doing God knows what [insert mischievous laugh here]). Aside from friends met over the years, Earl has no deep roots in the area. I’ve had “, N.Y.” in my address for 45 of my 48 years, so moving elsewhere in the country will definitely be a big adventure for me.

I’ve casually mentioned to a friend or two and to my mom and sister that we are moving next year and have clumsily explained that I’m moving “in support of Earl”. That’s been rather cowardly of me, it’s not his decision to move, it’s our decision to move. I have to admit that I’m going to miss several aspects of living here (mostly a couple of friends that I made at my job a decade ago and the flying community that I am involved with) and that has given me pause, but it’s not fair for me to sound like a follower of this plan because it’s not true. I want to move just as much as he wants to move. I’m just more emotional about it than he is.

As we make plans for Earl’s continued retirement, this move and such, it’s a little odd that we have to make contingency plans for our financial well-being, playing out “what if” scenarios when it comes to our marriage and some of the things that the incoming administration is cooking up for LGBT Americans. What was a guaranteed certainty a year ago (mainly spousal benefits and legal recognition for same-sex couples) could easily change with a few votes from the new Administration. While Earl and I have very supportive friends in the area that we can always count on, I still have a hard time reconciling the knowledge that several of our family members voted for a ticket that is so blatantly untrustworthy. I keep hearing that I should have a positive attitude, but when I already see cheers for a “First Amendment Defense Act” that would basically give folks the legal basis to ignore same-sex marriages (denying benefits, service, the ability to visit in the hospital, etc) based on one’s religious beliefs, I can’t help but not trust people. And when these things come into question, I’d rather live in an area that is solidly “blue” with a more progressive mindset. Folks says “everything will be fine (the worst four-letter word in the English language)” but I want to know things are better than fine.

I have higher standards than that.

2017 is going to be a year of change. That goes without saying. Earl, Jamie and I are going to do everything we can to make sure it’s a change for the better. And that starts with my vocal support of our decisions together.