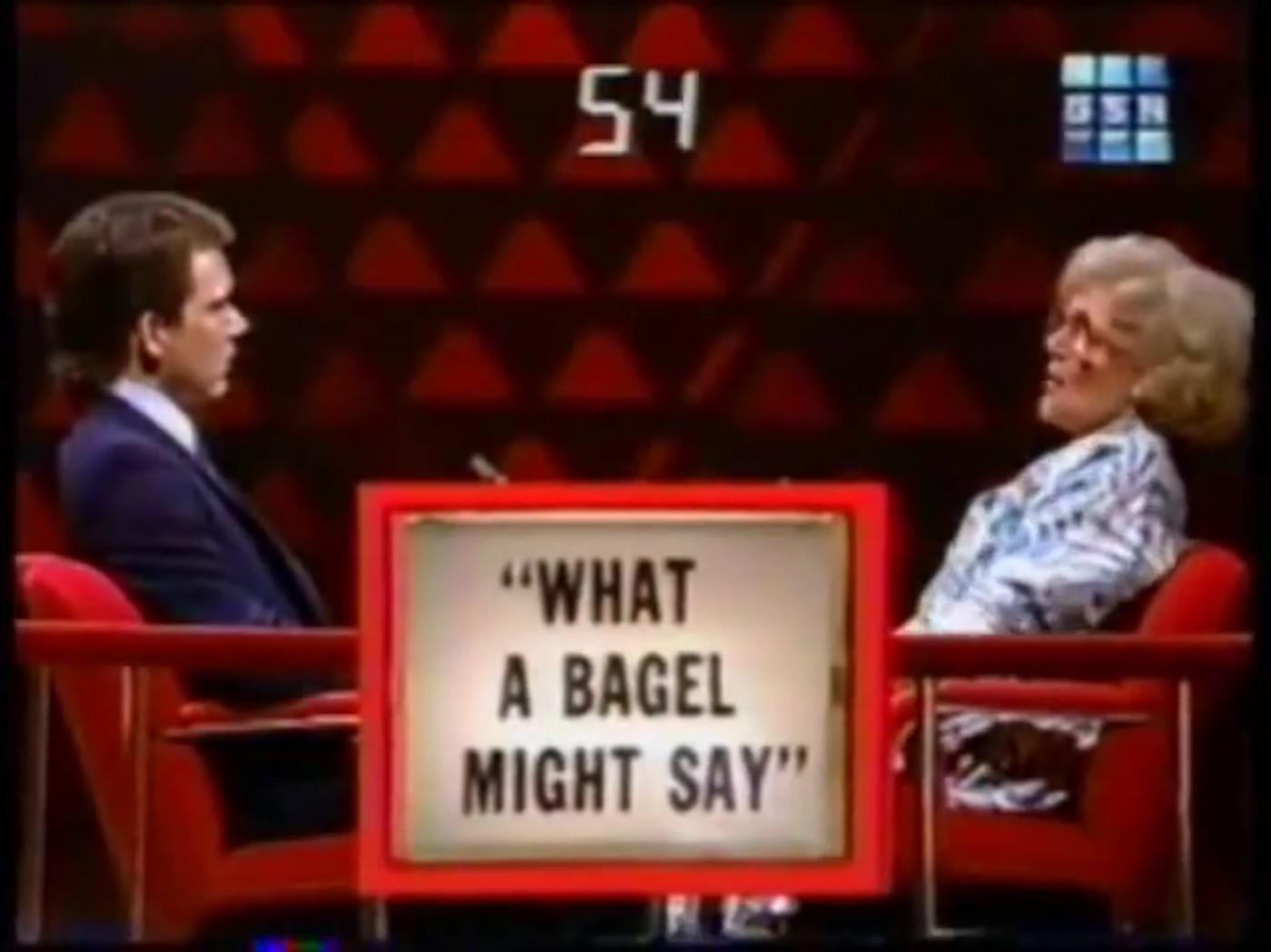 When I find myself running into a bout of “programmer’s block” during work hours, I take a few moments and search up a Winners’ Circle challenge from “The 10,000 Pyramid” on YouTube.  I usually turn away from the screen to see if I can guess the subject based on the clues quicker than the contestant in the video. I think I’m getting kind of good at it.

Watching the older game shows from the 1980s and earlier on YouTube has made me realize just how much times have changed since then. The contestants are often dressed well: women usually in a lovely dress and men in a suit. Scruffiness is set aside. The whole set and game play of Pyramid gave the viewer an air of respectability. The players were serious, the special guests wanted their partner to win and the play and the rules of the game involved a healthy dose of thinking. You couldn’t just bark out a bawdy answer to fill in the blank.

Earl and I have been watching the summer run of game shows on ABC and have been enjoying them for the most part. I like watching the “$100,000 Pyramid” but after comparing this summer’s run to the shows of the past, I can’t help but notice that they’ve dumbed down the categories and expanded the allowances for clues. The show is fun but seems a little more raucous. While it looks and feels like “Pyramid”, the new show is really a sign of the times in that we just don’t seem to be as sophisticated as we used to be.

It’s often said that we need to be the change that we want to see in the world. I’d like to see the world change toward more respect and sophistication with the celebration of education and being well-read. I really think we’d all be the better for it.