Sears Holdings Corp. recently announced that they will be closing the Sears store in our local mall in June. This particular location opened with the mall in 1980. It is one of four anchor stores. The mall has been struggling a bit over the past decade or so; I’m not surprised to see the Sears store has been slated for closing.

I am surprised that the nearby Kmart, also owned by Sears Holdings Corp. is not going to be closed. The store has not been updated since the mid 1980s and shares a building with an abandoned grocery store. It seems to never be busy and is often in disarray.

I’m sad to see that our Sears is closing. I don’t like to see any establishment closed down, even a national chain in a nondescript mall, and especially an establishment that’s part of a company that’s been around for a century or so. Sears is as American as the Brady Bunch.

Hard times have fallen onto the Sears Holding Corporation; I don’t know that the folks of K-mart really knew what they were getting into when they bought Sears. There’s been a whole bunch of missteps since the acquisition; Sears Grand, Sears Essentials, the continuance of “Big K” (when we all know the damn thing is just a Kmart). However, a few years ago Sears tried a new concept in Duluth, Minn Georgia, and from the outside it looks like an upscale version of your typical Sears store. I think the return to the original script Sears logo adds a touch of elegance. 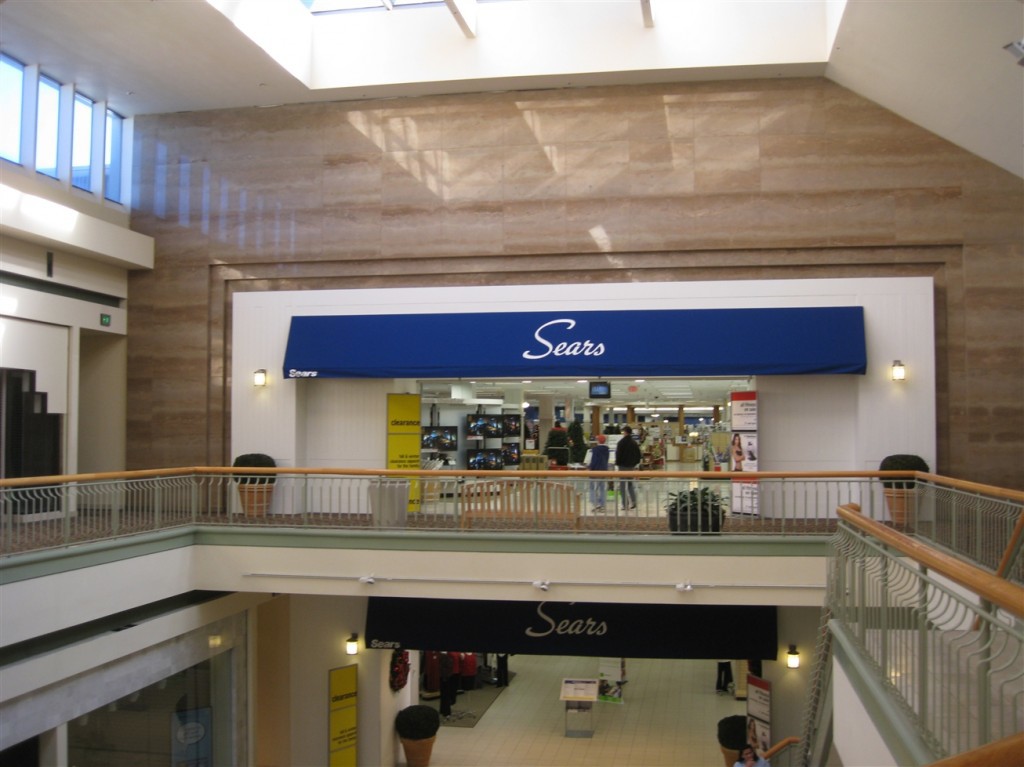 Personally I think Sears should completely abandon the Kmart name and focus on two things: upscale Sears stores with a boutique approach, located in malls and revitalized downtown areas, and Sears Essentials, the Sears name going after the Kmart crowd. With names like Kenmore and Craftsman behind them, I think Sears Essentials can carve out a niche outside of the Walmart/Target mindset. Get rid of all the other variants and stop trying to be everything to everyone everywhere.