So Apple’s Developers Conference, called “WWDC”, which stands for “Worldwide Developers Conference” is underway in San Jose, California. The event is kicked off with their annual WWDC Keynote, which outlines the plans Apple has for their Operating Systems for the foreseeable future. This year Apple announced updates to all of their operating systems, including bringing iPad its own operating system called iPadOS. This will help separate the iPad from the iPhone experience a little bit.

In recent years Apple has doubled down and gone the extra step with their privacy efforts. Their built-in web browser, Safari, has plenty of privacy options. When shared with an application, location information is anonymized by default. Photo processing is done locally on the device and iCloud data is encrypted by default, without scanning for advertising opportunities.

One of the way ad-based Internet companies track you is by having you use your sign-in information with their service across third party apps. Most Internet users are familiar with message boards with “Sign in with Facebook” or third party apps like Dropbox with “Sign in with Google”. These services are convenient for the user; you don’t have to remember multiple passwords. However, it’s a tracking opportunity for the company providing the sign on service, plus it often forms a two-way information sharing opportunity for the sign on service and the third party application. Things like your name, nickname, email address, birthday, etc. could be shared across this connection. Plus, how many times have you received an email with advertising after using these credentials for a service that is at best vaguely related to the third party offering?

“Sign in with Apple” is a new way of signing in on your Apple devices. Tied with FaceID or TouchID (or other authentication methods, depending on the device), Apple will authenticate your identity and that’s it. If the third party service requires an email address, Apple will generate a random email address that forwards to your address. And that random address is used only for that service. Sick of emails from them? Delete the random address. You don’t need to change your real email address.

One of my biggest pet peeves of today’s Internet is the amount of tracking and advertising. “Sign in with Apple” will be a great way to help combat that issue.

It’s just another reason I call myself a “Crazy One”.

A lawyer for Facebook argued in court Wednesday that the social media site’s users “have no expectation of privacy.”

According to Law360, Facebook attorney Orin Snyder made the comment while defending the company against a class-action lawsuit over the Cambridge Analytica scandal.

I look forward to the day when a disrupter can truly disrupt Facebook. Until then, proceed with caution.

Trump is visiting the United Kingdom for a State visit. There really isn’t any policy discussion going on while he is in the U.K.; he’s over there to do niceties with the monarchy and maintain the special diplomatic connection the U.S. has with the U.K. Protestors have welcomed him with the “Baby Trump Balloon”.

That’s great language for a diplomatic visit. As I read on my Twitter feed this morning, the man has “throne envy”.

My apologies to the United Kingdom.

It’s amazing how much move improves every time I fly. I feel like more aviation opportunities are now available to me since our move to Chicago nearly two years ago. This is really making my mood much better.

I’m a guy that needs to fly.

I know folks like to talk about how Apple is falling behind the innovation curve. I’ve talked about this as well, after all, during the latest round of Google I/O they talked about a lot of things they’re doing to push technology forward, while at their last event Apple talked about TV shows, games, and credit cards.

I’m really hoping that Apple will surprise us in some small way during Monday’s WWDC Keynote. I look forward to see what they have in store for us. 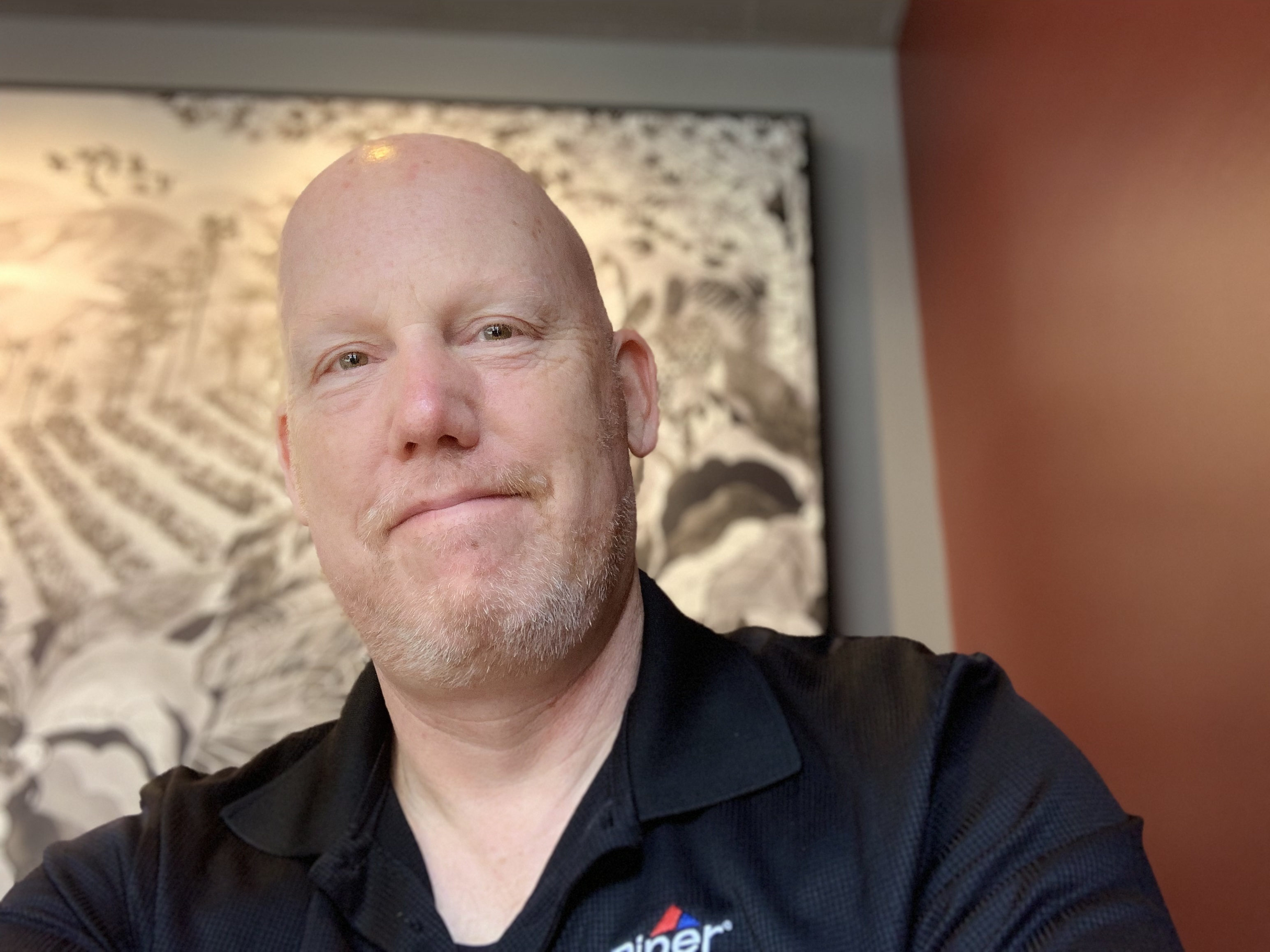 One thing that I do find amazing about Apple’s efforts is the ease of use their baking into the camera app offerings on their iOS devices. I just snapped this photo using my iPad Pro as I’m writing this blog entry. Using the user-facing camera (I get mixed up with front facing and back facing), I just selected portrait mode, adjusted the angle of my iPad slightly and I was able to take this decent photo of me.

Earl is in the process of switching from his old iMac to a brand new 2019 MacBook Pro with touch bar. As we are going through the files on his old iMac we are coming across photos that we haven’t seen in nearly two decades. We are finding things he created back with his first “lampshade iMac” from the early 2000s when we lived in our first house. While they’re wonderful memories and they make us smile, looking at the quality and how we created those photos to where we are today shows us that Apple is indeed innovating, perhaps so where we really need to innovate.

The company that focuses on privacy and data security for all at an affordable price, and brings us what to celebrate life, work, and our human connection, is the company that is truly innovating, at least in my eyes.

As I said, I’m looking forward to what Apple brings to the world at WWDC starting on Monday. Let’s hope I’m not disappointed.