So today I decided to drive old NY Route 12. I tried to follow the path of Route 12 between Utica and Watertown before it was upgraded sometime in the mid 20th century. I think I was pretty successful at my attempt.

Oneida County makes following old Route 12 fairly easy by labeling it with a county route number that is “out of range”, as the county routes in Oneida are numbered sequentially by location and since old 12 was numbered after the rest, it’s number sticks out a bit. I started out on County Route 91 and followed it north. I passed by an old-drive in theatre, a couple of 40s style gas stations that have been abandoned and several old motels and motor lodges that are still open but have mostly been converted to low rent apartments. Signs of the driving age of the 50s when this was the main route between Watertown and Utica.

Heading north but just south of the hamlet of South Trenton, old 12 used to open up to a four-lane highway with at-grade intersections. This section was converted to a two lane country road a few years ago, making for an extra wide right-of-way that affords the folks that live on the road bigger lawns. 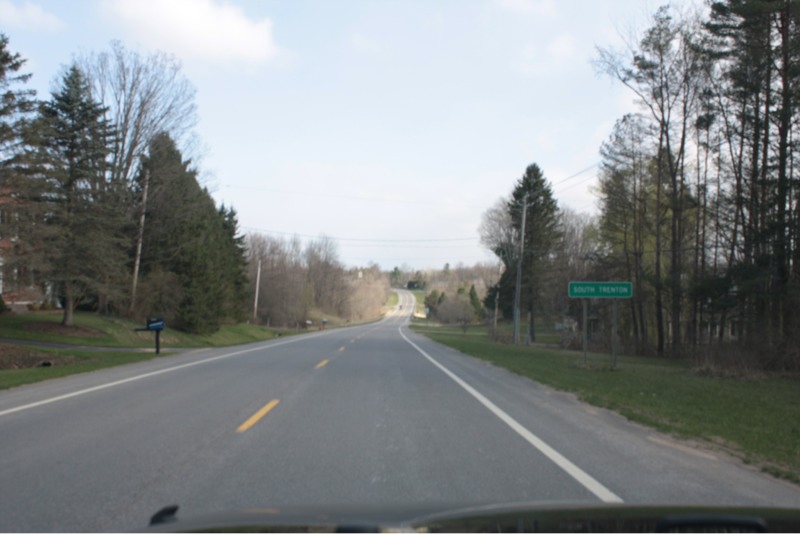 Existing Route 12 maintains the four lane expressway configuration north of Putnam Rd. and I have to jump onto the freeway at that interchange with the Route 12 freeway to get to it, as old Route 12 now makes a 90 degree turn onto Powell Rd (or you will run into a big pile of dirt separating old Route 12 from current Route 12).

I followed existing 12 through the Mapledale Business District and from what I can tell, this is the original roadway that was just widened. From there, Route 12 followed Mappa Avenue into the Village of Barneveld. Quick aside, until 1975, the village’s popular name was “Barneveld” but it’s legal name was “Trenton”. The village’s name has roots in Oldenbarneveld but was incorporated as the “Village of Trenton”. Residents didn’t like that, though, because Trenton, N.J. mail and freight was always getting delivered to Trenton, N.Y. by mistake so that’s why they changed the name. The post office was called Barneveld but the village was called Trenton until the legal change in 1975.

Back to old 12. This part took a little exploring today. Old 12 followed Mappa Ave. onto what is now Route 365, where old 12 then followed up what is now the off ramp from now-12 SB to Route 365. From there it crossed over existing 12 and went along the railroad tracks to what is now Plank Rd. From there it veered to the west of the railroad tracks onto what is now an old roadbed that was not suitable for driving but quite comfortable for geese, as there were a ton of them hanging out on there today. Old 12 continued along this old path onto Main Street in the Village of Remsen. In Remsen today I found an old Super Duper grocery store. There used to be a ton of them in these parts, but now they’re mostly gone, including this one. 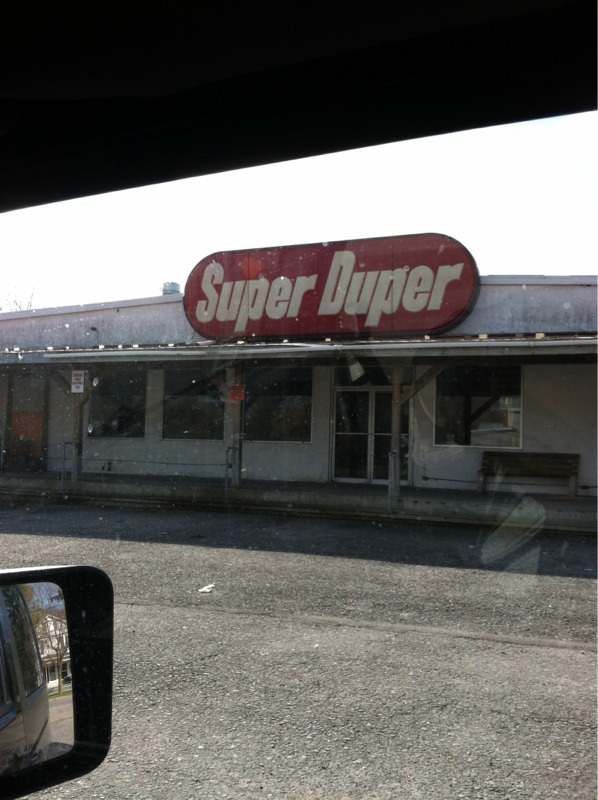 My Grandma Country once told a story about talking with a woman down south and mentioning that “Piggly Wiggly” was a funny name for a store. The southern woman retorted that it wasn’t any odder sounding than “Super Duper”. I don’t know what happened after that, that’s where the story always stopped.

Old 12 is easy to follow through Remsen and north, because it’s marked “Old State Route 12” though it’s also County Route 82.

Old 12 and current 12 meet up a few miles north of the Steuben and Remsen Town Lines where evidence of old 12’s former routing can be seen along current 12. Old houses are a little off-alignment with the current road due to the removal of curves, trees still form the former front boundary of lawns and there’s a ditch here and there. This motif continues through the hamlet of Alder Creek, where Route 28 leaves Route 12 to head off into the Adirondacks.

This type of routing of 12 continues up to Boonville. I couldn’t quite figure out how 12 used to get through Boonville. The alignment looks like it used to go into Boonville and meander around the village center before heading out, but I couldn’t figure out where it came back out of the village. I picked old 12 back up after crossing into Lewis County, just south of the Village of Port Leyden. Here old 12 parallels current 12 as Canal Street and then Mechanic Street and Kelpytown Rd. until the Village of Lyons Falls, where it meanders through the village and ends up on Cherry St., before joining up with it’s current counterpart. North of here, remnants of old 12 can be seen from current 12 (old bridge structures, abandoned road beds) and it continues like that through Lowville and up to Watertown.

Speaking of Watertown, the city’s downtown has a pretty impressive “square” that still seems to be somewhat busy. There have been many efforts to make it easier to navigate. As a young driver at 16, it used to make me nervous. 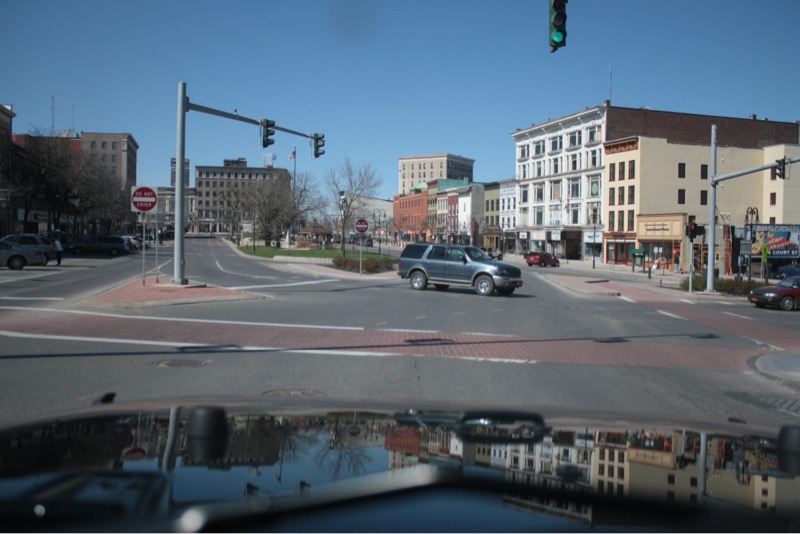 From there I let Route 12 do it’s own thing up into the Thousand Islands area, as I did some shopping in Watertown and some other exploring before heading home.

I can imagine that in the mid 20th century when the interstate system was being built and the United States was becoming the land of automobiles, where “happy motoring!” was commonplace, that folks were excited about the straightening of these old country roads. Shoulders were widened and more direct routes were built from point A to point B. As a kid I used to get excited about construction, heck as an adult I still do. (I went and checked out the construction on Future Interstate 781 near Fort Drum today). But there’s a good part of me that enjoys finding the roads that once carried the bulk of the traffic; the predecessors to the high speed roads we enjoy today.

The drive was a good exercise in road geekdom today. I look forward to doing the same someday along the old famous Route 66. In the meantime, I’ll continue to explore upstate New York.