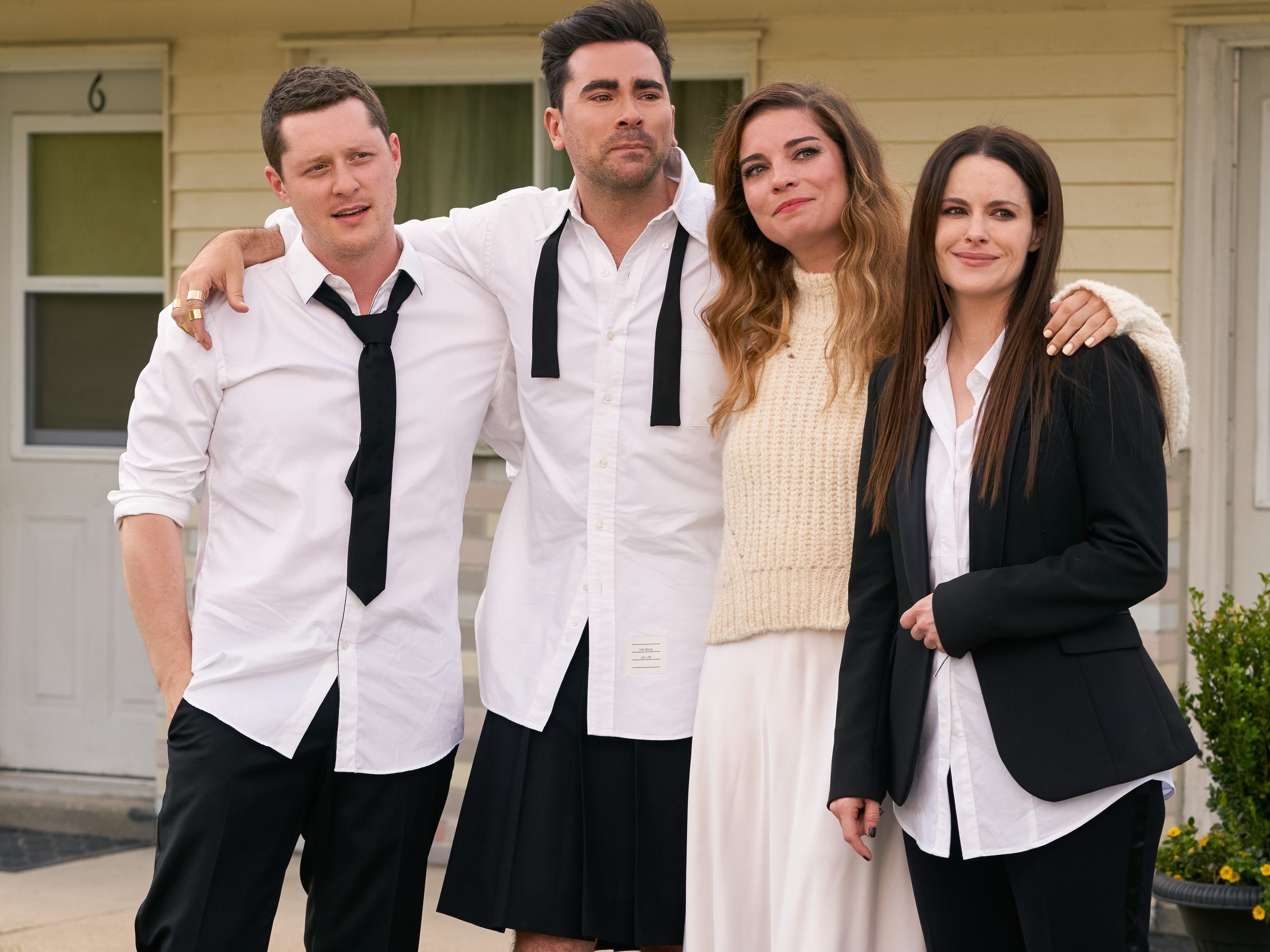 Last night the family got together and watched the series finale of “Schitt’s Creek”. As far as television series finales go, this was probably the best finale I’ve seen in a very long time. The characters stayed true to themselves, the storyline was believable, and most importantly, the future they painted was full of happiness, love, and realism.

I have been in love with “Schitt’s Creek” since I discovered it during its second season. While a very intelligently funny show, the world of “Schitt’s Creek”, which was absent of homophobia, made me, a middle aged gay man, feel more comfortable with who I am. You’d think after all these years I’d have it all figured out. I’ve marched in gay pride parades, I don’t shy away from my love for my husband and our family, but I’ve always seen myself as a “less than”. The honesty of all the characters on “Schitt’s Creek” helped me chip away at that.

I’m really bummed to see the show go off the air, especially during these unprecedented times.

My husband and I have already decided to rewatch the entire series and we’ll probably do it more than once. I secretly hope (though is it a secret when I write about it on this blog?) we’ll see the Rose family and friends again someday.

“Schitt’s Creek” is where we need to be.