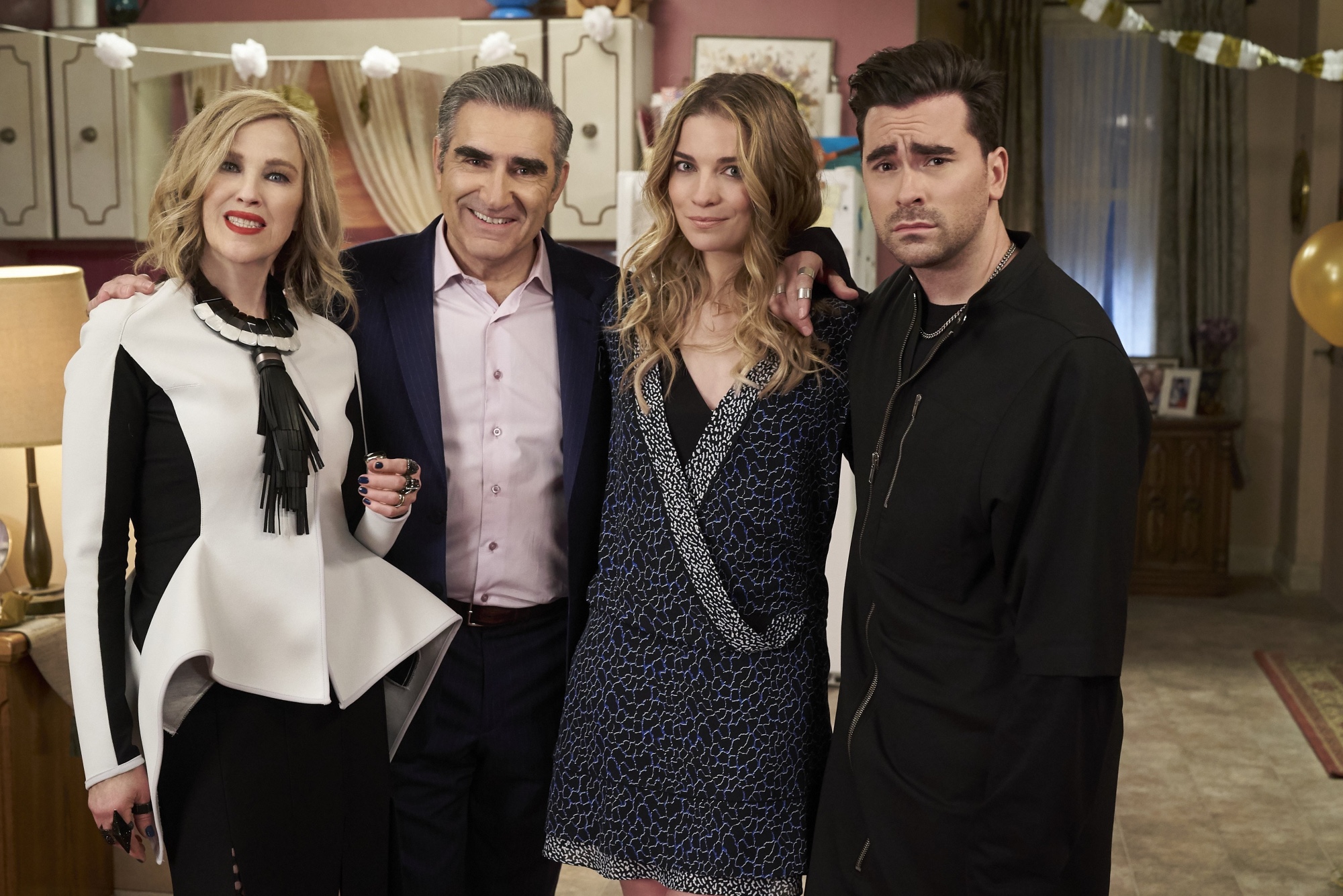 The four of us have been getting together on a regular basis to watch this last season of “Schitt’s Creek”. I discovered the series back when I had my last surgery to fix my plumbing a few years ago. Earl and I have been faithful followers since then and have always been excited to see new episodes on Pop!TV. Jamie and Chris recently binged the entire series to get to the latest episodes.

“Schitt’s Creek” is in its final season and the countdown of the last episodes has begun. I remarked to Earl last night that I’m actually going to be quite bummed when the series comes to an end in a few weeks. There is a certain simplicity in the complexities of the characters and the show. I mentioned that seeing these characters completely embrace who they are without hesitation, especially Dan Levy’s David, made me feel more comfortable about who I am.

It’s better when we just be.

The last three episodes of the series (thus far) felt rather touching in their quirky own way. There was even a flashback to an earlier episode.

I’m going to miss this show when it ends its run. It’s probably been my favorite show of the past year or two. I’ll be positively disconsolate when there’s no more adventure to be enjoyed.