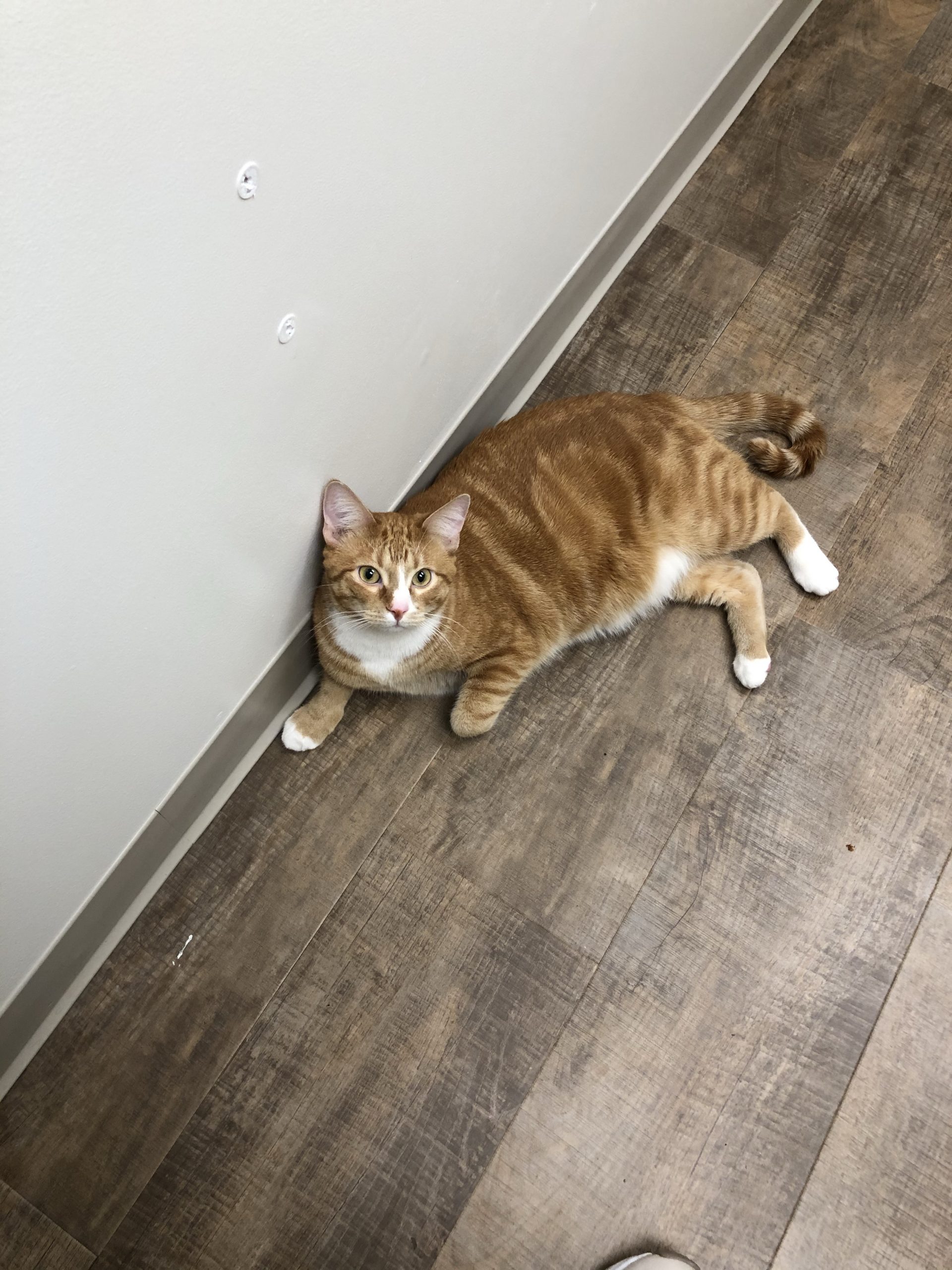 Truman was mostly chilled out at the vet today. It was his annual checkup and shots and he did just fine. He’s gained some weight and we have to watch the kitty calories (don’t we all!) but otherwise he’s in good shape and a healthy three year old.

He’s asked me not discuss the numbers from the scale. Just keep the kibble coming. And treats.

Back in the days when cash registers had 7-segment LED displays, this is how they spelled out messaging indicating that particular checkout lane was closed. I always thought this was quite the nifty way to relay a simple message and I like the retro look to the message.

I posted it on Twitter because I’ve checked out of the dialog for a little while. A minute? An hour? A day? A week? Who knows. After seeing tweets praising Trump for posting photoshopped images of Senator Schumer and Speaker Pelosi in Middle Eastern type religious garb, insinuating their conspiring with terrorists, I came to the realization that Twitter hasn’t learned anything, despite the PR claims of being a better Internet citizen. Trump can post outright hate speech and Jack Dorsey and friends will never do anything about it.

Why should I contribute to any dialog on the platform, let alone lending my response to any political discourse.

I’m often too emotional in my responses to political discussions and debate. I am emotional because I’m passionate about doing the right thing in and for society. Belching and barking on Twitter isn’t going to change anyone’s mind and it just feeds the trolls.

So I’ve checked out. I’ve closed my lane for a bit. I’m on break.

Yesterday I went for a walk through the neighborhoods and ended up at a Starbucks I had never been to before. On the edge of Boystown, this location was rather small with only a couple of tables and some stools along a counter, which was up against the window. At the time the window was all fogged up with moisture, making it difficult to see inside or outside, depending on where you were.

I picked up my order at the counter and found one seat at the counter available if one was playing by the “every other seat” rule so typical these days. I got situated with my iPad and I started perusing through some blog entries and the like. I was getting in the mindset to write a blog entry.

I realized I didn’t have a napkin so I turned from the window and stepped toward where these things were stored and a woman locked eyes with me. She was middle aged, rather disheveled looking but had a gigantic laptop in tow. She started walking toward me with an engaging look on her face. I knew she was going to talk to me. Her t-shirt proclaimed in very large letter, “You Need Jesus”.

I maintained the locked gaze, raised my hand in a signal of “wait”, and simply said, “Nope”. I maintained gaze for a second or two and she returned to her seat in the corner.

Settled back at my seat in front of the fogged up window, a large man sat down to my right. He was accompanied by a smaller man and they began talking loudly. There were lots of sounds of complaint, exasperation, and resignation coming from the both of them. Determined to settle in my space, I focused on whatever I was doing at the time.

It was then the man started receiving text messages.

What I would have done for silent mode. I would have even welcomed the comforting ring of a Western Electric telephone. But this noise was too much and I had already put the brakes on one person in the store, I didn’t need to bring down the rest of the population so I did the reasonable thing.

I picked his phone up and smashed it down on the counter. It was so easy to just reach out, pick up the phone, and using all the rage I was feeling at the moment, just slam the phone down so hard that it broke. The cheap Android phone shattered and I felt vindicated.

I didn’t actually do that, but I fantasized about it and I’m fantasizing about it again right now as I think back on the experience. What I actually did was pack up my stuff, put on my jacket, recycled my cup, and headed out the door.

I glared at him on the way out. He was too busy listening to his shrieking phone.