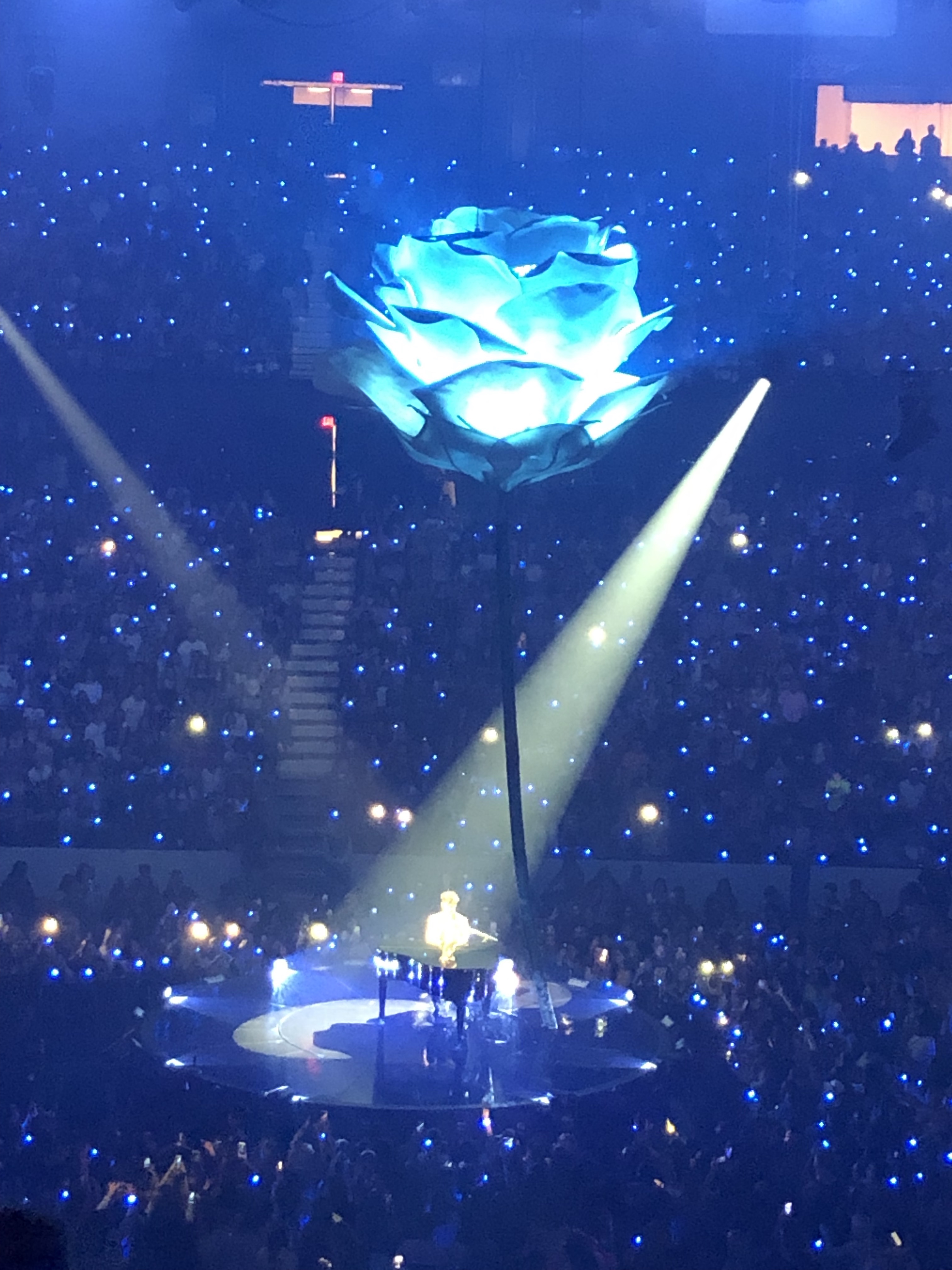 So last night the family went to Allstate Arena to see Shawn Mendes. He is touring on “The Tour” and puts on a good show. I’m not a huge fan of his music but he exhibits a decent amount of talent, has a good voice that doesn’t sound electronically modified too much, and puts a lot of energy into his performance.

When we were entering the arena we were all given white wrist bands with little LED lights in them. I thought these were to be used in place of lighters of the old days, but it turns out they didn’t turn on when we removed the battery protector. There were no switches.

Made by PixMob, these little bracelets lit up as Shawn took the stage and for the next 90+ minutes, our bracelets were part of the performance’s light show. They twinkled. They flashed. Waves of color danced over the crowd for the entire performance.

I was captivated by this technology.

According to Wikipedia, the bracelets are controlled by infrared signals, much like the remote control on your television.