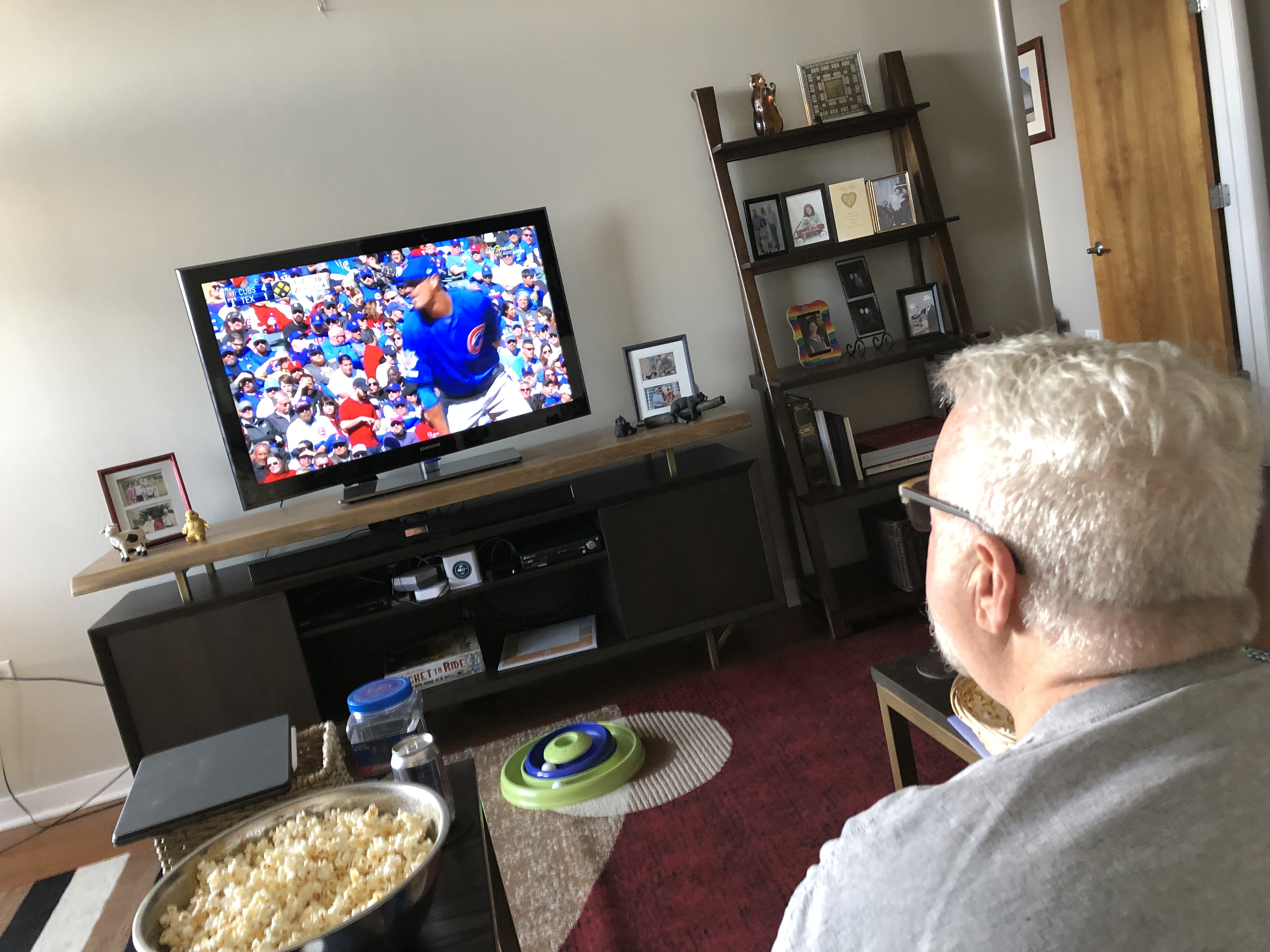 This is what an enjoyable Sunday afternoon on the ground in our home looks like. The Cubs didn’t win today, but we still enjoyed watching the game together.

I’ve said it before and I’ll say it again, I have become really tired of this trend of celebrating stupidity. I’ve had a front row seat for the degradation of American society for the 50 years I’ve been on this planet, but over the past couple of years the pace has shifted into Overdrive.

We live in an age where:

I doubt folks called The Dark Ages while it was happening, but I wouldn’t hesitate to think of this as The Age of Celebrated Idiocy.

Technology has the potential to do many things in the world. When we were in the infancy of global communication and being connected to practically every other human being on the planet, no matter where they were located, I never thought leaps in technology would make the masses willfully ignorant.

I fully support the idea of a reboot.