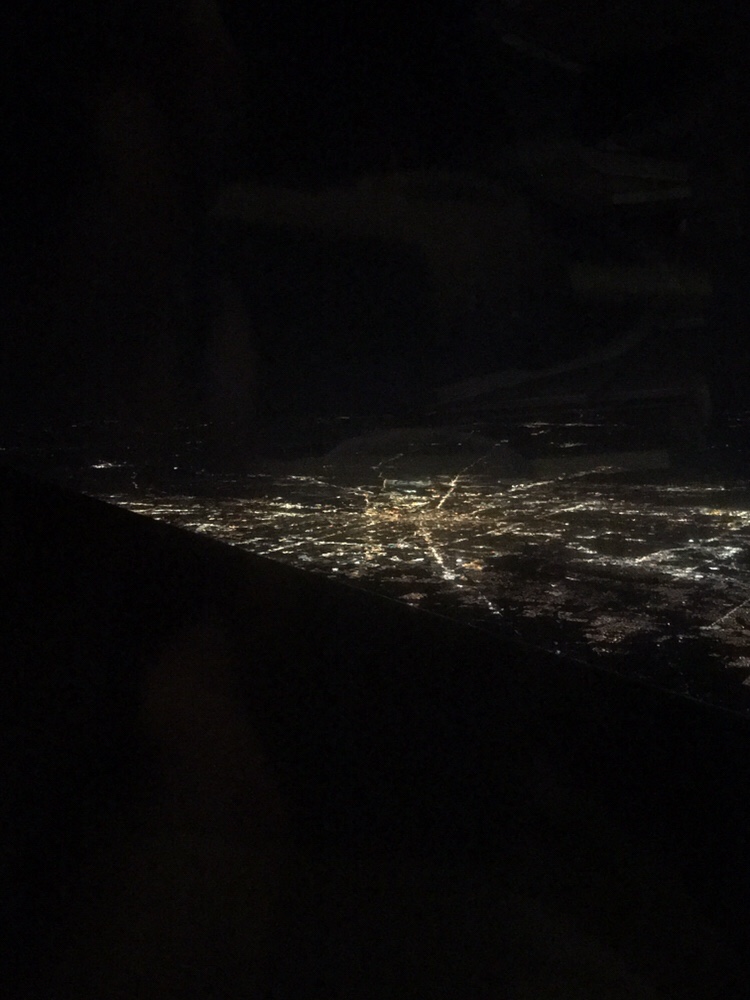 As I gaze down from this commercial flight, looking at Indianapolis from 35,000 feet, I realize that I am not as entrenched in aviation as I want to be. I’m still flying, though airplane rentals are proving to be a little bit more of a challenge than I anticipated them to be in Chicago. I’m firmly committed to an airplane purchase in early 2019 and I’m looking forward to working with Earl on the budget to make that happen.

The sky is brilliantly clear as we fly through the early darkness of a Tuesday evening. From up here it’s easy for me to spot the wide selection of Airport Beacons dotting the landscape below. I love flying at night, both as a passenger and a pilot. My last two flights in the rented Cessna 172 have been night flights; my work schedule pretty much makes this a necessity if I fly during the week. Finding the runway of our new home airport in the midst of a sea of suburban lights was a little more of a challenge than I originally anticipated it to be, especially on the night the panel mounted GPS failed. However, I am armed with enough technological gadgets to circumvent this issue in the future.

I’m anxious to move to the next chapter of my aviation career, even though my “career” is as a private pilot. My work toward an instrument rating has been stalled a little bit; living in the big city offers a lot of enticements for other activities, but I’m finding my new balance and am getting back to my studies. I don’t want to stop at my instrument rating; I’m ready to continue on from there. But there’s more I want to do the aviation world. I want to bring more awareness to how awesome flight can be. So many people today see flight as a mode of transportation. It’s still nothing short of sheer awesomeness for me.

Any seat on an airplane is an awesome. I just need to spend more time in a seat, preferably in the left seat of the flight deck.

I’ve spent the last 48 hours in the southern, upstate city of Greenville, S.C. I made the trip for work; I’ve brought a new team member onboard and Monday was his first day with the company. I am excited about the skills he brings to the team and I think he’s going to be a great asset. I’m hoping he’ll become acclimated fairly quickly.

On Monday I also added three folks to my team, as their previous team and our team merged as a result of a recent company acquisition. One of the team members drove from Birmingham, Ala. to Greenville for the trip. I had talked to him on the phone; meeting him in person was a great way to start the ball rolling for the larger team. I’ve excited about the opportunity.

While I’ve always enjoyed my time in Greenville, S.C., and I’ve spent quite a bit of time down there for work trips (and a few trips to fly with a flight instructor down there), I’m finding I’m not as keen on travel away from home for work since moving to Chicago. I never expected to fall in love with The Windy City when Earl and I first talked about relocating earlier this year. Now I find difficulty sleeping without the rumble of the Brown Line ‘L’, muffled by the white noise of a fan, passing by the building every so often. I’ve also been spoiled by the Purple mattress we purchased when we moved to Chicago. Traditional mattresses and box springs seem so lumpy and unforgiving.

One of the beautiful things about traveling from work with Chicago as your home city is that it’s pretty easy to get from point A to point Z in one hop. Layovers are becoming a thing of the past for me, and that is a delight. Flying to Syracuse (on an airline) always felt undignified. The flights were usually relegated to one of the dingiest, smallest gates in the connecting airport and people just seemed to struggle with the whole boarding process when headed to SYR. Folks bound for O’Hare seem a little more airline savvy. Maybe it’s the wonder of flying out of a smaller location to the third largest U.S. city or perhaps folks are more apt to be going “somewhere” instead of headed home if they’re connecting in Chicago. My brief analysis of flights to Chicago as home has seen less hassle at the gate of departure and more on-time flights.

Maybe my tendency to now fly United instead of Delta has helped with this situation.

I had a small personal victory this evening when I boarded UA 4612 and saw the same flight crew as I had on the flight to Greenville on Sunday. The names of the pilots in the flight deck were the same and the Flight Attendant, the friendly Emily, had taken care of our safety and ancillary needs on the flight down. She offered beverage refills on both flights.

Being a remote employee, it’s always good to see my colleagues and some of the folks on my team. It reinforces our professional connection, boosts my moral and makes me feel less disconnected. I work with good people. I’m very lucky in that regard. I’m sensitive to office chatter when I’m working at the office and have a hard time tuning it out. This morning I listened to two ladies talk about their favorite cities across the country. Baltimore, Denver, and Boston were all mentioned with high regard.

Both agreed that Chicago was their favorite.