Truman enjoys sleeping in the middle of the floor these days. I think he likes the cooler tile and such in the warmer weather. He strikes a pose and does his thing. Occasionally he finds something he needs to turn an ear to, but then he’s back at his quasi-catnap, never losing site of maintaining a pose. 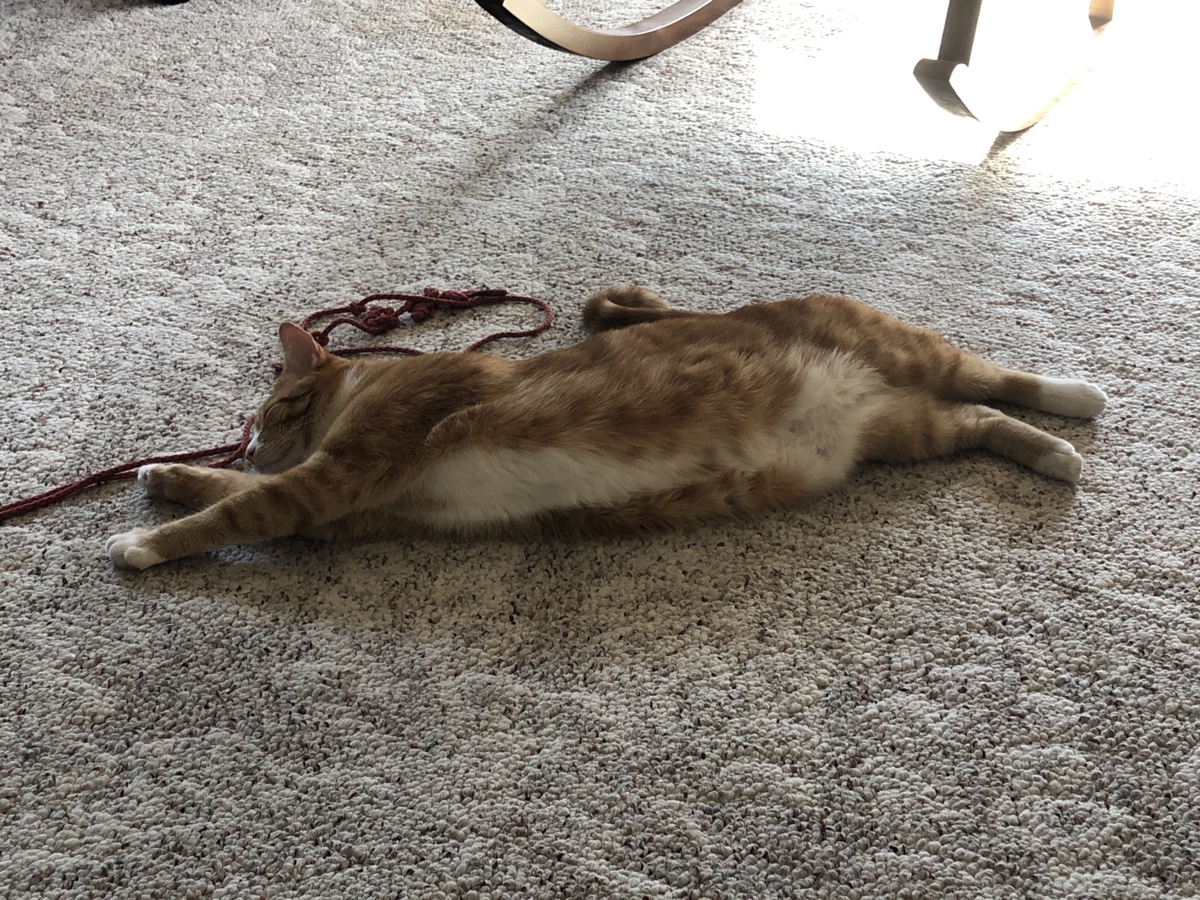 Truman is very comfortable in home and with the family all living together. We had guests this week and he was a gentleman for the most part. He’d retreat to a secret location when he had enough of the younger humans that were visiting. We’d usually find him stretched out on the floor of our bedroom.

I find it charming when he stretches out like this; it’s a display of trust. Or perhaps it’s just comfortable.

Truman has never been one to cuddle. He’ll sleep on the foot of the bed or he’ll situate himself nearby, but unlike other cats I’ve had over the years, he’s not one to get all cuddly with his hooman.

This morning he settled in next to me on the breakfast nook bench as I was eating breakfast. After giving my arm a quick nibble to announce his presence, he cleaned himself up and fell asleep next to me. I was surprised to see him this close.

He likes me to be close by but don’t smother him. If he was a human he probably wouldn’t be much of a hugger.

Truman has decided he’s a big fan of the bannister. He enjoys looking down on the dining room. I have concerns about him falling but he’s insistent on enjoying his new perch. 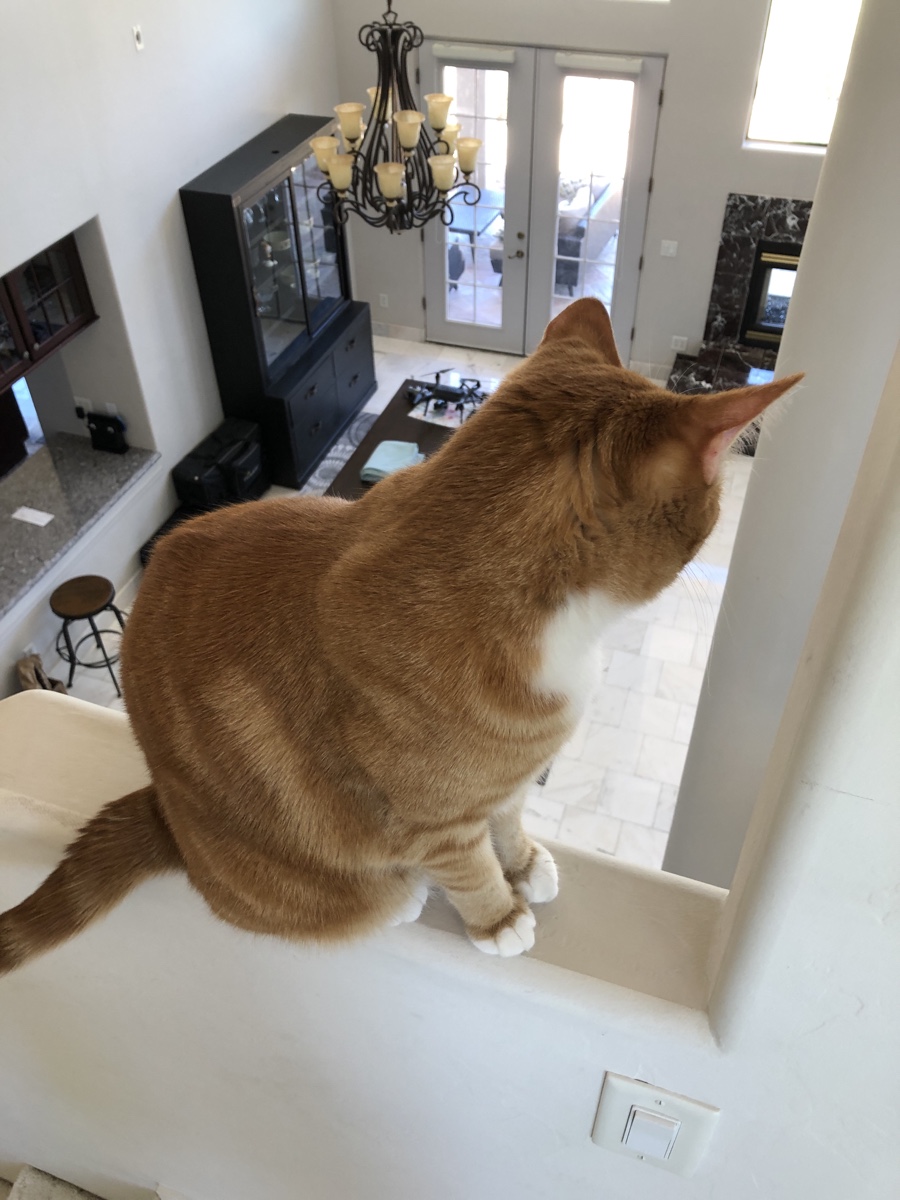 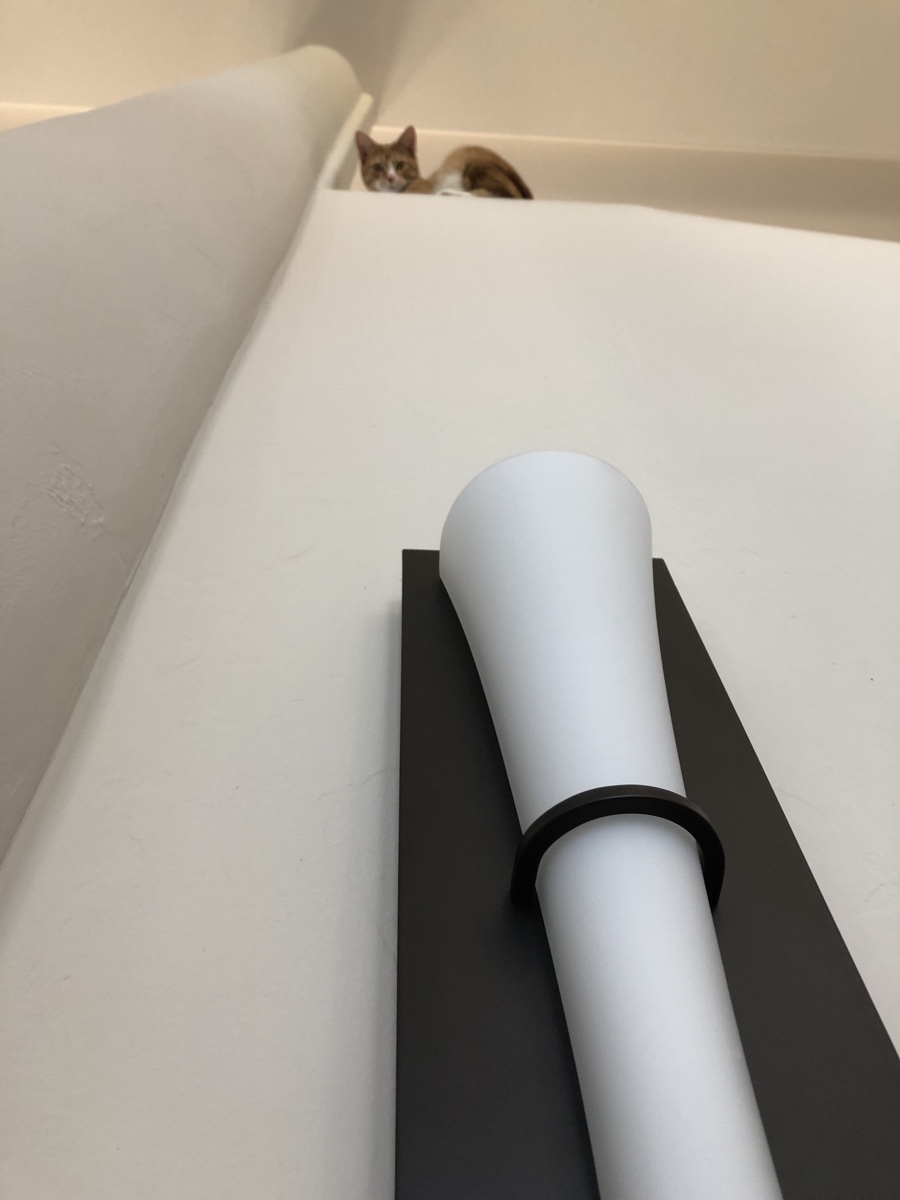 Someone has become very comfortable in our new home. I can’t believe it’s been two months since we moved to Tucson! Truman feels just as comfortable on an end table as he does walking along the ridge that flanks the staircase.

Mr. Majestic here keeps an eye on the wild life around the back side of the house. 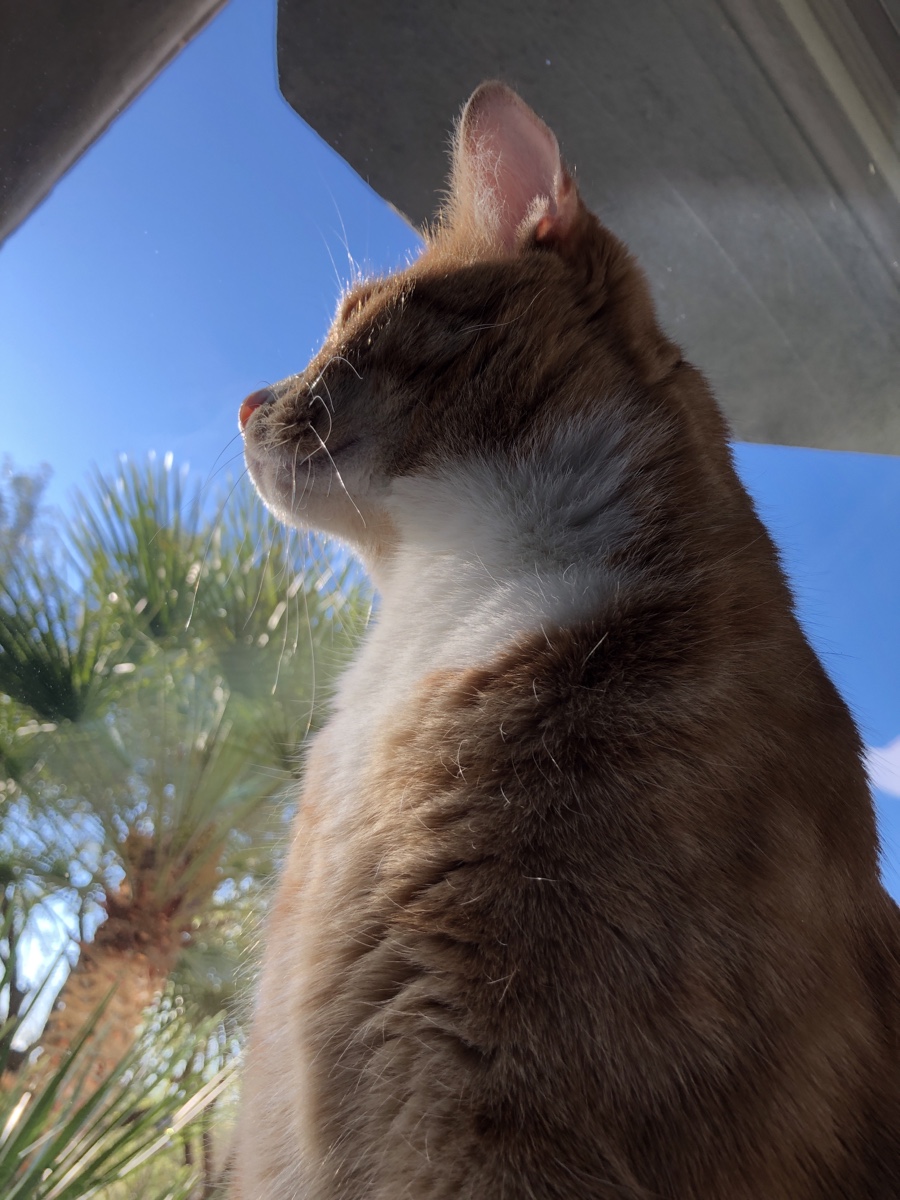 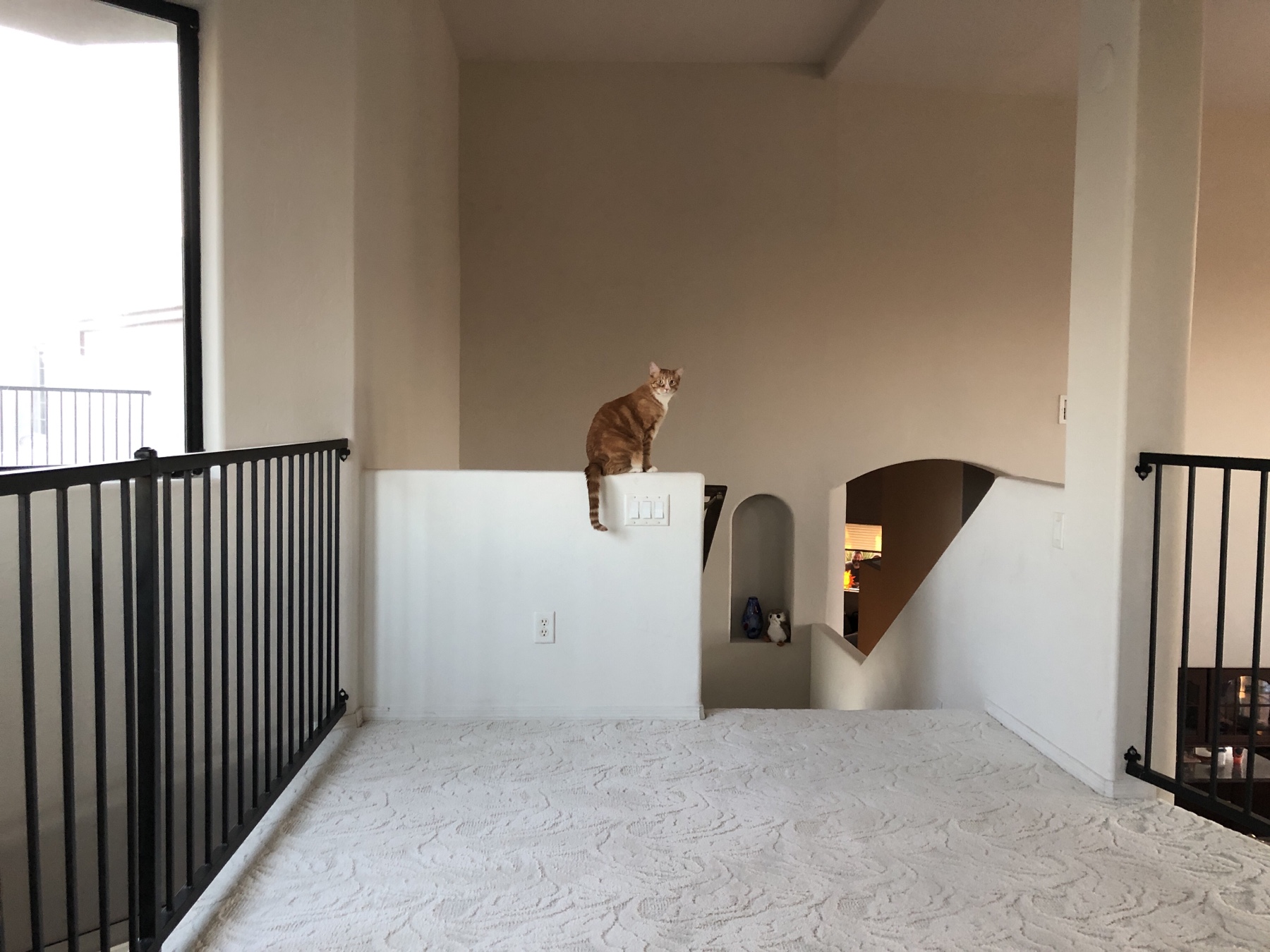 Someone is getting bolder while exploring the house. 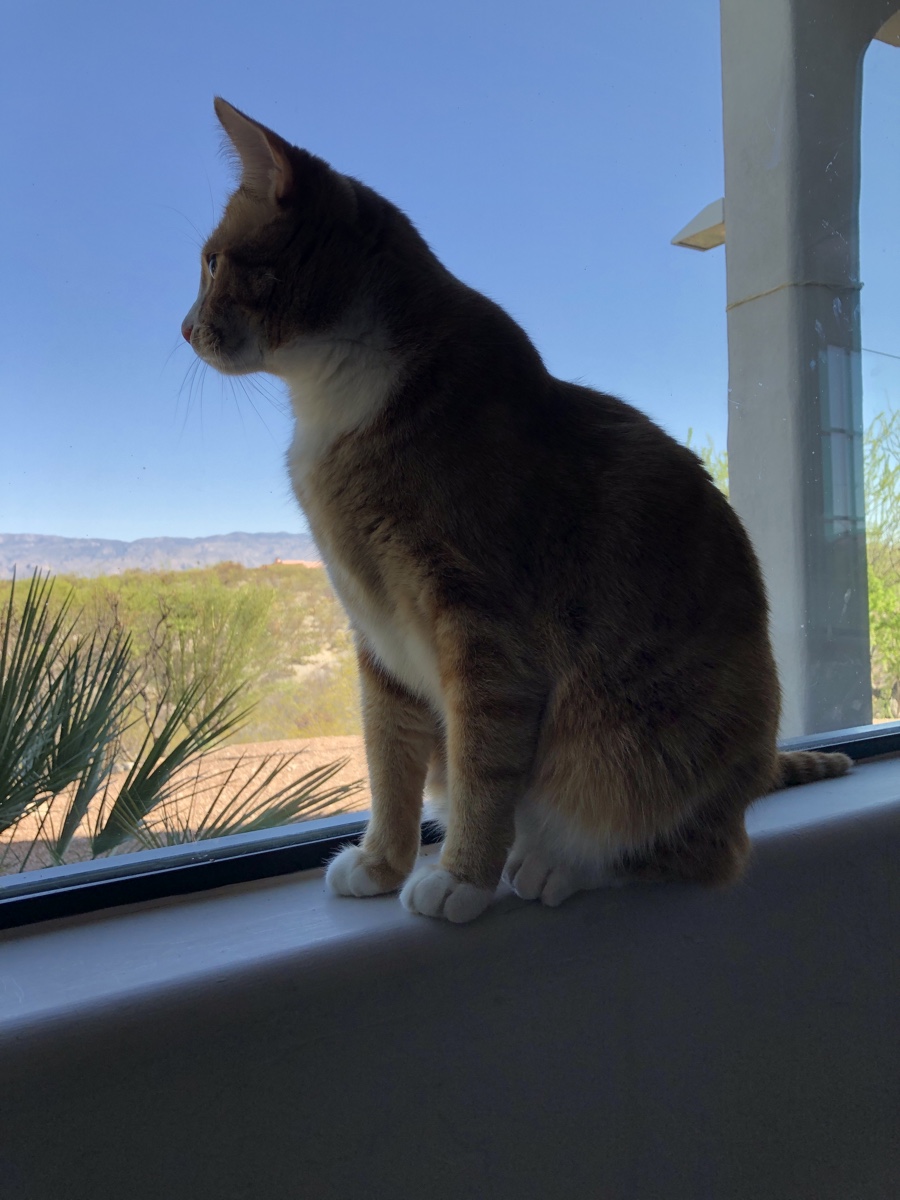 Truman knows the status of every creature in the back yard at all times. He watches every bird’s arrival and departure, keeps track of the lizards running around, and probably sees things we humans haven’t seen yet. 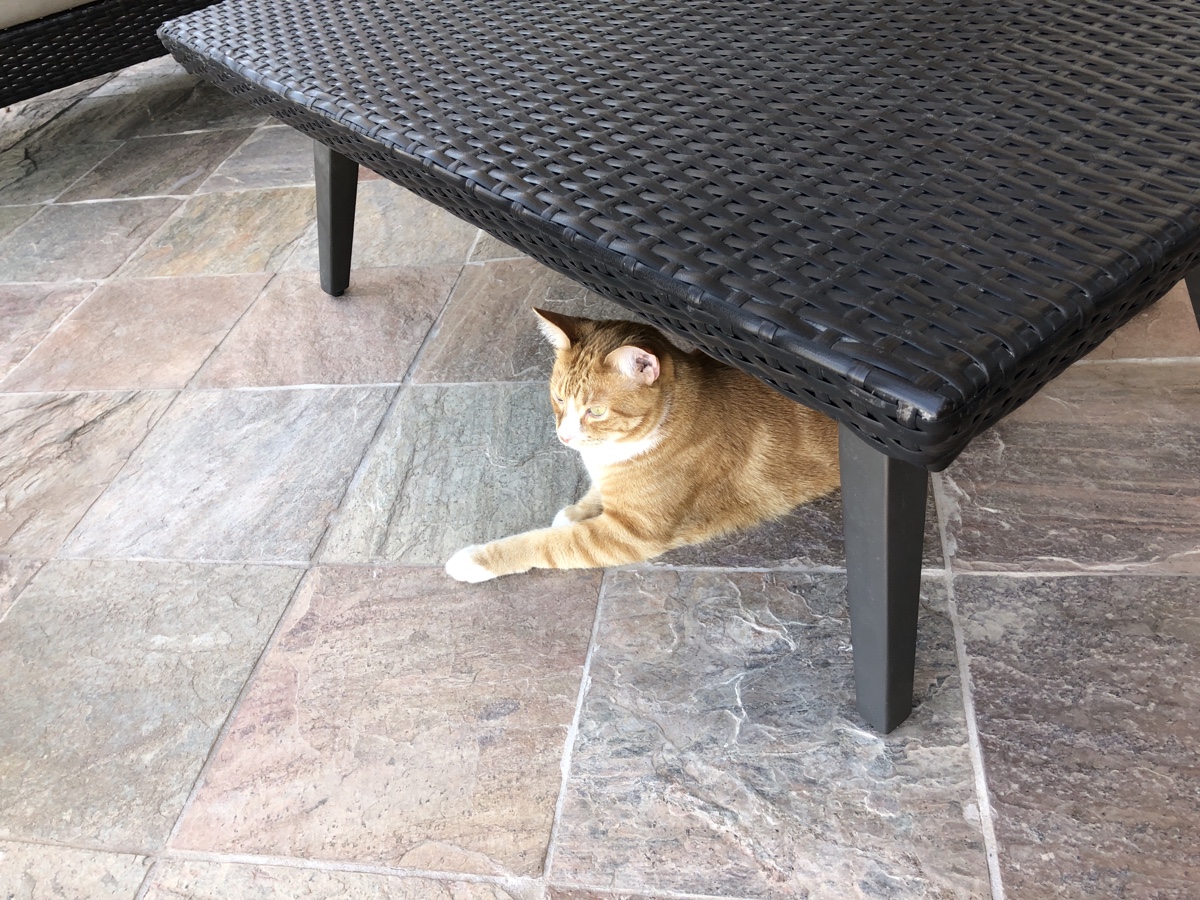 Truman had his first adventure outside yesterday. He’s not allowed outside without supervision and once he realized the rules he settled in on the patio to take in the sites of the desert.

He enjoys watching birds and other movement out back. He sniffed the air a few times and then just relaxed under my watchful eye.

I get the feeling he’s loving all the extra room the house provides. He’s running up and down the stairs like a trooper, has mapped out every square foot of the place, and while still figuring out the rules around what’s considered a countertop and what’s not, he seems the happiest he’s ever been since joining our family a few years ago.

We’ll start tackling the patio and gazebo over the next few weeks once our furniture arrives and things are a little more settled.