This morning’s sunrise was filled with glorious color. I tried to capture it in a photo, but the pictures don’t do it justice. 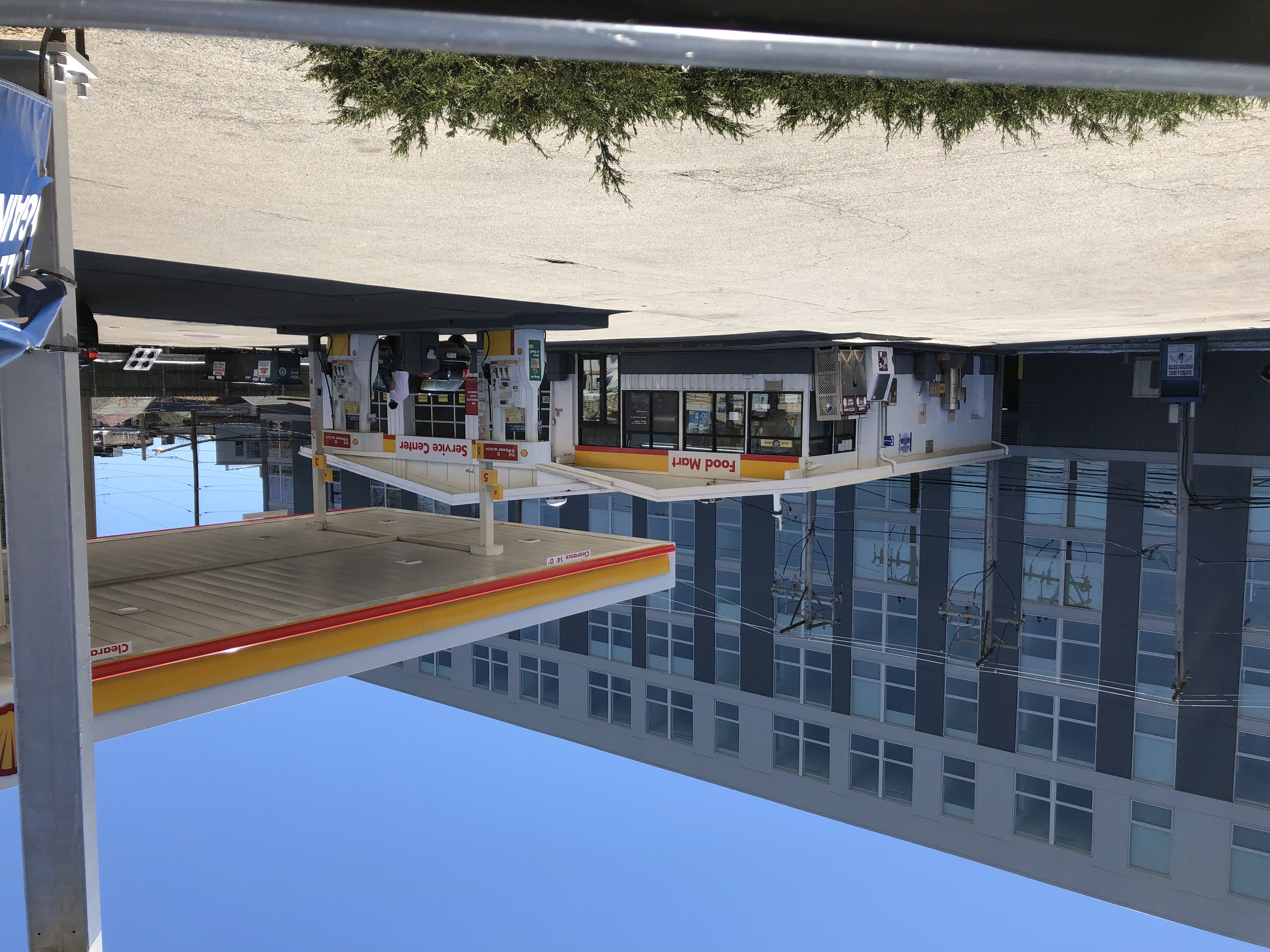 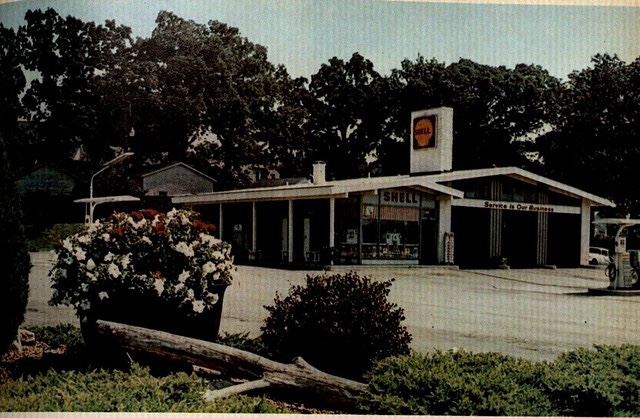 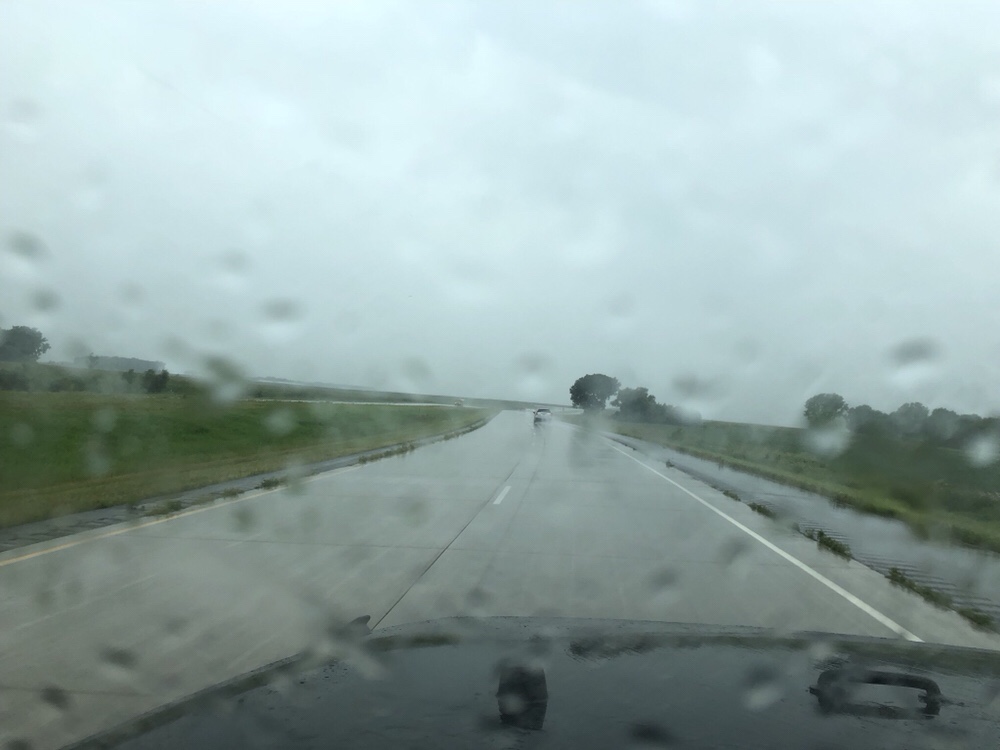 I’ve been watching the forecasts from the Storm Prediction Center all week. When they started mentioning severe weather yesterday, I told Earl I was interested in doing some storm chasing this weekend. He packed me a cooler with sandwiches, salads, fruit, and drink, along with the necessary silverware and other accessories, and told me to go have fun. “Be careful. See you Sunday.”

I’m writing this from the River Hills Mall parking lot in Mankato, Minnesota. I’ve been following heavy rain around all morning; the forecast calls for severe storms this evening and into the overnight hours. I’ll probably move to the east just a bit, as the forecast probability is strongest to the west of I-35 along the Minnesota-Iowa border.

Adventures like this are awesome. I am lucky to have such a supportive husband. 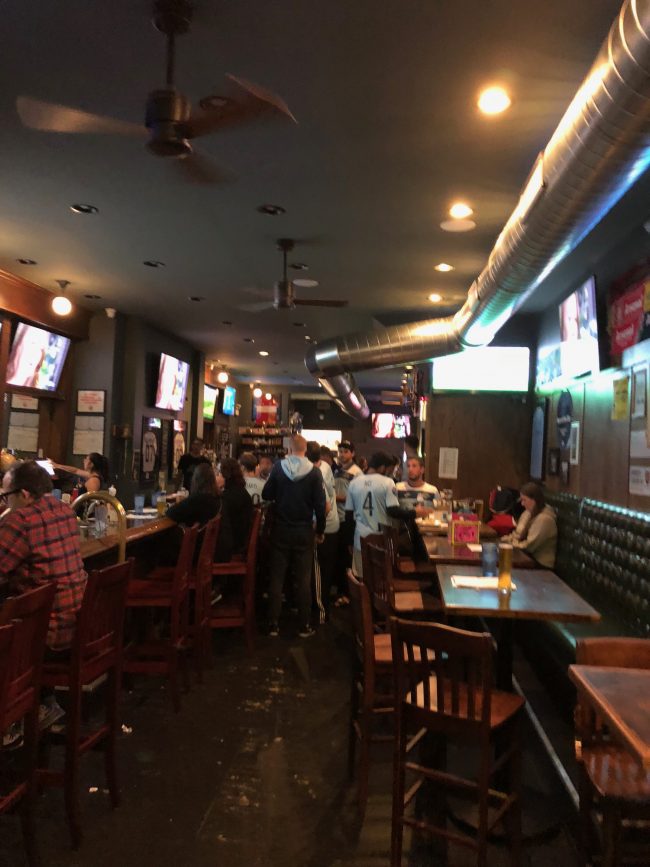 Skaneateles is considered the eastern gateway to the Finger Lakes in Upstate New York. Situated along US Route 20, this charming little town is at the northern end of Skaneateles Lake. Strolling amongst the charming village green along the lake shore, it is evident that there’s a bit of money in Skaneateles. As I understand, the Baldwins (Alec, Stephen, et al) and the Clintons (Bill and Hillary) enjoy spending some down time in Skaneateles.

Earl and I spent the day relaxing today. We had the top off the Jeep, we drove amongst back roads and we just spent some quality time together. It’s a downtime weekend for us after about a month of traveling and being focused on our careers. One of our stops was in Skaneateles.

And it was a wonderful day. 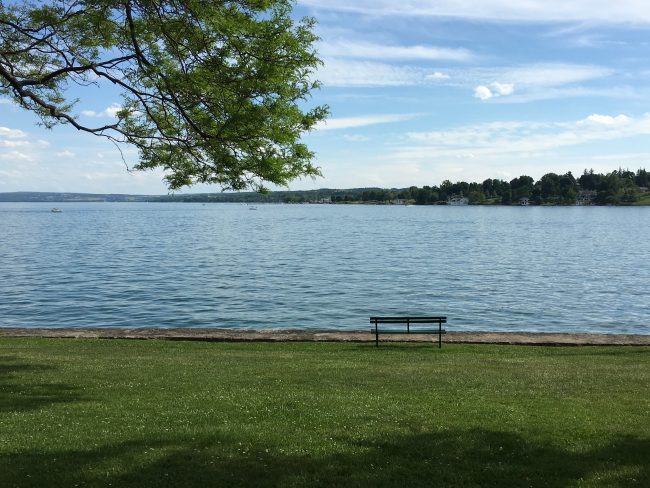 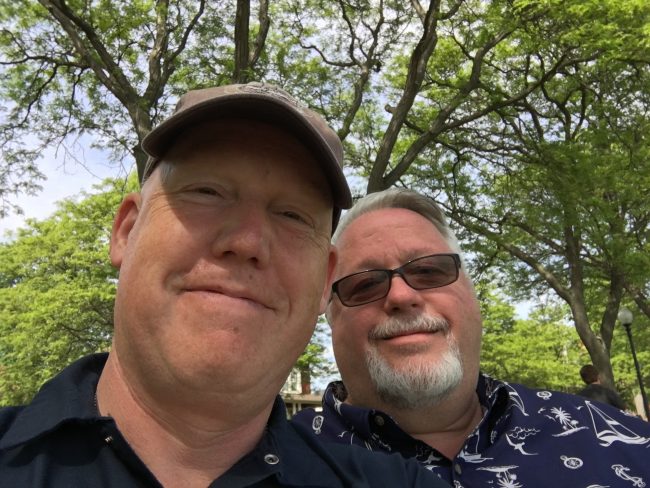 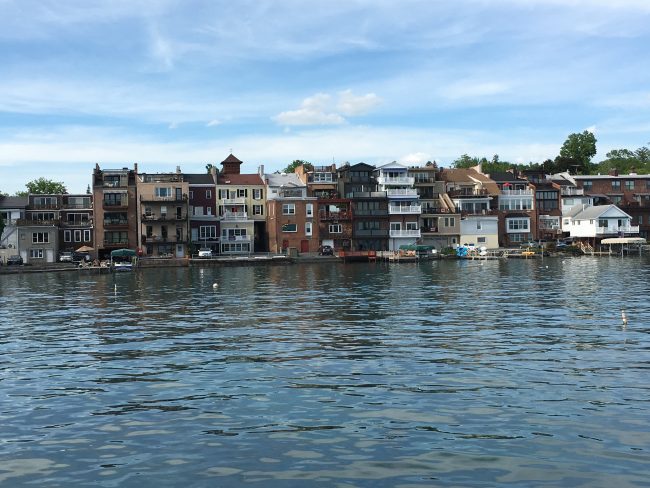 Looking out our hotel room window this morning, we were presented with this lovely house in the middle of a rural field. Honestly, this is the kind of setting I would really enjoy when I retire. 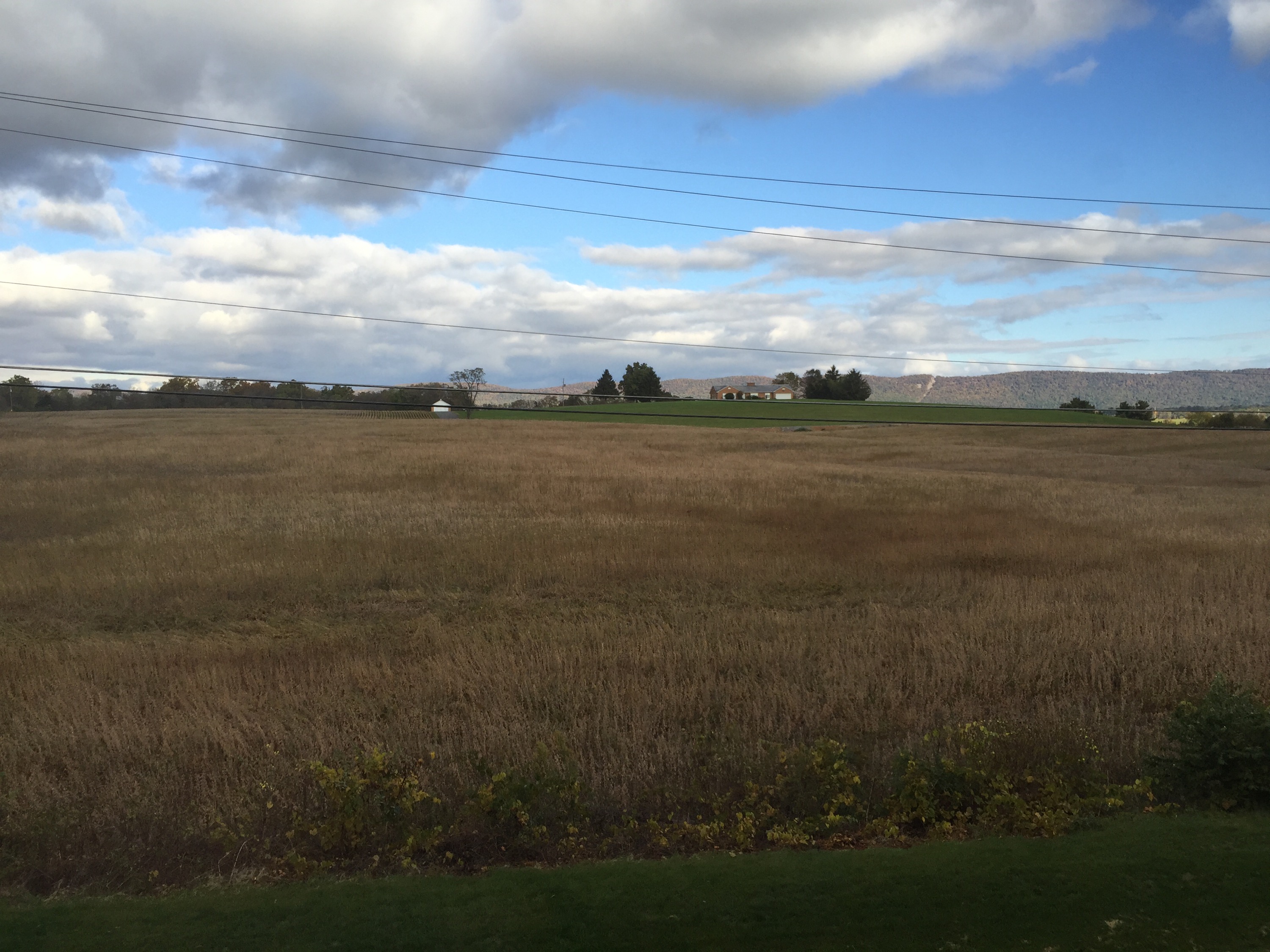 So the husbear and I will be in Houston in two weeks. Anyone have any secret tourist suggestions for that neck of the woods?

So lately I have been making a conscious effort to stick to the posted speed limit. I usually attempt this while I’m driving. There are a couple of reasons for this effort, the first and foremost reason being that I am very concerned about the rising cost of fuel and I am doing everything I can to keep my commuting costs under control. Ironically, the Jeep performs better in the area of fuel efficiency when I’m on back roads instead of driving the freeways. This is backwards from what I have always been taught, but I guess that’s just the way this Jeep works. I’m fine with that; the scenery on the back roads is much better than the interstates anyways. It’s only five minutes or so extra to take the scenic route to work.

One of the features of my Jeep that I enjoy is the “eco” notification. A little display on the odometer tells me “ECO ON” when I’m driving in an economically fashion and just “ECO” when I’m not. There are no recommendations as to how to improve my driving skills to be more economically friendly, because quite frankly, I don’t believe a Jeep Wrangler is the place for a touch screen or anything that fancy but I have noticed that the I am not driving economically whenever I am driving over 71 MPH, even if I’m driving downhill.

In New York State the statewide speed limit is 55 unless otherwise posted. On the interstates and a few other freeways, the speed limit is posted at 65. Traffic rarely moves at that speed, 75 is commonplace and I am seeing more and more drivers doing 80 or more these days. Everyone is in a hurry. During my little experiment I have been driving at 66 MPH (because I’m a rebel) in the 65 zones. I try to stay a close to 55 as I can when that’s the posted speed limit, but occasionally I creep up to around 58 or so because I’m just bored.

I have increased my fuel efficiency from 18.5 MPG to 20.7 MPG using this approach. I think that’s pretty impressive. That’s around 30 extra miles on a tank of gas. That’s around $300 a year in fuel savings for me. I think the five extra minutes it takes to get to work is worth it.

I am a little surprised by the number of other folks on the Thruway that are driving around the same speed as me instead of whizzing by in the left lane without a care in the world but a thumb on the smartphone sending a text message. I don’t think distracted driving is a good idea under any circumstance and I don’t care what the distraction is: unruly kids, bossy GPS systems, phone calls, text messages, makeup application, shaving, eating, it all doesn’t matter, you should be driving and not doing other things. It just makes sense.

And it makes even more sense if you do it at a reasonable speed.

So today is the first day back to work after a most excellent vacation. Though I am officially halfway through the day and currently enjoying a beautiful afternoon during my lunchbreak, I have not finished going through the email that I received during my absence from work. I was braced for the onslought of email, so I’m not stressed about it, but it can be startling seeing message counts up in the four digits waiting in your Inbox, especially after the rules have done their magic and moved things around for you.

My allergies seem to be enjoying the springlike weather we are enjoying here at the tailend of winter. People are doing ‘May stuff’ in March. I know I enjoyed racing around the back lawn this morning as I tried to coax a cat that is deaf back into the house. Sometimes I wonder if he feigns his lack of hearing. He can be tricky like that.

So as I try to get back into the swing of things at work, spring fever runs rampant in my head. I’m looking forward to the ride home in the sunshine.

It’s a good reason to smile on a Monday.