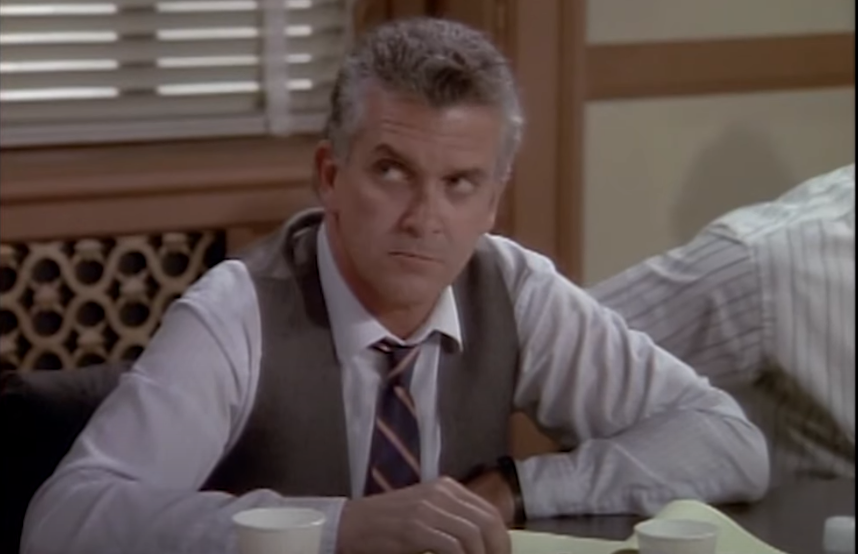 I am always fascinated by extra on television shows. If I’ve had a couple of drinks and start watching old sitcoms, I’ll see an extra doing their thing in the background and start to wonder about who they are. How did the end up as an extra? Did they get their big break and end up front and center on the stage? Are they a friend of the casting director or the producer or something?

The handsome gentlemen seen in this screen capture appears in the fifth season episode of “Designing Women” called “Miss Trial”. He’s one of the jurors being abused by Julia who has been sequestered with the other jurors on a trial after being reported by Charlene to the judge for not doing what she was suppose to do as a juror.

Admittedly, the guy garnered my attention because he’s quite attractive, even by my standards back in 1990.

I searched IMDB but didn’t find out a thing about him. He’s not listed in the “all cast and crew” section so I don’t know who he is. But as a favor to this unknown background extra I posted his photo on IMDB. Maybe someone will provide a name someday.

I think part of my interest in these background extras comes from my days in high school theatre when I would end up in the chorus or one of Mame’s random party guests while singing “It’s Today” or something. Light the candles, fill the punchbowl, throw confetti, it’s today!