I occasionally have flashes of TV shows from the late 1970s and early 1980s that no one has probably thought about in years. Once such show is a promo for a pilot that I can’t remember the name of, but aired after the cancellation of “Rhoda” and had either Julie Kavner and a dark haired man (who was shirtless in the scene) or it was David Groh (Joe on “Rhoda”) and a dark haired woman of Julie Kavner’s build. I remember when seeing that promo connecting it to “Rhoda” because that show had been cancelled. To this day I can’t figure out what the name of the show was.

But this got me scouting around for obscure shows from that era and I came upon “On Our Own”. A show that seemed destined to fill a “Laverne and Shirley” gap for CBS, this show was about two best friends that worked for the same advertising agency in New York. In fact, the series was filmed in New York. It lasted only one season, had a funky opening theme song, and was recorded on video tape instead of film.

The two leads were played by Bess Armstrong and Lynnie Greene, the latter having played “Young Dorothy” throughout “The Golden Girls” in the 1980s. 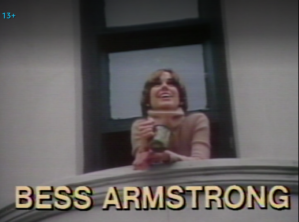 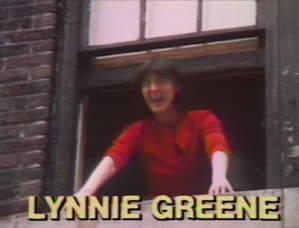 While poking around on Amazon Prime Video, I found “On Our Own” and a whole bunch of obscure TV series, available for ad-supported free viewing.Â  The complete series isn’t there, there’s a few episodes missing, but nevertheless I was very surprised to find such a short-lived show available on digital streaming services 45 years later.

I took a gander at a couple of episodes. It’s basically your typical, late 1970s sitcom. What I absolutely did not remember about the series was the supporting character April played by Dixie Carter. She’s more Suzanne than Julia in this series, but still a hoot with her Southern accent. 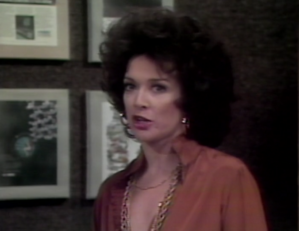 It’s worth a watch if you have a few moments. Here’s the link: “On Our Own” on Amazon Prime Video. 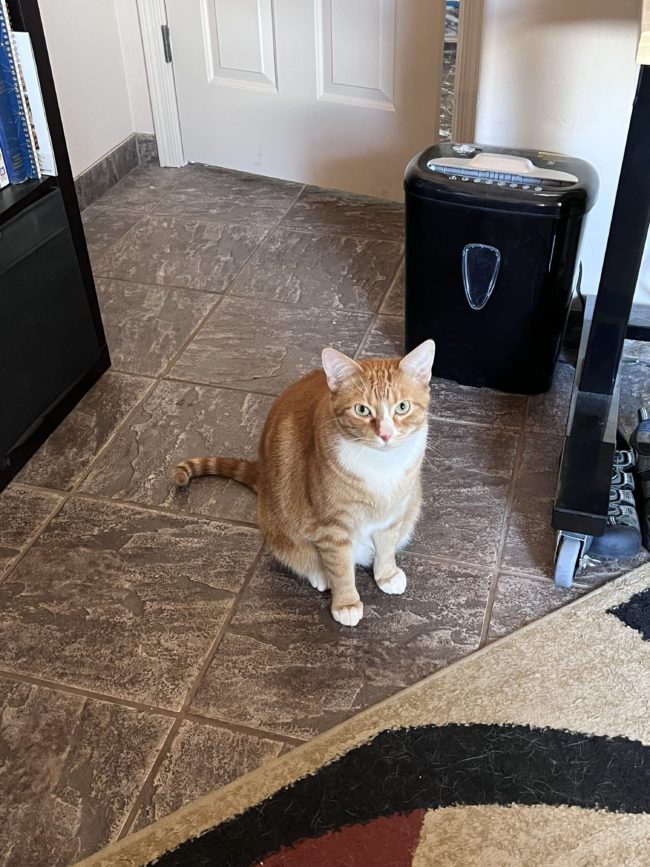 Truman looking over my work progress

With all the all-day meetings I had this week, Truman was displaying a bit of impatience when it came to pets and treats at the appropriate time. I tried to explain to him that sometimes the one that provides the treats has to talk to people elsewhere in the world. He didn’t care, he said they were probably dog people, and then he gave me a little bite on the leg to reinforce the point. That’s one of the things he likes to do, a little bite to get the point across. It’s only one bite at a time, there’s no other aggression and if I present my arm again he turns away. He just likes his kisses to count, I guess.