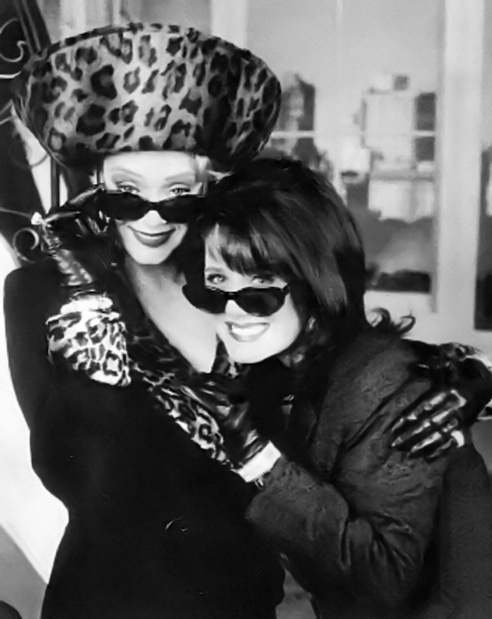 After watching a couple episodes of the new series “Hacks” on HBO Max, I was reminded of a mid 1990s sitcom starring Mary McDonnell and Jean Smart. More of a response instead of a take-off of the U.K.’s “Absolutely Fabulous”, the two ladies starred in a short-lived CBS sitcom called “High Society”.

Mary McDonnell played Dott, a wealthy socialite that inherited her husband’s book publishing company. Jean Smart played Elle, her best friend and one of the leading authors in the company; her specialty is trashy romance novels. Hilarity ensues as the two trade quips about fashion, high brow living, and the like. It really pushed the envelope for the time; Jean Smart had works with CBS executives over how many times she would say “bitch” per episode. CBS eventually caved in confidence and despite decent ratings for the show, cancelled the series after 13 episodes.

The jokes push the limits of 1995-1996 television. This was a couple of years before TV episode ratings were introduced to the masses. There ranks everywhere from “Michael Jackson and George Hamilton passing each other on the color wheel” to “She died when a masseuse dislodged a blood clot in that poor old woman’s stovepipe legs and killed her” to Jean Smart’s Elle coming onto Dott’s 17-year old Young Republicans (and very hot) son.

There are VHS copies of copies quality episodes (usually hacked into three pieces) on YouTube, but the Internet Archive has all 13 episodes in decent quality. It’s high camp and the series becomes a little uneven as the episodes go on as CBS tweaked and tried to “soften” the series a little bit. Things to look for: Mary McDonnell occasionally turning away from the camera laughing, Doris Roberts playing a mom in a later episode, and Jean Smart camping it up to 500%.