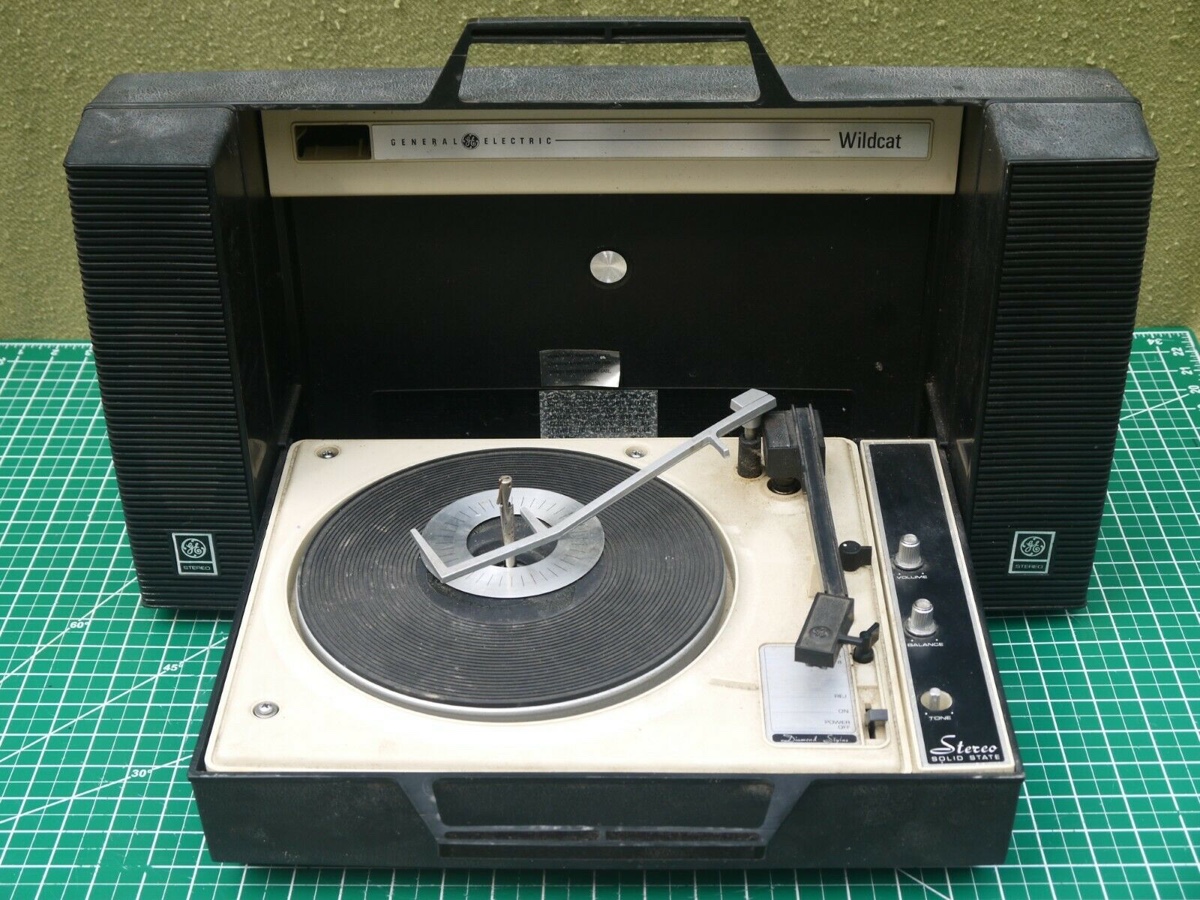 My Mom’s birthday is two days after Christmas. In 52 years I’ve never combined her birthday and Christmas presents together, because that’s just lazy. She didn’t pick her birthday so she should always get a separate memento on each holiday and I’ve stuck to that and I will stick to that until one of us moves onto the next thing.

Back when we lived in the Great Lakes mobile home (so pre-1977), Grandma City bought my Mom a GE Wildcat record player, identical to the one pictured above, for her combination Christmas and Birthday gift. It was quite the marvel with the ability to hold six albums at once and a convenient storage place for the 45 RPM adapter up in the upper left hand corner. The whole affair closed into a convenient carrying case. It was situated on the built in shelves in the mobile home “dining room”, which was actually the original living room until Dad built the addition onto the house and we had a new living room where the porch used to be.

The GE Wildcat record player made its way to the new house in September 1977 and was still going strong when I left home for college in late 1986. I don’t know what happened to it after that. I probably spun it out of favor with all my Stars on 45 records blasting in the family room. I don’t think it was ever transported to a party using the nifty carrying case feature. Maybe Mom and Dad did that under the cover of darkness after we were put to bed and guarded by a sitter.

Outside of the Christmas season the GE Wildcat was playing Anne Murray, Kenny Rogers, or the Statler Brothers unless I was playing Stars on 45 or Elvis Presley’s “Rubberneckin”. In the mid 1980s it played many more records, all stacked up nicely and conveying the glorious synths in tiny stereophonic sound.

Before I wrap up, can I just say I find more consumer comfort in seeing the entire “GENERAL (GE) ELECTRIC” logo instead of just the modern (GE) ball we have today? It’s just part of my delightful eccentricities.

May your days be merry and bright, you wildcat.