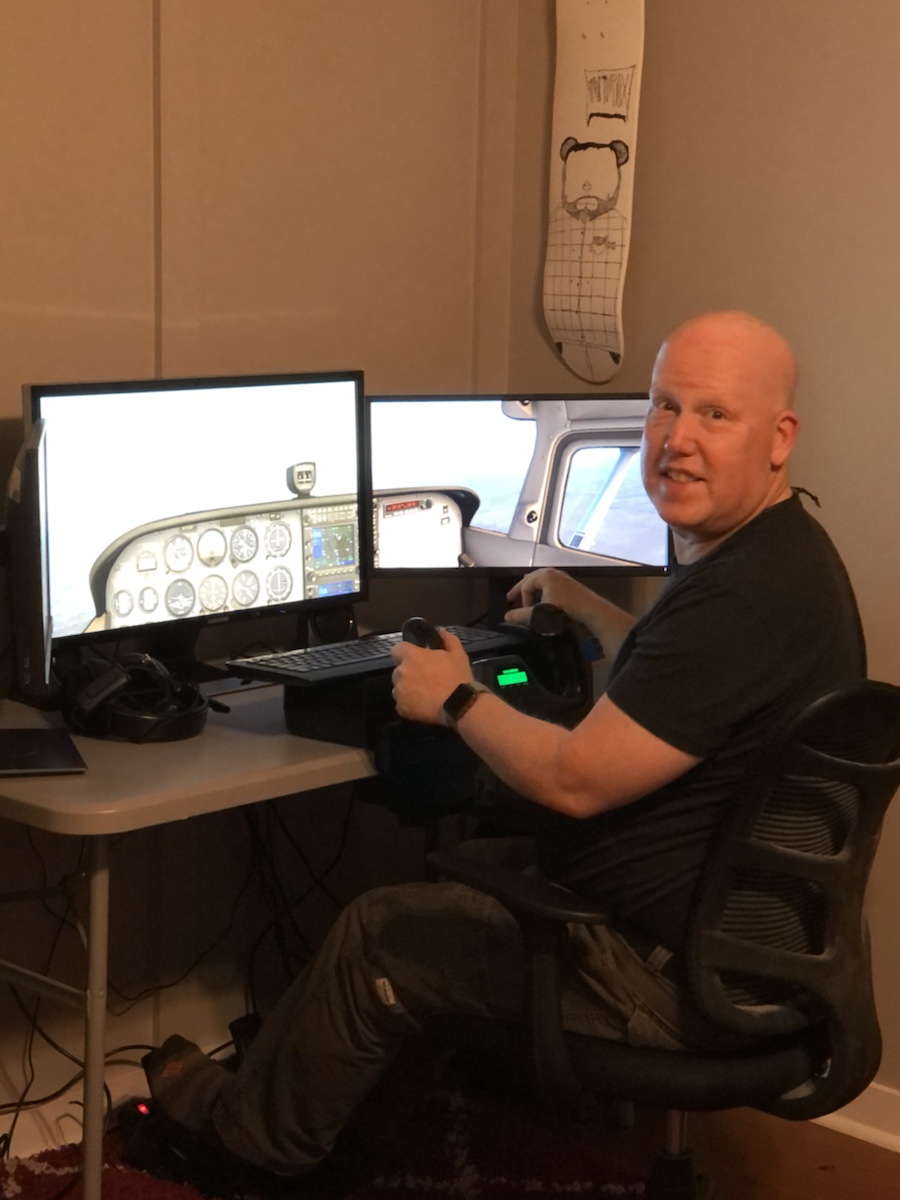 As a pilot I don’t have much success in flying flight simulators like X-Plane 11 or Microsoft Flight Simulator 2020. The software is amazing; today’s technology provides a level of realism at a price we would barely even imagine a dozen years ago. Nevertheless, I’ve found the experience to be less than ideal.

With the pandemic all the rage and me not being able to get up and fly as often as I’d like, I finally decided to invest some money into a decent flight simulator setup and take to the virtual skies. I bought Chris’ old Alienware desktop gaming PC with lots of upgraded components, finally got my hands on a set of USB rudder pedals and a yoke and throttle quadrant and downloaded the dozens of gigs of data from Microsoft to get the software installed.

I’m having fun with the setup.

I’m not a fan of carrying out various functions (deploying flaps, retracting gear, etc) via keyboard commands, so I’m going to add more switches and buttons and baubles to the setup, but for now I’m able to take off from any airport in the world all via computer.

I chose my dad’s old home airport as the runway to depart from on the sim. The data for this private airstrip is a little off, it has the runways listed as 18 and 36, when in reality they are 16 and 34, but otherwise the landmarks and topography and the like are all very accurate. As a certificated private pilot I’ve never flown an airplane out of dad’s airport (I’ve always been along for the ride) but I felt a certain amount of excitement when I flew the sim computer out of the strip for the first time. It made me appreciate the amount of skill my dad and his fellow pilots based at that airport had. With a gravel bed at one end, and trees and power lines at the other, you have to be on your game trying to get in or out of the small field in Upstate New York.

I’m looking forward to giving it another simulated try this weekend.