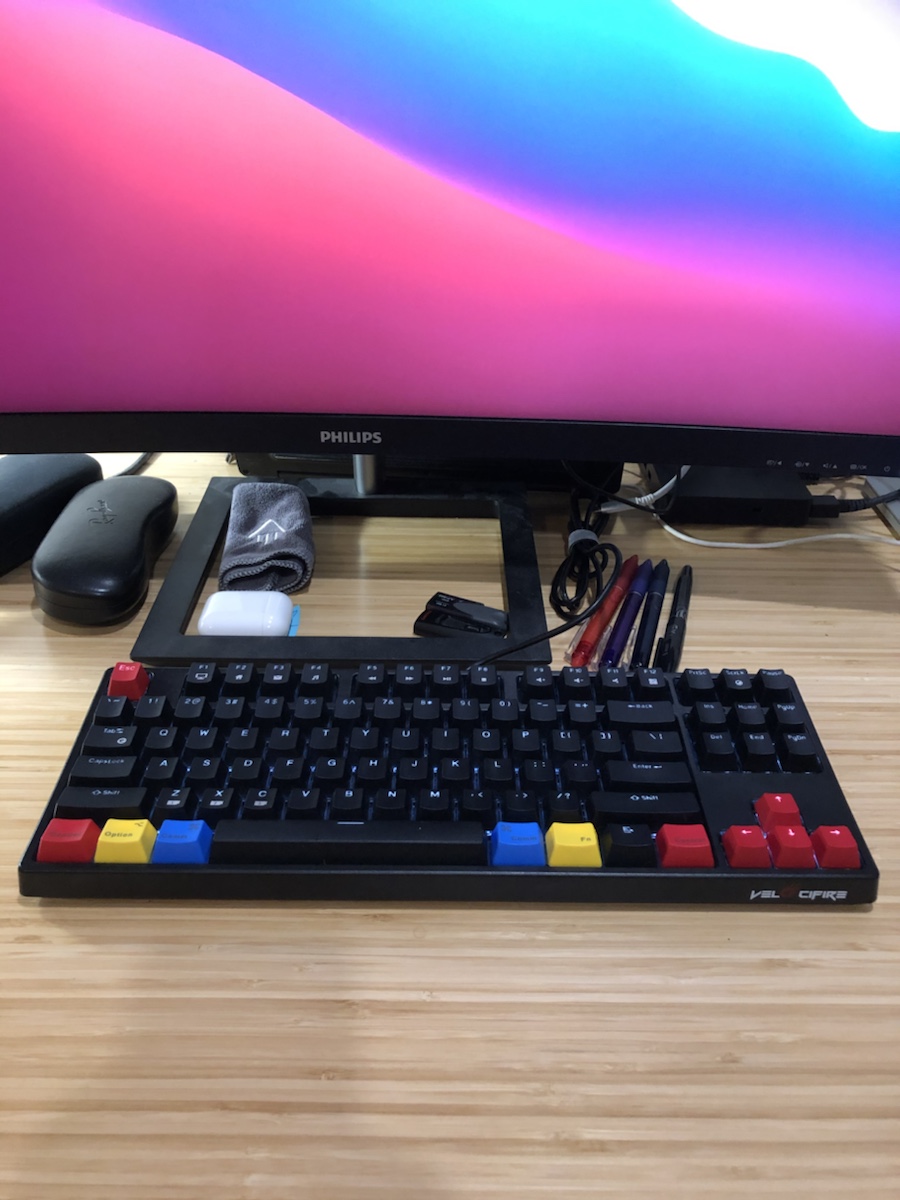 When it comes to typing, I’m probably one of the fastest typists I know. That sounds kind of prideful, but is it really prideful when you’re speaking the truth? I’ve been typing since 5th grade and when I was playing around with a borrowed typewriter at that age, my mother said, “If you’re going to type, use the right fingers”. She showed me how to type properly, for the most part, and from there my speed just picked up a lot. I aced a keyboarding class my senior year of high school, where I was entered into a statewide typing competition. I came in third. I was struggling with the space bar on my IBM Selectric II that day. Later, when I went to college to become a music teacher, I had a harder time playing piano than I thought I would have. I can plunk out music but I can’t make people weep with beautiful tunes coming from a piano; I figure I used up all my keyboard-related bandwidth on learning how to type.

Because I type for a living I’m very picky about my choice of keyboard. To this day my favorite Mac keyboard was in my 2005 PowerBook with its aluminum keyboard. I loved that keyboard and I had a hard time adjusting to the newer keyboards introduced in later models. I’ve never owned a MacBook Pro with the “butterfly” keys, though my husband’s MBP had that type of keyboard. It’s comfortable to type on but it’s not particularly reliable and I don’t really get a pleasing experience while using it. But it gets the job done, I suppose.

Mechanical keyboards are awesome and lately I’ve been gravitating towards the Cherry Brown switches in the Velocifire keyboards found Amazon. I don’t need a number pad; I find the narrower footprint works better for when I’m using a mouse. I have two of these keyboards; one for work and one I hook up to my iPad Pro when I’m writing long prose (much like I’m doing right now). This particular keyboard is notably affordable on Amazon. Other mechanical keyboards can go for well over $100.00. That’s a lot of keyboard.

One of the things (of many) that drives me crazy about using work’s Windows 10 laptop is there is such a delay between key press and display on the screen. I’ve followed several online guides to remedy this, I’ve swapped out keyboards to see if it was related to the keyboard (it’s not), and I’ve noticed the same issue when using the built-in laptop keyboard on the computer. It’s one of the reasons I tend to use my personal Mac for work, in fact, I use the same exact keyboard on both computers and notice no lag on the Mac. It must be a Windows thing.

Of course, mechanical keyboards can be loud, though the Cherry Brown switches are not nearly as loud as the old IBM Model M keyboards from the 80s that endure to this day. How I’d love to get my hands on one of them again.