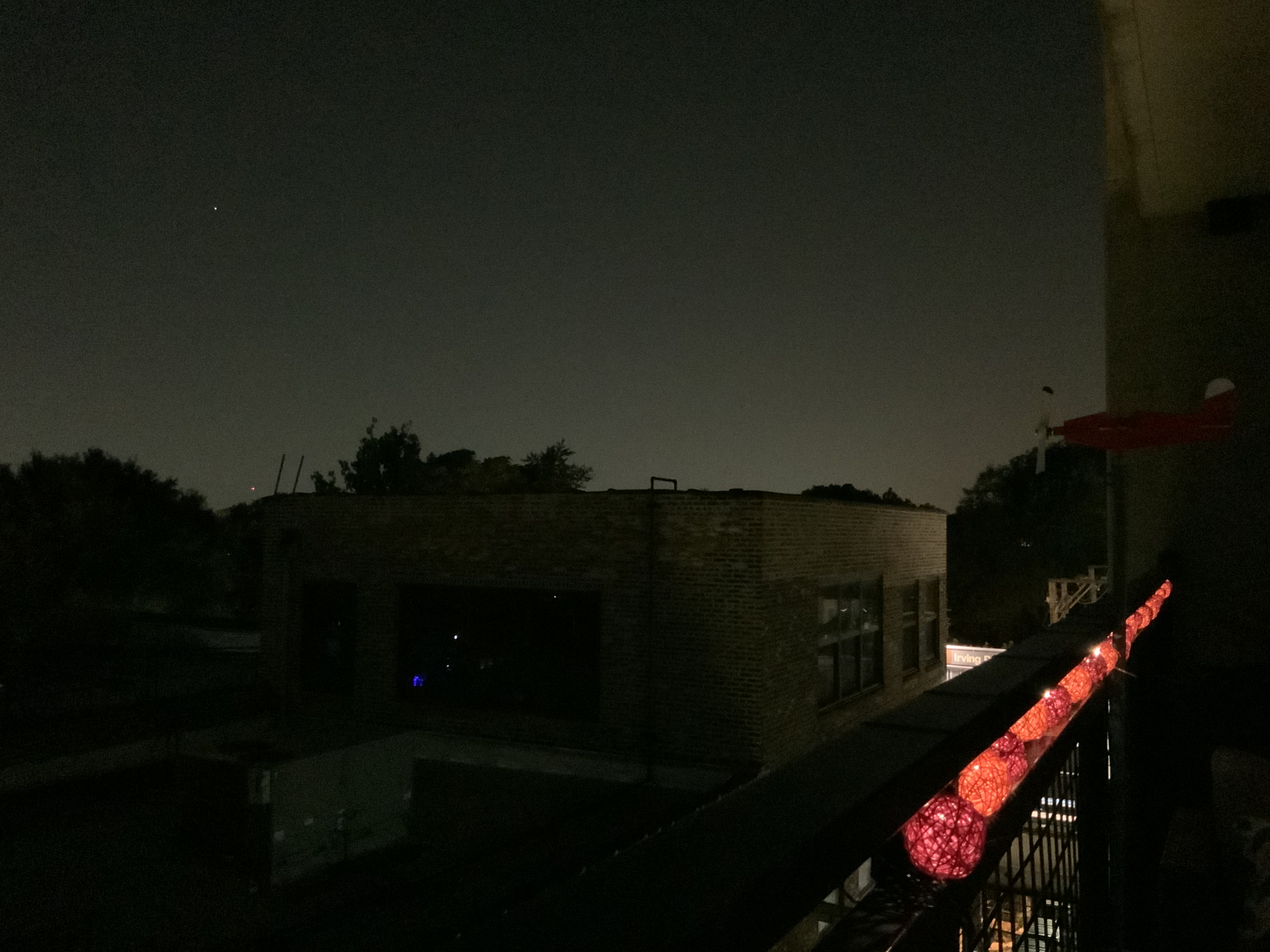 I’m sitting on our balcony enjoying a glass of wine and recovering from watching much of the latest Democratic debate. This time it was hosted by ABC and then packed 3500 people into an arena to cheer and yell and get that whole “make it a sport” vibe going. If you liked candidate one the best, call 1-866-HELPUS1 from your Cingular Wireless phone. Winners to be announced next week after a concert by Dave Matthews with Hootie and the Blowfish.

I’m typing a blog entry using the virtual keyboard on my iPad Pro. Apple was quick to show off a miniature keyboard on the iPad Pro during their event on Monday, but even with iPadOS on this device I can’t figure out what gesture shrinks the keyboard. I’m still mixing up undo and redo as well and I haven’t mastered “cut and paste” with the grab and drop gesture. Perhaps I need to be facing east or something.

There are thunderstorms moving into area and even though it’s mid September it feels as stifling hot as a hot summer night in July. This weekends suppose to calm down a little bit unless someone grabs a Sharpie and changes the weather.

I’ve been pondering spirituality a little bit over past couple of days, and how spiritual beliefs can enhance one’s life instead of dictating it. I haven’t quite figured this out in my head, but I’m being a geek about it and trying to marry my love of science and reason with a spirituality around energy and love. I do not think these concepts run in opposition of one another and I do believe certain spiritual beliefs can be intertwined into one’s life intelligently. Perhaps I was moved by last night’s viewing of the fan film from the Star Trek Universe called “The Holy Core’. I also had an amazing conversation with a monk a couple weeks ago, perhaps the effects from that are still weighing on my mind.