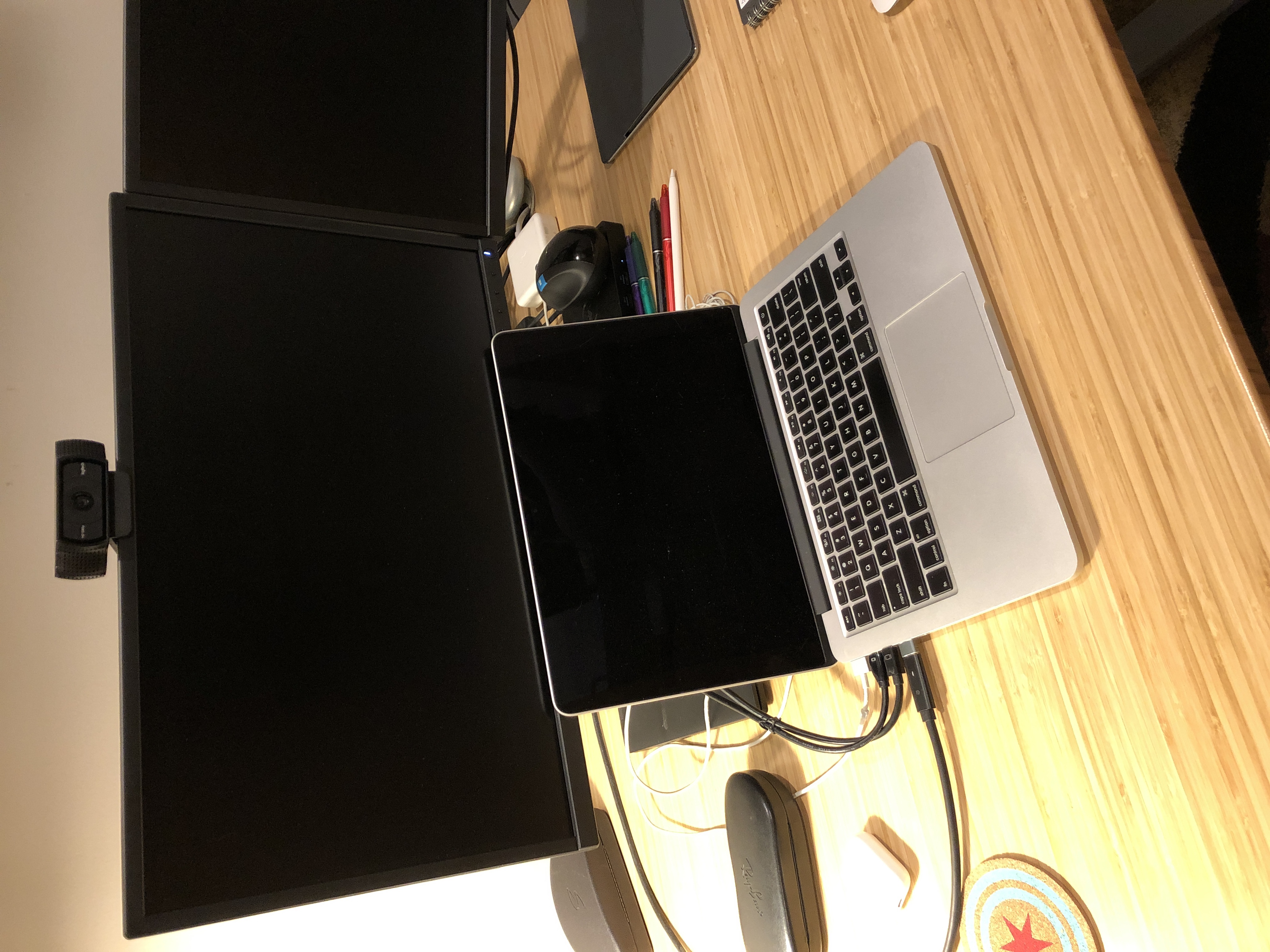 This is my work Mac. It was assigned to me as my work computer in June 2015. I was a bit of an outlier in the company with this Mac; when I was convinced I should join the company I said I wouldn’t do it unless I could work on a Mac and they relented. I wasn’t the only one using a Mac but the number of us was small. It’s the last generation of MacBook Pro before the new keyboard was introduced to frustrate the masses. I have since been assigned a Dell Windows 10 computer that I don’t use as much as I’m suppose to. My workflow works best on a Mac.

My husband’s iMac is older than this Mac and it’s getting a little long in the tooth. I’ve also been looking for a desktop to use in the same space as my work Mac because I really want to get back into video editing again. I have hours and hours and hours of flight video that I’d like to put together in clever ways to share with the masses. I’m not looking to make money with my flight videos, rather I’m more interested in sharing my passion for aviation as widely as possible.

My husband should have a laptop of some sort. We have tried the iPad Pro route and he doesn’t like the limited experience the iPad currently offers. I know Apple insists that tablet computing is the way of the future, and there are many that use their iPad Pro full-time (in fact, I’m typing this blog entry on my iPad Pro), but in reality, iOS is not there for the average computer user to make the switch to a tablet as their full-time computer. The logical choice would be a 13-inch MacBook Pro with the option of plugging into an external monitor.

Apple’s offerings are so expensive!

So I took a gander through Best Buy last night and I was underwhelmed by every computer I looked at. I typed on premium computers made by Dell, HP, Lenovo, Asus, Toshiba, Samsung, and Microsoft. The closest thing that came to the quality I would expect from a computer in 2019 was the Microsoft Surface line, but there was something I just didn’t enjoy. I don’t know if it was the power connector hanging off like it 2005 or the overwhelming interface of Windows 10, but I was not as impressed as I thought I would be.

Perhaps my expectations are too high.

I was encouraged to see that Apple bumped up the MacBook Pro line yesterday and also announced that they’ve modified the new keyboard design (again) to address the stuck key issue users have been dealing with for literally years. After Best Buy I went to the Apple store last night and played around with a MacBook Pro with TouchBar. It was interesting. I was surprised at how loud the keys were with each press and I wondered if the TouchBar was actually ever used by the average consumer. Looking at the specs of each device I went into geek mode and realized the computers at Best Buy, while not built as well as the Apple devices, had higher specs at a lower price. I really want to make sure this next computer for my husband lasts for a number of years, so I try to get as much RAM and hard drive space as fiscally possible.

I think I’m going to end up waiting until after WWDC in a couple of weeks to see what Apple announces in the way of iOS and Mac OS upgrades in 2019. But right now, I feel like the general computing experience for the average user in 2019 is at a weird, uninspiring, lack of innovation limbo of sorts. Prices go up with no real benefit.

We really need the next Steve Jobs, whomever he or she may be, to share their vision and get us moving forward again.