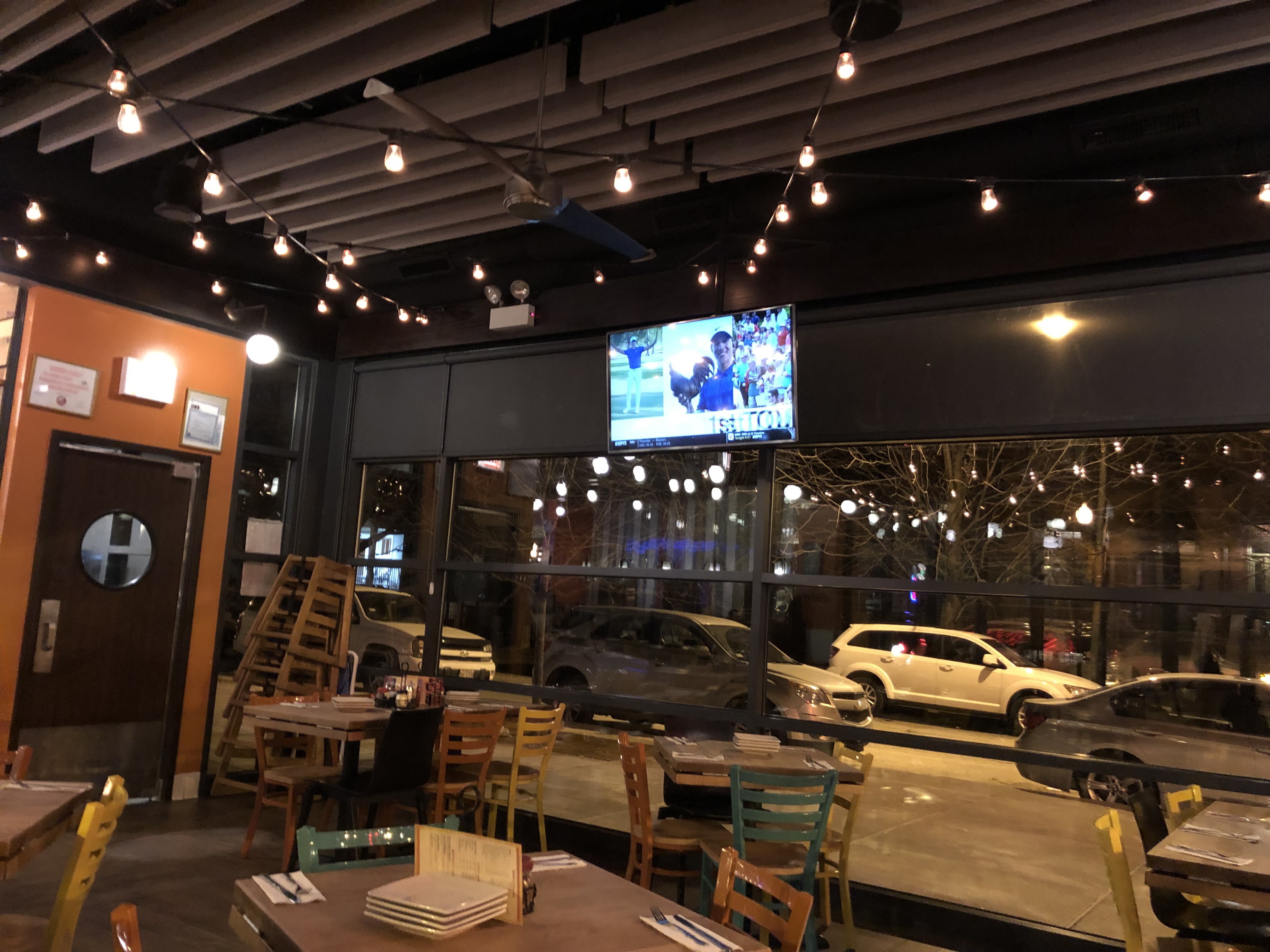 It hasn’t been quite 20 years since TVs started appearing en masse in restaurants. Prior to 9/11 it seemed rare to see a television in a diner or family restaurant. Televisions were usually relegated to pubs and sports bars and the like, but after 9/11, everyone was glued to the news and televisions started appearing everywhere. Moving from old CRT televisions to cheap flat panels certainly helped the cause.

Living in the third largest city in nation affords us plenty of occasion for adventure, and while we are out and about I enjoy reading up on restaurants, checking in, and leaving my impressions of the experience on Yelp. In fact, I’m an EliteYelp Reviewer for the 3rd year in a row. I don’t know what that means other than I get invited to nifty parties, but it’s kind of cool having that badge next to my name.

The content of programming on these ubiquitous televisions in restaurants and eateries weigh into my rating. I’m thinking if you insist on showing the news on the monitor hanging from the ceiling, you should probably be showing something fairly neutral, that is, if there is such a thing in the United States these days. MSNBC? Too biased. Fox News? Not even close. Local news coverage? I can handle it.

When I see all these televisions invading our gastronomic adventures I can’t help but think of George Orwell’s “1984”, where there television everywhere so Big Brother could command the masses.

It’s a little startling to think that some apparently thought “1984” was some sort of handbook or user’s manual.

I’m struggling to keep my phone in my pocket when we’re out and about, so I have a little extra time to notice all this news being beamed into our meal space.

Big or small, a tether is a tether.