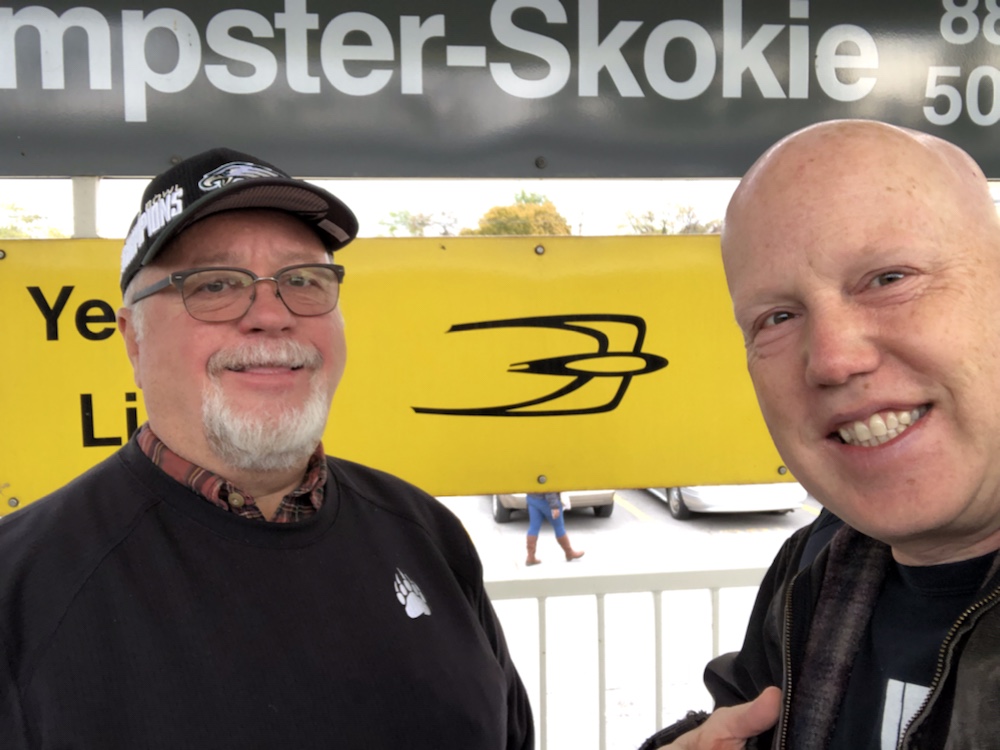 On a dark, snowy day last winter I took the CTA Brown Line down to the Loop and started riding out of downtown in random directions on the various other colored lines of the ‘L’. It was a fun experience and it was a good way for me to experience parts of Chicago that I wouldn’t otherwise see in my day-to-day travels.

Before moving to Chicago we’d taken both the Orange and Blue lines in from Midway and O’Hare respectively, but that field trip was the first time I had been on the Green, Pink, and Purple lines.

The CTA Yellow Line is the only line of the ‘L’ that doesn’t touch the Loop, as it starts at the Howard stop, the northern end of the Red Line, and heads out to Skokie. There are a total of three stops on the Yellow Line.

I told Earl that I needed to do something a little mindless today, so we hopped on the Brown Line, transferred to the Red Line at Belmont and headed north. We took our first ride on the CTA Yellow Line and are now sitting in the Starbucks sitting not too far away from the northern end of the Yellow Line.

Because the Yellow Line is out in the suburbs, the 5000 Series trains (same equipment as used on the other lines aside from Orange, Blue, and Brown) don’t move much faster in the open spaces. I honestly didn’t know these CTA ‘L’ trains could move this fast. And the vibe in the suburbs is so different from that in the city. Not bad, just different.

I am so fascinated by things would otherwise find mundane.