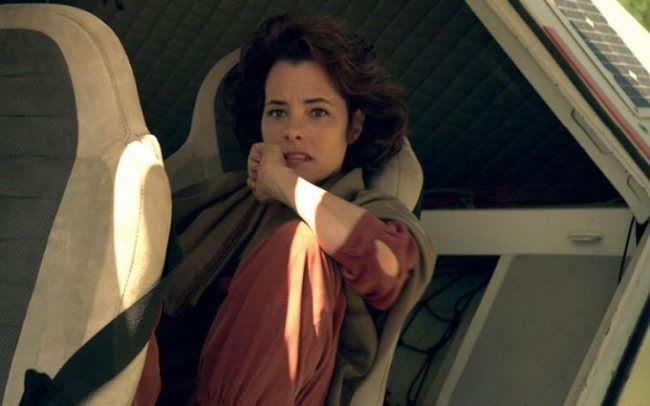 Friends kept telling me that Earl and I just HAD to watch the “Lost In Space” reboot on Netflix. I watched episode one and I was mildly impressed, so I re-watched it with Earl to bring him on board and we’ve been watching the series on and off over the past couple of months. It’s not really a “bingeable” series in my book, but we started it and I suppose we need to finish the task.

I’m not sure where others are in their “Lost In Space” viewing so I’m going to try to keep this as spoiler free as possible.

The musical score is great. The CGI is very good for a television series. The sets, while looking quite Earth-like even though the show doesn’t take place on Earth, are decent. The stories become quite formulaic as the show goes on but they’re engaging.

The only thing I really don’t like about the show is the reboot of the character of Dr. Smith, played by Parker Posey.

First of all, I know that Parker Posey is a fairly talented actress, so I can’t figure out why she knows nothing outside of three facial expressions for her character. There’s “smug”, “manipulative”, and “confused”. She has nothing outside of these three facial expressions and all of them have the same accessory: her mouth agape and her hair poofed up. I get that she’s suppose to be the villain, but the character is so poorly written that there’s absolutely no redeeming quality to her presence at all. She doesn’t advance the plot. She doesn’t bring out anything remarkable in other characters. She distracts and detracts. A good villain is one where the audience can find something to identify with, even if the viewer lets their evil side loose for just a moment. There is nothing redeeming nor enjoyable about this Dr. Smith. Aside from her mouth agape and limit of three facial expressions, you know what she’s going to do, what she’s going to say, and that she’s going to mess something up along the way. One could easily fast-forward through her scenes and you wouldn’t miss a beat in the storyline.

The character is a waste of time.

I like the tech they’re showing. I like the team work and the family bonding and the science stuff behind the scenes. There’s some hokeyness to some of the science but then again, I grew up with a franchise that had transporter beams, so I can overlook a lot of the convenient science.

But the character with poofy hair and mouth agape on the screen? I wouldn’t mind if they blasted her out of an airlock in the trailer for season two. It might make me reconsider watching the show when it comes back next season.