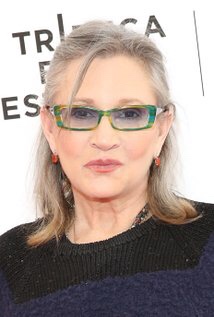 I’m not a huge “Star Wars” fan but I’ve been to most of the movies. My first date, at the age of 12, was to see “The Empire Strikes Back” at the one-show theatre in my hometown. The theatre was called the Kallet theatre (it was built in 1942), and my date that night was one-half of a set of identical twins. Her name was Karen Black. She didn’t scream “there’s no one to land the plane!” because there was no plane. We had a nice time. The girls made me choose between the two for that date. It was my only date with Karen.

I reminisce about “The Empire Strikes Back” because the latest Star Wars move, “The Last Jedi”, has a lot of reminiscent elements in it. I’ve been a fan of Carrie Fisher for a number of years; her later interviews and the like, when she exuded her unique personality, have energized me when I’ve felt the world closing in a little too much. Watching “The Last Jedi” reminded me that we have nothing but history to rely on for Carrie now.

Overall the movie made sense (even though I haven’t seen the previous movie) and it felt like a Star Wars movie. Lumbering shooty things, Laser Guns making the same noise as the Dome Stomp at the Carrier Dome in Syracuse, New York and crystal dogs running around. And of course, The Force. Even though it’s part of a work of fiction, I believe there’s a real Force that connects us all in a way the vast majority of humans will never realize. If we quiet ourselves and listen, we might hear it someday.

Or if we just be like Carrie, and just be ourselves, maybe that’s part of the key.

Here’s a video of someone doing the Dome Stomp. The first time I took Earl to the Carrier Dome, we did it together.