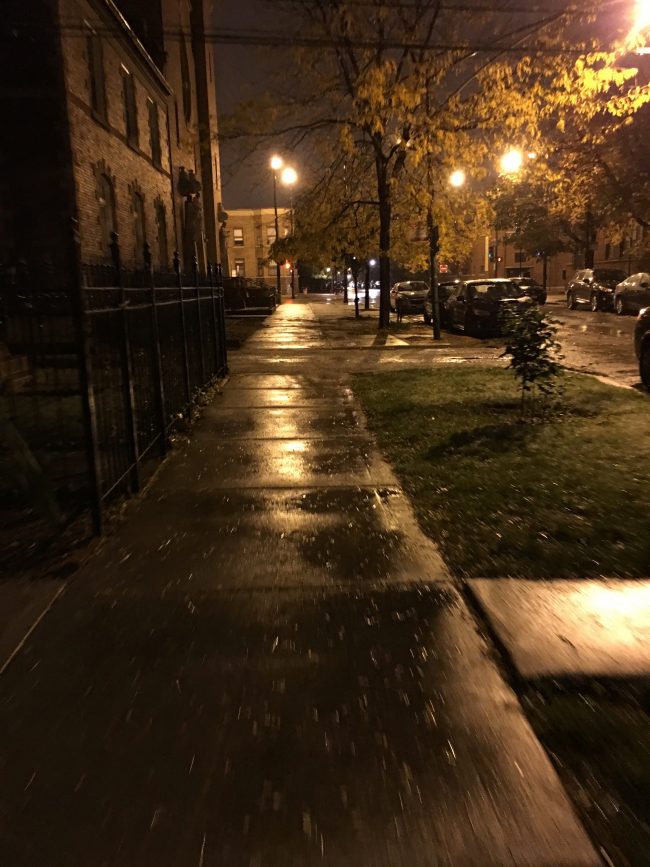 Since I’m restricted from cycling this season (due to my surgery earlier this year) I’ve been doing a lot of walking. One of the beautiful things about Chicago is that it’s a very walkable city. Our neighborhood has a nice blend of commercial, industrial, and residential streets to choose from. There are people out at all hours of the day and night. Many dogs live in the neighborhood and they enjoy walking their humans around.

Tonight the weather was misty and it was dark early. I still managed to go for a stroll around the area. The homeless man that sleeps under the railroad bridge was getting settled in; a woman stopped by and gave him a pizza. I found that encouraging. I now feel more comfortable doing something similar in the future. I watched their interaction. She called to him from across the street making a point to not invade his space. I do the same when I walk by.

I’m hoping to continue my daily walks regardless of the weather, something I couldn’t do before we moved to Chicago. It’ll be cold soon and I’ll be bundled up like crazy but I’m hoping the streets will remain walkable. I’m feeling benefits from the increase in exercise. I want to continue that trend.