The pictures I’ve posted of our neighborhood have had a residential look to them. We are surrounded by many streets with beautiful houses, some new, some old, all interesting. This only shows part of the picture, in actuality Earl and I live in an area that has deep industrial roots.

Within two blocks of our home are large industrial buildings once occupied by the Bell and Howell company and by the Manz Printing Company. Many other companies were once located in this area. Several of the buildings have been repurposed into residential living space. There’s also quite a few craft brewing companies and high tech startups in the area.

Our street is bisected by one of the METRA lines that bring commuters in and out of Chicago. The railroad line is elevated, so our neighbors “across the street” are actually across the street, over several tracks and across the street again, yet they are on the same street name with a difference of one house number.

Last weekend Earl and I went to the Art Festival which featured exhibits outside and inside some of the repurposed buildings from the early 20th century. It was a beautiful day and it was awesome to see the inside of these buildings. Great care has been made to bring the buildings to their former glory.

It’s all very encouraging. We could use encouragement these days. 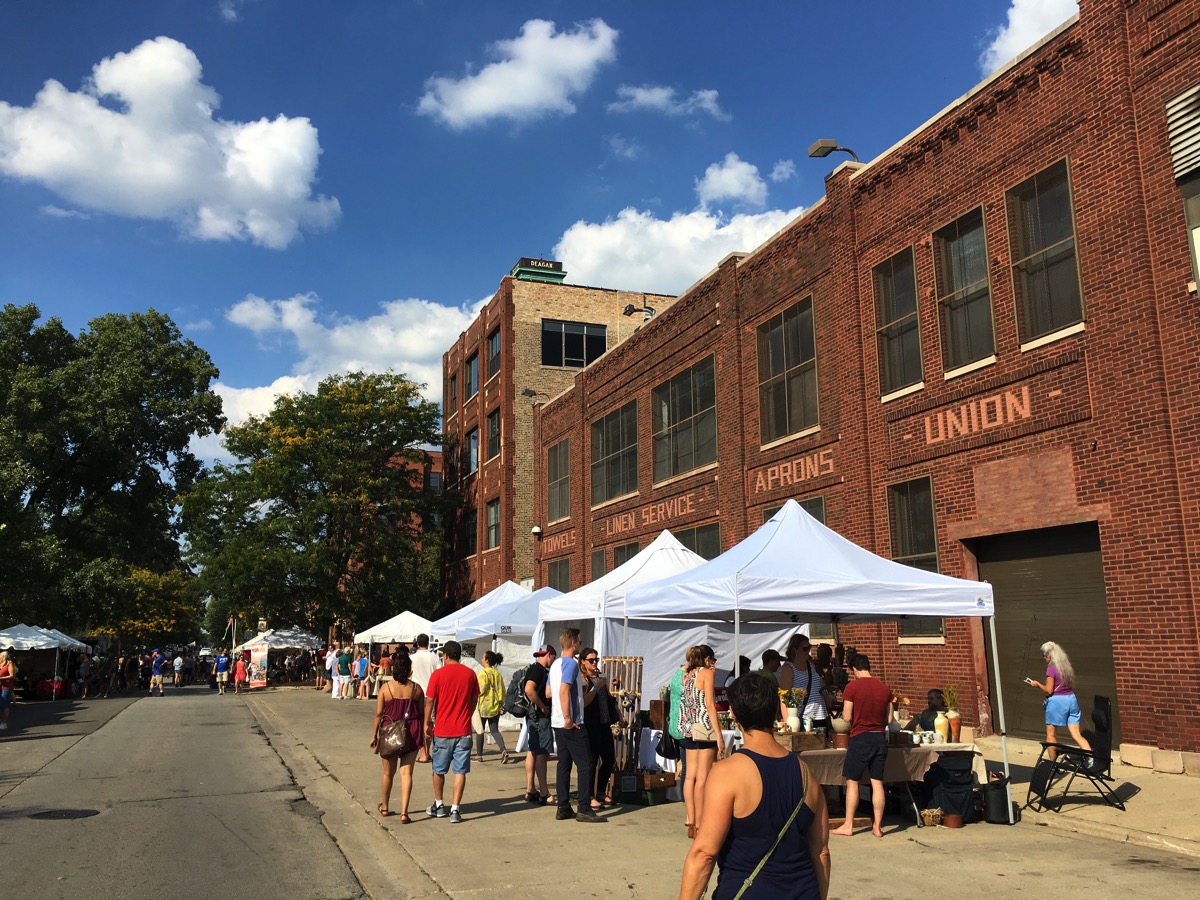 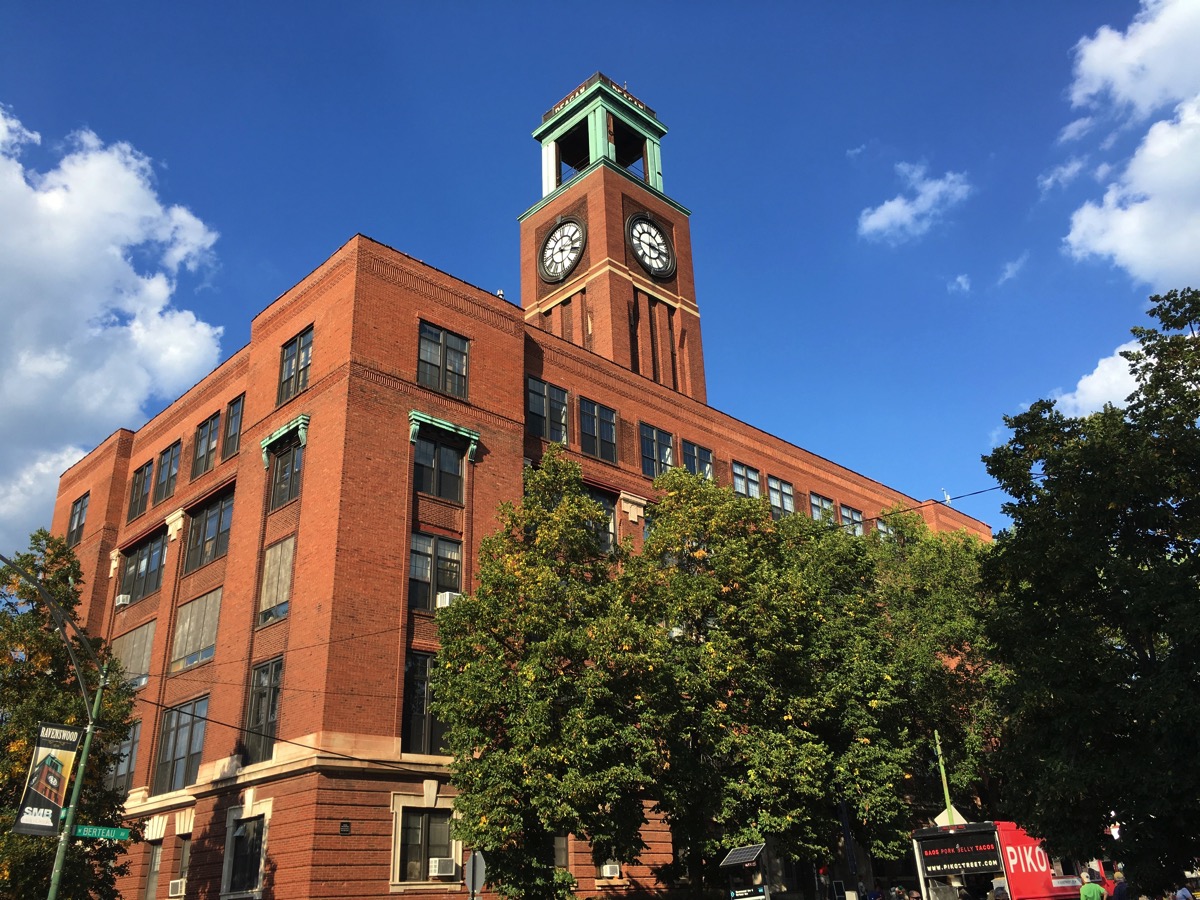 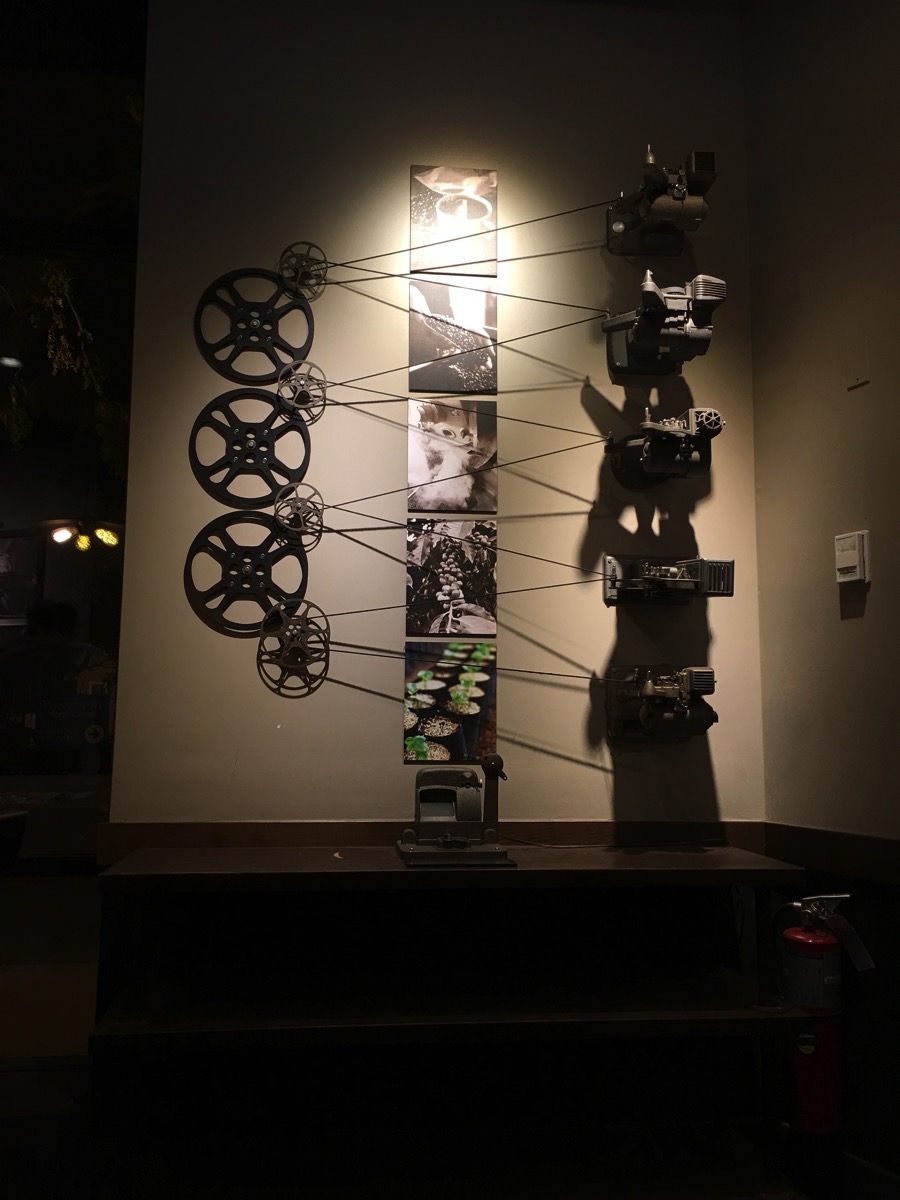