So this weekend we went to the Chicago Expo at Navy Pier. I wasn’t sure that I would enjoy browsing art for the afternoon, but after gazing upon several interesting performance pieces, displays and the like, there was one piece that moved me to tears.

I never thought I would shed a tear over art.

A search on the Internet found this article about the particular piece that helped me find tears.

The gallery’s rear rooms contain videos on nine monitors comprising Scenes from Western Culture (2015), seemingly innocuous slices of contemporary life that range from nineteen minutes to a little over three hours. In one, jazz pianist Jason Moran and mezzo-soprano Alicia Hall Moran dine at Upstairs at 21 in Midtown. Framed by a bland mural of Grand Army Plaza and Bergdorf’s, they enjoy an uneventful dinner with barely audible conversation ranging from music to basketball players to wine. As in all but one video, the camera is stationary, and the film loops with an imperceptible edit. In The Pool, the painter Elizabeth Peyton swims laps for twenty-four minutes; the frame tracks her laterally as in Olympic coverage. Her yipping terrier doggedly follows her progress. In Dog and Clock, a Shetland Sheepdog lies on a rug before a grandfather clock in Nobel laureate Halldór Laxness’s house museum. When the clock oddly strikes at 4:05, she dutifully barks after the fourth chime. In The Boat, a man docks a vessel on a lake, helps a woman out who walks away, then unmoors the craft and putters off-screen, returning a few minutes later with another woman, repeated for over two and a half hours. It is gorgeous and monotonous, although briefly Chaplinesque when he inadvertently falls into the drink. Burning House is a ninety-two minute shot of exactly that, in a Swedish wood, the conflagration seen against dark conifers. Lovers shows the luxury of day sex in an affectionate and explicit scene between a man and woman with interchangeably long hair.

There is something about the composition that moved me.

In addition, when I glanced over there was a young man in a flannel shirt standing by himself looking at the work. He stood with his hands crossed the exact same way that I cross my hands when I am lost in contemplation. 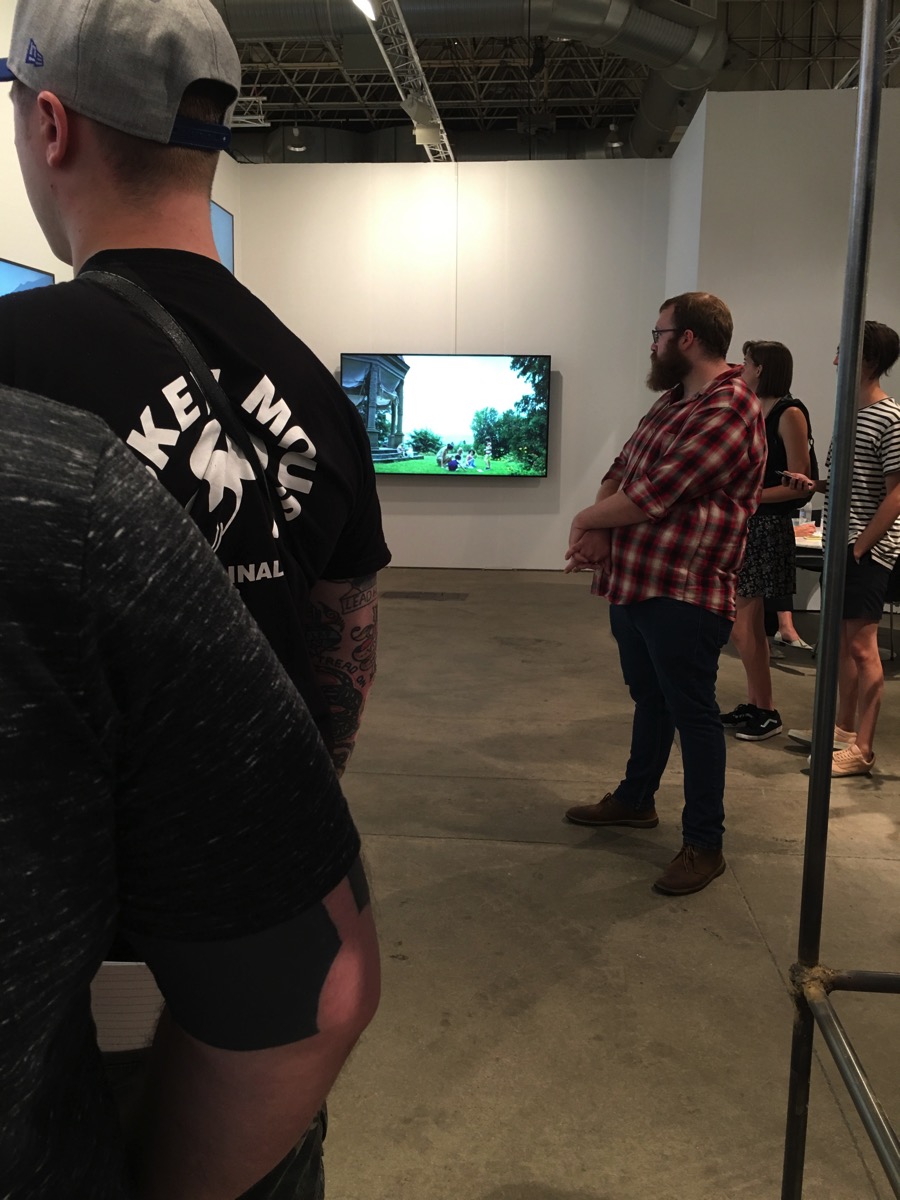 While I thought the afternoon would be spent looking at things I wouldn’t really comprehend, instead I found myself thinking, pondering, and feeling motivated to be creative in my own way. 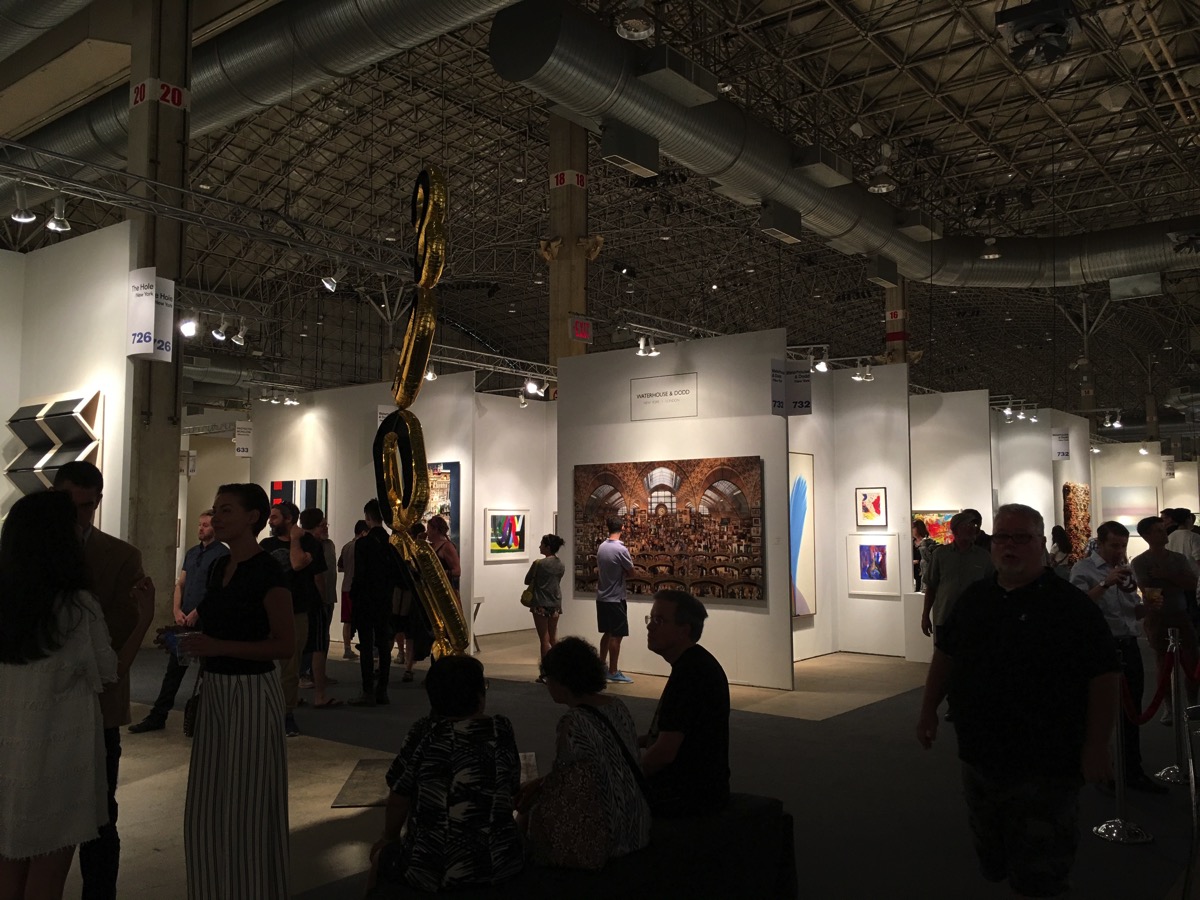 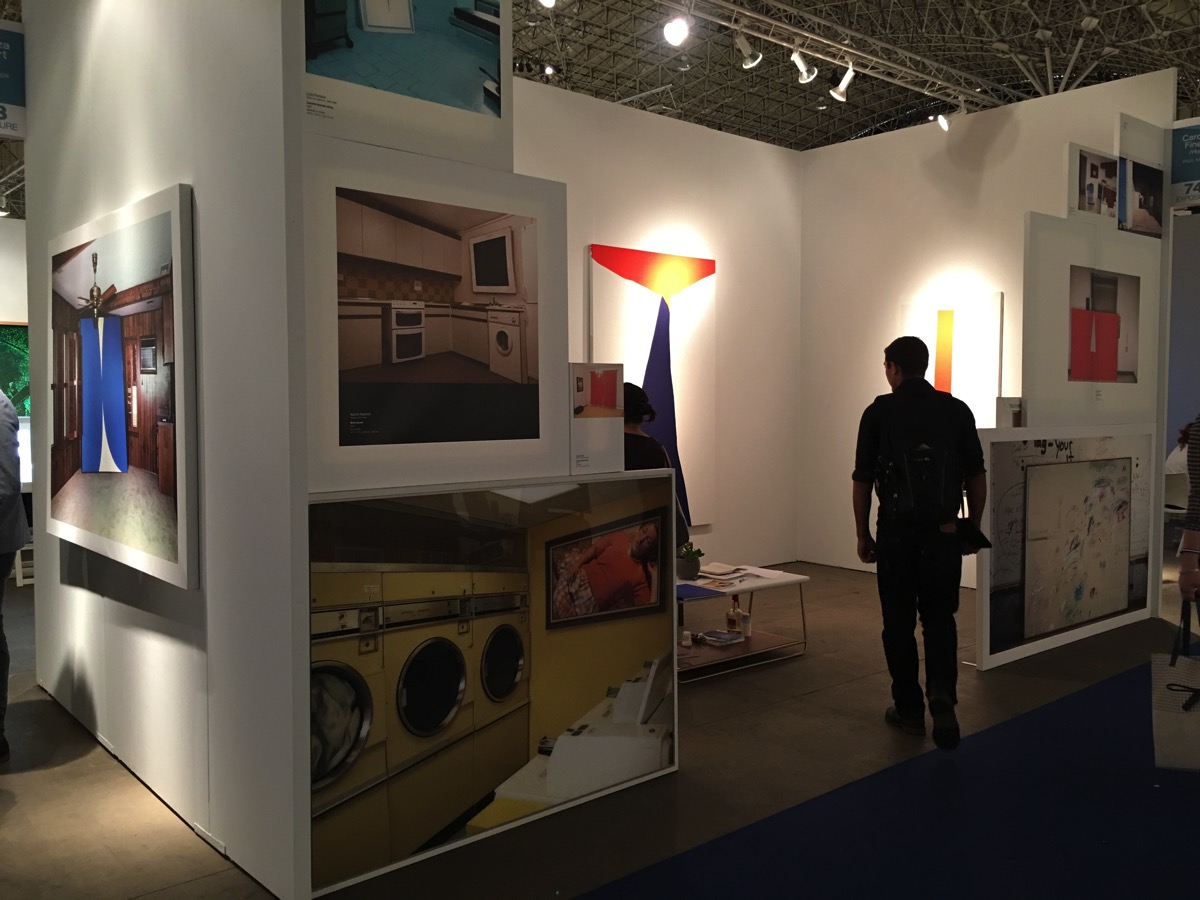 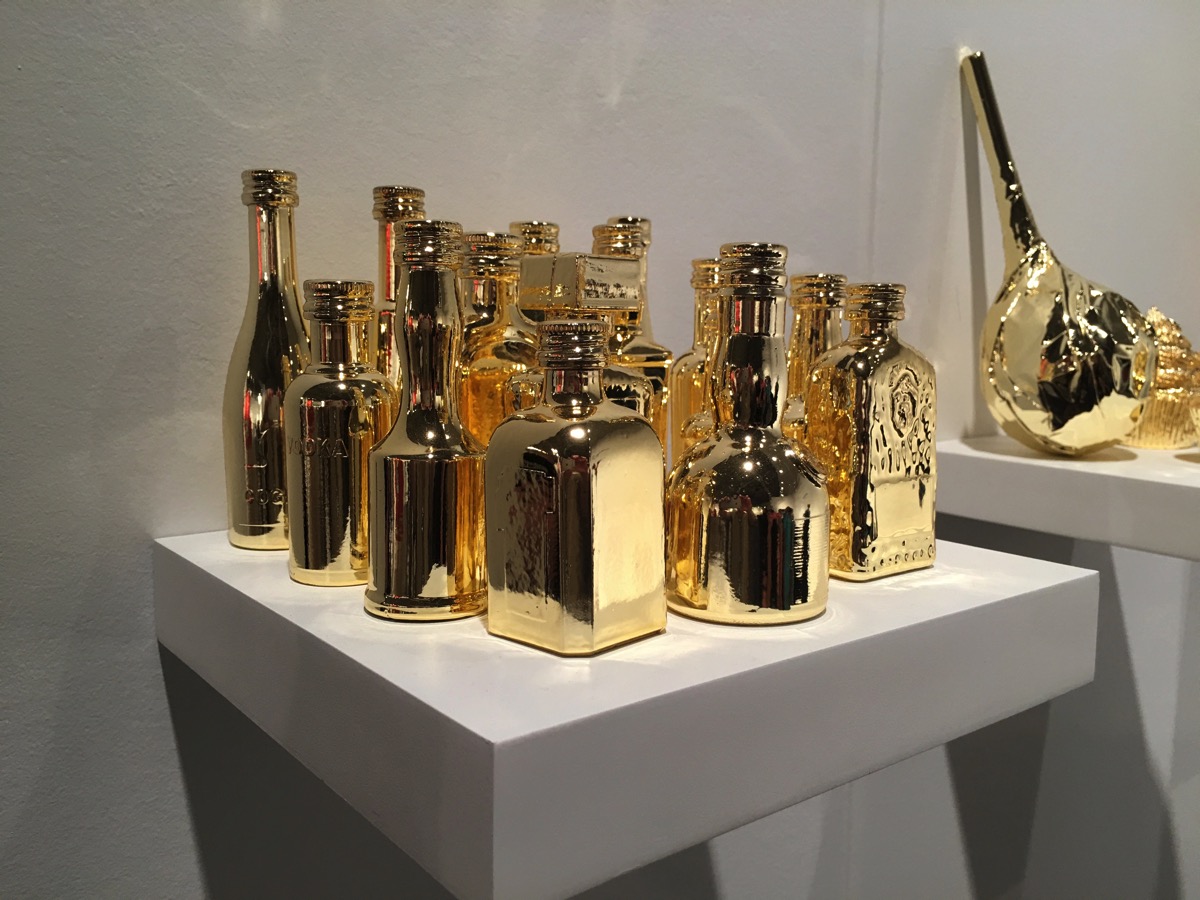 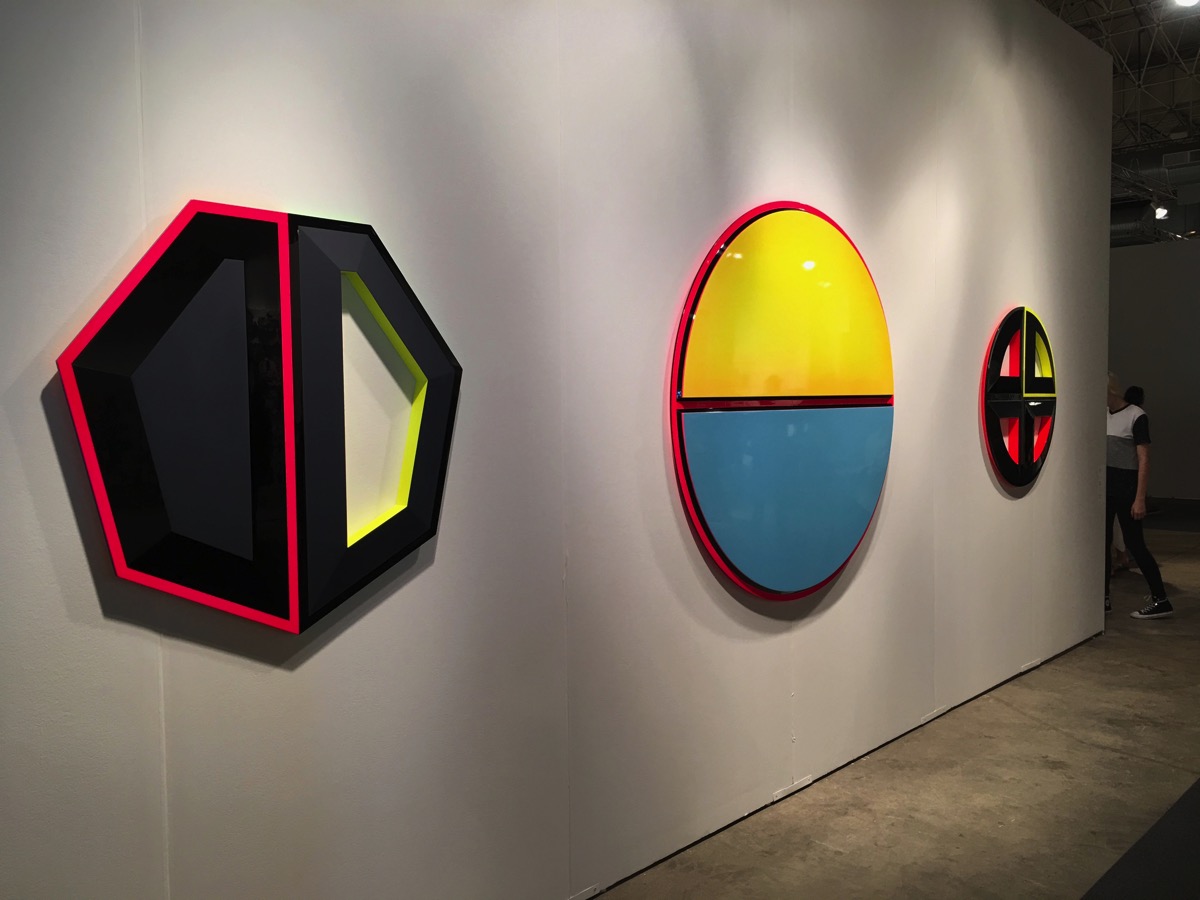 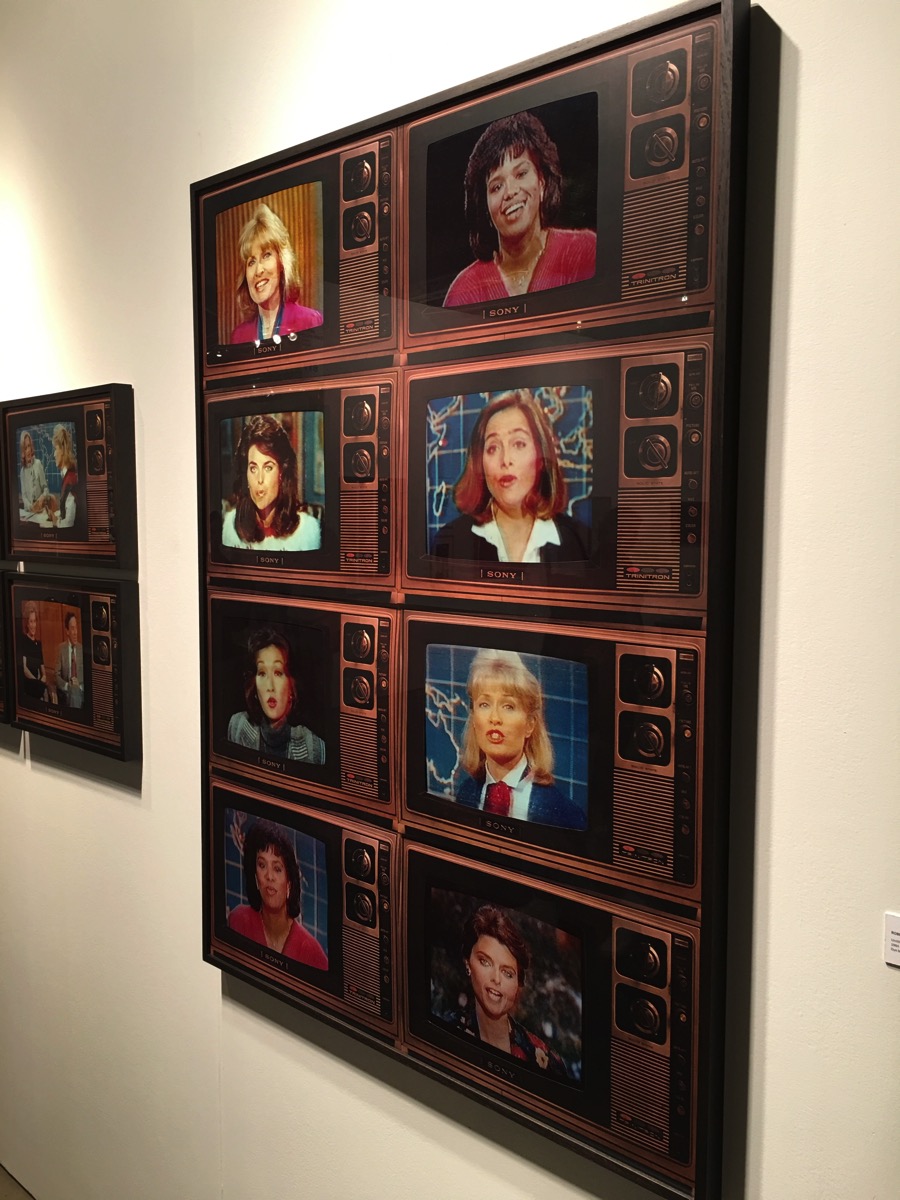