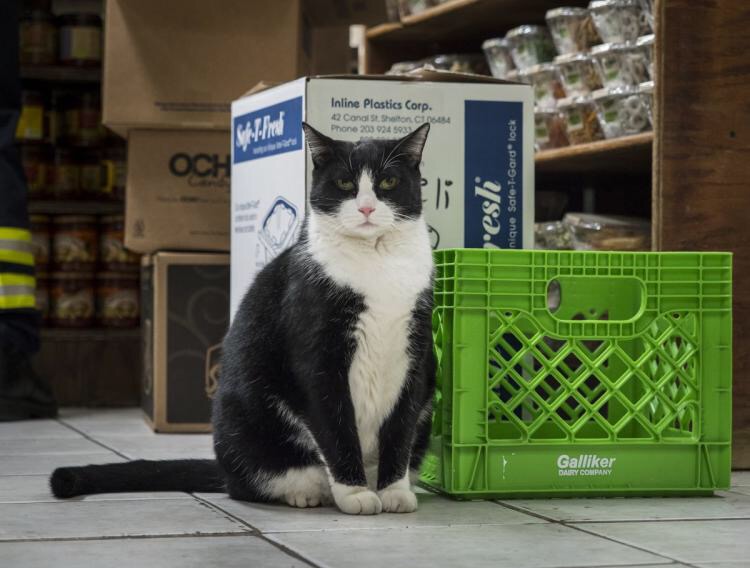 My great Aunt Jenn lived in the “urban area” of Syracuse when I was a kid.  We wouldn’t visit her very often at her home outside of picking her up for family gatherings in the suburbs, but when I was in elementary school we’d visit once in a great while.  She’d give us a dollar each to head down to the corner store where we could buy candy or something of that nature.  I always liked the corner store; the owner didn’t know who we were unless we walked in with Aunt Jenn’s grandchildren. On those occasions we were greeted with a smile. The folks at the store spoke with an accent, though I don’t know the origin of it.

Growing up in the country we had two little stores about a mile from our house. Mom would venture there from time to time. One had a butcher in the back, the other store was a milk and bread kind of place. The cashiers at both stores were very friendly. There was something comfortable about having a neighborhood store, whether it was down the block or a mile away. It helped reinforce the whole neighborhood vibe. You knew these people and you wanted their establishment to thrive.

Big chains don’t do that.

Yesterday two ex-Google employees announced their new company, which is unfortunately called Bodega. Their get rich quick scheme is to place oversized vending machine boxes in strategic locations (hotels, condo and apartment building lobbies, gyms, etc) where, through a whiz bang use of cameras, phone apps, and Big Brother style monitoring, you can pick up the items you so desperately want from these impersonal boxes. App metrics will undoubtedly track your every move and someone will fling ads your way based on what you bought. It’s the way of the world, or at least the Silicon Valley.

The name Bodega comes from the convenience stores of New York and Los Angeles. These are neighborhood fixtures where you get what you need from a friendly face that you know and converse with. Chances are there will be an accent along the way somewhere. A curious fixture of New York bodegas is the Bodega cat. Probably not legal but they’re helpful in keeping mice and rats away. They are a fixture of the neighborhood Bodega. People love them.

The Bodega vending machine people went with a cat for their logo.

I briefly wrote about this on Medium in response to the blog entry from this vending machine company, but the biggest failure of this venture, outside of the misappropriation of the name, is the lack of human interaction. The lack of neighborhood.  The lack of community.

Our society can not and will not survive if we strive to be completed disconnected from one another. Internet and other technology based interactions can be a conduit to a more personal means of communication; we have several friends that we would have never met if it hadn’t been for the Internet. I don’t know if it’s because I’m a Gen-Xer or what, but lately communication confined to electronic means only has felt very hollow to me. We feed off the energy of one another. Though some are hesitant to admit it, we need a human connection to thrive. We need a neighborhood. We need a community.

Any technological advances that strive to reduce human connection are not advances at all but a step in the wrong direction. We can make it shiny and beep, but there’s no energy, no life force, in the cold of glass and steel.

We should strive to support our neighborhoods, our local businesses, our communities and most importantly, each other.

And don’t forget to greet the cat at your local Bodega.