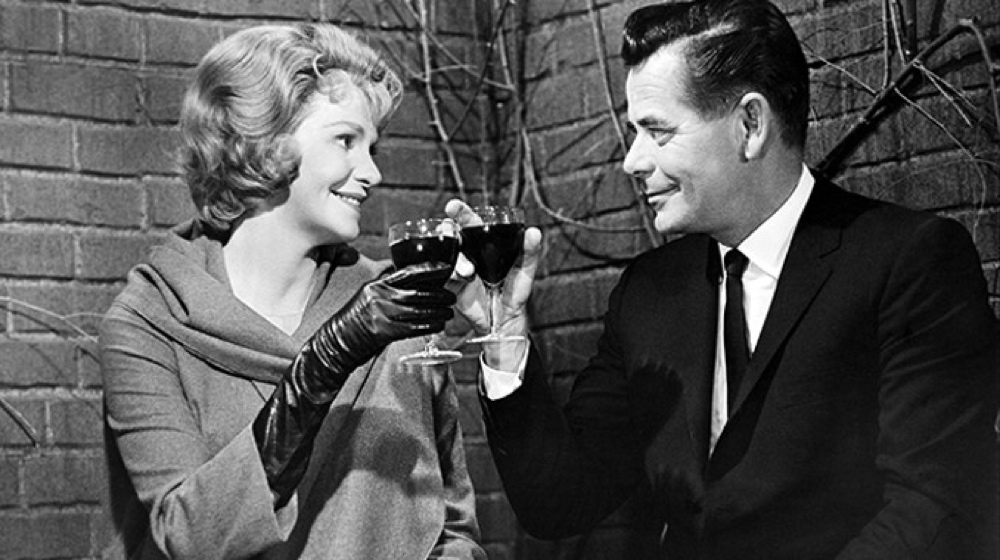 One of my favorite “classic” movies is “Dear Heart”, a romantic comedy from 1964. Filmed in black and white, “Dear Heart” stars Geraldine Page and Glenn Ford as a couple that flirts with each other and ends up together by the time the credits roll. When I was younger I enjoyed this movie because it was the one time that you would see both Mrs. Kravitzes (from “Bewitched”), Alice Pearce and Sandra Gould, share a couple of scenes together, along with a couple of staples from the “Bewitched” series, as well as that old staple Mary Wickes.

As I watched the movie on many occasions over the years, I couldn’t help but notice that the lead character, Miss Evie Jackson played by Geraldine Page, had a charming social awkwardness about herself. She had hotel bellman announce her name of the PA system, she got to know her waiters and waitresses on a first name basis, she complimented strangers on their beards (a rarity in the 1960s), she was friendly with everyone. She was outgoing in a sort of awkward way. I totally identify with that and while I don’t see myself in a female role in anyway (I love my junk and the hormones that come with it), I can awkward like that in social situations. In the past I’ve worried about this sort of thing to the point that I’ve sent messages in my swinging days that said things like, “we’re we suppose to have sex?” but just shy of age 49 I don’t really care if I’m awkward or not anymore.

Earl and I just had dinner at a local Chicago restaurant near O’Hare Airport (let’s say it rhymes with Jiobarno’s) and I chatted up the waitress a little bit. Her name was JoAnn. She was missing a tooth. She seemed flustered, hurried and over it all, but after a few moments of idle chatter she calmed down and we ended up having a pleasant time that was originally off to a rocky start (it took a long while for any of the service staff to discover us). I believe that once I worked up the gumption to engage in some idle chatter (fueled by 48 ounces of 312 Green Line IPA) and JoAnn relaxed a bit, everything worked out in the end.

There’s nothing wrong with complimenting a man on his beard or asking a woman how her evening is or exchanging chit chat with a stranger as you climb to your floor together. Sure, as a middle-aged “Dad” type I might creep into the realm of creepy for some, but pay attention to me and you’ll discover that I’m not some creep. Listen to my words and you’ll discover that we can all relax.

I think we need a little more social awkwardness in the world today so that we can break the ice and find common ground together In Real Life. Get off the phone, chat up a stranger and share a smile.

You could brighten someone’s day.