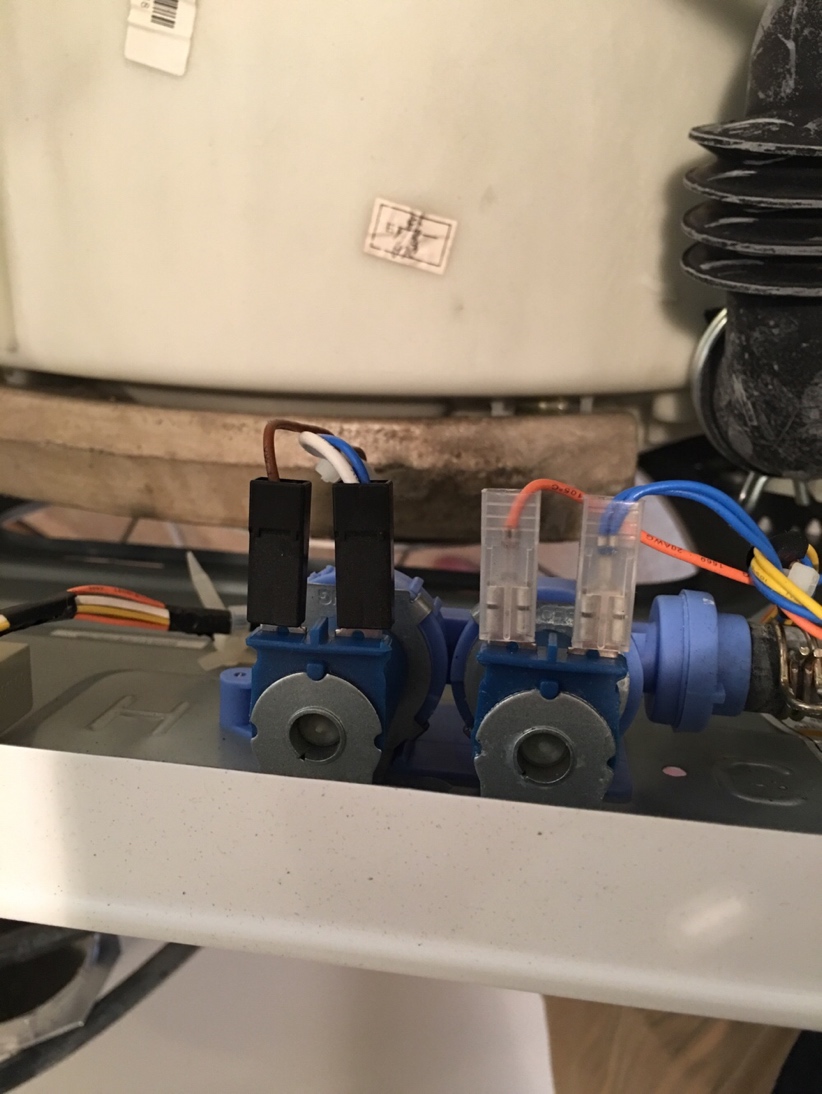 Preparations for the move at the beginning of next month continue around our lovely home. Painting is in progress. Rooms are being emptied and rearranged in a decorative manner. This is to entice those that pass through our house to actually buy our house. Earl has told me that I’m not gay enough to decorate these rooms. He’s handling it.

The washer and dryer, which have been stacked in the laundry room for the past six years, had to be moved to make way for the painters and the guy that replaced the tile floor. The end result was lovely, but when we moved the washing machine back into place and ran a load of clothes (I AM gay enough to require at least one outfit a day), we ended up with water on the new tile floor. The water was coming from underneath the washing machine. The last time this happened we were told that these new washers aren’t designed to have parts replaced and that we should buy a new washing machine, which we did. Earl and I agreed that we were not spending $1000 on a new washing machine for a house that we would be vacating in a month. Worse yet, we’d also have to buy a new dryer because of course GE can’t be making the same washing machine six years later, and the dimensions of the new washers are slightly different so we wouldn’t have a place to stack the existing dryer.

So we disassembled the washing machine to find out where the water was coming from. It turns out that a valve right near the top of the cabinet had cracked during the move. A quick look online revealed that the replacement part was $75. One screw held it in place. The next part arrived, I installed it and voila, no leaks. From the valve.

It sure beats spending $2000 for a new washer/dryer stack.

Moral of the story, if someone tells you it’s easier to buy a new washing machine don’t believe them. Take the time to see what’s wrong and try to fix it yourself. Worse case scenario is that you can’t put the washing machine back together and you have to buy a new one anyway.

You’ll love the sense of accomplishment when you fix it yourself.